Under the former Asia-Pacific Migratory Waterbird Conservation Strategies (1996 – 2000; 2001 – 2006), the Shorebird Working Group was established to implement the Shorebird Action Plans. This was effective in facilitating the collaboration of researchers, site managers and governments within the Flyway. A Shorebird Site Network of 48 sites was established and coordinated by a Flyway Officer. These Network sites now form a key component of the Partnership Flyway Site Network.

The Goal of the group is to promote, facilitate and coordinate shorebird conservation, management, education and research activities within the EAAF and to improve communication between shorebird specialists and managers in the flyway.

Taxonomic groups that occur in the Flyway include:

To promote, facilitate and coordinate shorebird conservation, management, education and research activities within the EAAF and to improve communication between shorebird specialists and managers in the flyway. 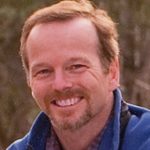 Bio: Richard Lanctot’s interest in shorebirds began in 1982 when he first volunteered to work on a behavioral ecology study of Spotted Sandpipers in northern Minnesota.  He has been involved in many other shorebird studies since then, switching his focus from the breeding ecology and behavior of individual species in the 1990s and early 2000s to population demography and conservation in more recent times.  His PhD investigated the breeding ecology of the Buff-breasted Sandpiper – a species he has studied throughout the Western Hemisphere since 1991.  He became the Shorebird Coordinator for the Alaska Region of the U.S. Fish and Wildlife Service in 2002, where he coordinates shorebird research and conservation within Alaska and the five flyways that emanate from it.  He strongly believes in using science to drive conservation decisions, and as such pushes himself and colleagues to publish their findings.  He serves as the U.S. representative on the Steering group that coordinates the Arctic Migratory Bird Initiative (AMBI, part of the Conservation of Arctic Flora and Fauna work group of the Arctic Council), and is the long-term staff member for the Alaska Shorebird Group and the Western Hemisphere Shorebird Group.  He became Chair of the EAAF Partnership’s Shorebird Working Group in 2015.  As chair, he strongly believes greater communication is needed among the shorebird community, and has consequently, pushed to hold EAAF Shorebird Science Meetings. 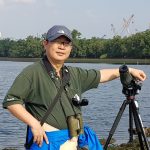 Bio: David became involved in nature reserve and wetland conservation issues in 1994-1996 when he began working for the Wildlife Department in the Ministry of Forestry in Beijing.  In 1997, David joined the Wetlands International (WI)-China Office in Beijing as a project officer.  He worked with the well-known shorebird conservationist, the late Mr. Mark Batter, on the first comprehensive shorebird surveys in the China part of the Yellow Sea.  These activities led to a strong interest in shorebird conservation, and David became dedicated to conserving shorebirds in the East Asian-Australasian Flyway.  David joined Wetlands International-Asia Pacific Office in Kuala Lumpur in 2001 where he was engaged as the International Coordinator for the Asian Waterbird Census programme.  During the period, David organized workshops for the national coordinators in 2003 and 2006, and facilitated training courses in India and China to promote the regional waterbird monitoring programme.  He also conducted waterbird surveys in a number of countries, including Bangladesh, Thailand and Malaysia.  During this period, David also contributed to the development of the shorebird site network in the EAAF, particularly in Malaysia and Thailand.  David joined the National Parks Board Singapore at Sungei Buloh Wetland Reserve in 2008.  Here, his work has focused on shorebird habitat conservation, management, population monitoring, and research.  Recently, David led shorebird studies using radio tracking to identify important sites in Singapore for Conservation, geolocators and satellite tracking to identify migration routes, stopover sites, and breeding sites of shorebirds wintering in Singapore.  David also has provided technical support for the development of the ASEAN Flyway Network with the ASEAN Centre for Biodiversity.  David became the Monitoring Coordinator for the Shorebird Working Group in December 2018; he has been actively involved in the organizing the first Shorebird Science meeting which will be held in Nov 2020. 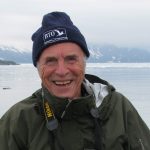 Bio: Phil Straw’s interest in wetland management for migratory waterbirds was sparked in 1960 by an invitation to take up a research position at the Tour du Valat Biological Research Centre in the Camargue, South of France by its founder, Luc Hoffmann.  The position involved trapping and banding thousands of migratory waterbirds in the area to identify migratory routes and staging areas across African and Eurasian waterbird flyways. His CEPA work began on the MAR project, developed by Luc Hoffmann as the first international wetlands conservation initiative.  A landmark of this initiative was the 1962 MAR Conference in the Camargue.  This conference resulted in the establishment of The Ramsar Convention on Wetlands of International Importance nine years later in Iran.  Phil moved to Australia in 1966 to work at various organizations as a Research Scientist (1967 – 1992), with stints in the Zoology Department at Queensland University; the Research Department at the NSW Fisheries Research, and the Survey & Research Branch at NSW National Parks & Wildlife Service.  This work included marine and coastal research on seabirds and the establishment of marine conservation areas and habit management.  Since 1992, Phil has worked as a Consultant Avian and Wetlands Ecologist to NSW Environment governmental agencies focusing on the remediation of wetlands of importance to migratory waterbirds.  Phil is a committee member of Australasian Wader Studies Group and has served as the Editor for the ‘Tattler’ – a newsletter for the Asia Pacific Flyways and Australian Shorebirds 2020 Project – since 1994.  Phil became the CEPA Coordinator for the Shorebird Working Group in December 2018.

If you want to join the East Asian-Australasian Flyway Partnership’s Shorebird Working group listserv, send a blank message to eaafswg@lists.fws.gov   Be sure to send the message from the e-mail name you wish to get notifications.

News about Shorebirds in EAAF