The Baer’s Pochard Aythya baeri is a Critically Endangered species. It has undergone a decline that has accelerated rapidly in recent years and has pushed this duck to the edge of extinction. We need to act urgently to save the Baer’s Pochard from extinction in the wild.

Nowadays, the species occurs predominantly within China, during both the breeding season and winter. Small numbers of breeding birds are also known to remain in southeast Russia, and a few individuals also winter in other countries, such as Myanmar, Bangladesh and Japan. Historically, the species had a much wider distribution, with important wintering concentrations in southern Asia, particularly Bangladesh, Myanmar and Thailand. Unfortunately, large wintering groups have not been seen in these countries recently and therefore we should first act in China to address the critical threats where the birds still occur.

Our knowledge of the ecology, threats and conservation requirements of Baer’s Pochard is limited, but it seems that the most critical threats are the loss and degradation of habitat in both its breeding and wintering ranges, and the unsustainable harvesting of birds and their eggs. Other threats, including disturbance, may also have become more significant, particularly now that the majority of individuals are apparently confined to a small number of sites.

Due to the perilous situation facing the survival of this species in the wild, an Action Plan was drafted in 2014 and endorsed, along with the formation of the Task Force, at the EAAFP Meeting of Parties in January 2015.

The featured activities of the EAAFP Baer’s Pochard Task Force are here:

If you are developing a project on Baer’s Pochard, please contact the
Chair and Coordinators to coordinate your plans with other ongoing projects by BPTF members.

The role of the EAAFP Baer’s Pochard Task Force will be to:

The full Terms of Reference can be found here.

To restore the Baer’s Pochard to favourable conservation status and to remove it from the threatened categories on the IUCN Red List.

To meet this goal we need to understand the causes of decline and address the most critical of these threats so that the IUCN Red List status of Baer’s Pochard moves to Endangered by 2024. To realise this, the Action Plan sets out a series of results to be achieved by 2019:

Dr. Changqing Ding is a Professor of Ornithology at the School of Nature Conservation, Beijing Forestry University. He is also the Vice President of the China Ornithological Society, the Coordinator of the China Anatidae Conservation and Monitoring Network, and the Chair of China Crane and Waterbird Specialist Group. He has over 15 years professional experience in the field of wildlife conservation in China. He has been leading research programs on the ecology and conservation of Crested Ibis since 1999, and has been coordinating the conservation and monitoring of ducks and geese in China since 2008.

Richard is Head of Monitoring at WWT and has over 20 years professional experience in the field of waterbird conservation. His current role includes three work areas: UK Waterbird Monitoring, Building Capacity for Waterbird Monitoring, and Indicators & Assessments. He is also the Chair of the Wetlands International / IUCN SSC Duck Specialist Group, and represents WWT on the CMS Flyways Working Group, Waterbird Harvest Specialist Group Board, and the African-Eurasian Waterbird Monitoring Partnership Steering Group.  He has extensive experience of field-based research and monitoring of waterbirds, the development and implementation of waterbird monitoring activities, training in monitoring techniques, and species status assessments. He has published or co-authored >30 papers and >50 reports, and was the lead author of two international single species action plans (Long-tailed Duck and Baer’s Pochard). 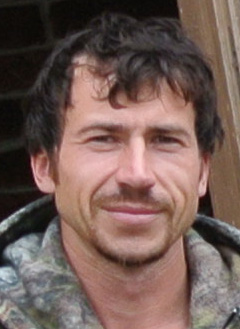 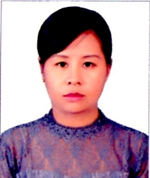 Bio: Dr. Thiri Dae We Aung is Burmese Ornithologist and presently serves as a programme manager in research and conservation section. She received Ph.D (Ornithology) from University of Yangon in 2012. A large part of her work has been in bird conservation, where she worked with especially BirdLife International and governments and also collaborated with NGOs, INGOs, Universities and local communities. She is a country representative for Myanmar with Baer’s Pochard Task Force and in updating of Important Bird and Biodiversity Areas (IBAs) to BirdLife International and International Union for conservation of Nature (IUCN). She has effectively contributed to updating checklist of bird species in Myanmar with Myanmar Bird and Nature Society (MBNS).She is one of the executive committee members in MBNS and Myanmar Environment Rehabilitation-conservation Network (MERN).

All sightings of Baer’s Pochard are extremely valuable and we urge observers to submit their records to WWT, who are maintaining a database of sightings. Please send as many details as possible, including date, location, number of birds (and their sex where this can be determined), and any other relevant details such as behavioural observations, the habitat type being used by the birds, or any apparent threats to the site. Photographs of the birds and the site where they were observed are also extremely useful.

Details of sightings, or requests for further information, should be sent to monitoring@wwt.org.uk.

News about Baer’s Pochard in EAAF

Community based conservation of Baer’s Pochard in Myanmar

2018: a successful year for Baer’s Pochard breeding in China

International workshop on the conservation of Baer’s Pochard 2018