Eaaflyway > All News > New protection for Baer’s Pochard in China 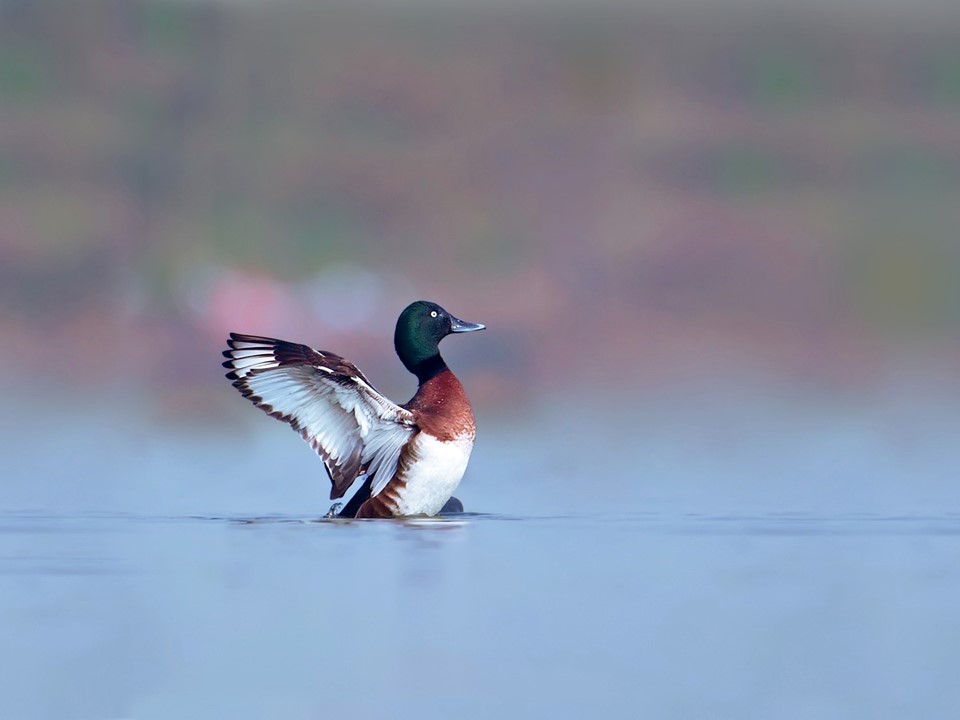 On 5th February 2021, the Chinese State Forestry and Grassland Administration announced a crucially important revision of the list of national wildlife under special protection.

Approved by the State Council on 4th January 2021, this is the first revision since the original list was published in 1988. It provides very welcome additional protection for a number of threatened waterbirds, including, for the first time, Baer’s Pochard, which is now afforded the highest level of protection (Class I). Previously this species was not included on either the Class I or Class II lists due to its relatively secure conservation status in the 1980s.

Whilst most wild birds in China are protected, Class I protection provides stricter levels of punishment, including significant fines and the potential for custodial sentences, for anyone harming these priority species or, crucially, their habitats. For Baer’s Pochard this is significant, as wetland loss and degradation is a major driver of the decline and remains an important issue going forwards as we work to recover its population.

An important part of this recovery work is undoubtedly the protection and sensitive management of all sites supporting Baer’s Pochard, whether during the breeding, non-breeding or migration periods. This ecologically sensitive management (the wise use principle enshrined in the Ramsar Convention on Wetlands) also needs to extend to other wetlands within the distribution of Baer’s Pochard with the potential to support the species and to sites where wetland restoration is underway, in order that the small and fragmented population we have today can flourish.

This revision of the wildlife under special protection therefore provides a strong foundation for the wetland protection from which we can recover Baer’s Pochard and its wetland home for future generations. The Baer’s Pochard Task Force extends its warm thanks and appreciation to all who contributed to the completion of this important revision.