Eaaflyway > All News > What does the revised China Protected Species list mean for EAAFP?

What does the revised China Protected Species list mean for EAAFP? 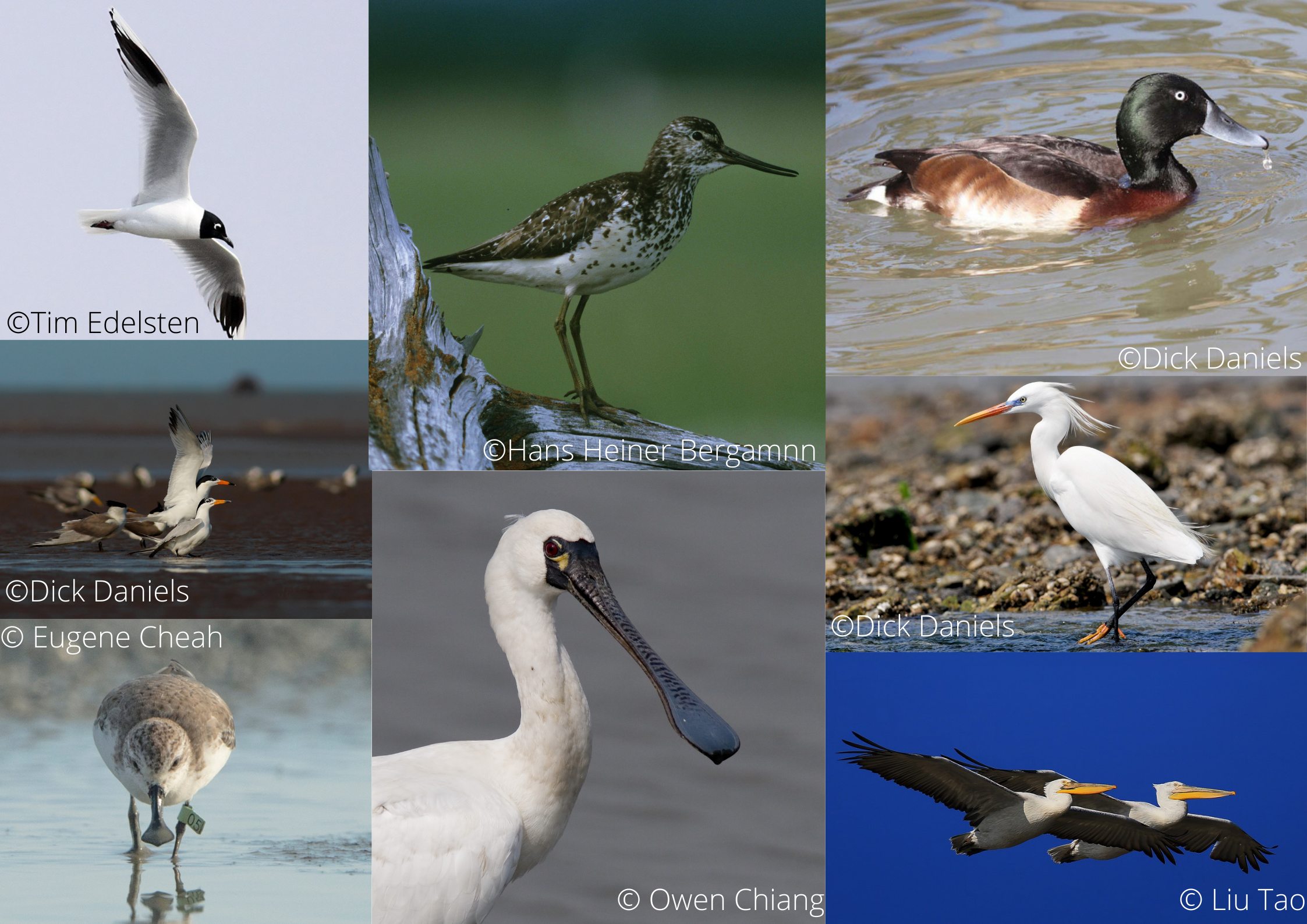 February 5th, the Chinese government announced the publication of a revised list of National Key Protected Wild Animal under its Wildlife Protection Law. This is the first revision since the list was originally published in 1988. Data was deficient then and the status of many species has changed significantly in the last three decades. The updating process was started with the amendment of Wildlife Protection Law in January 1, 2017. After data collection, surveys for key species, assessing by experts, and consultation with public and related departments, 517 species were added to the list, and a total of 988 wild animals are now under state protection. 92 species of bird now under Class I protection, and 91 species of waterbirds are included in the list.

What does it mean for EAAFP and those waterbirds that use the East Asian – Australasian Flyway? Some waterbird species on the list may not be migratory, some are extralimital to EAAF, with their main centers in the Central Asian Flyway and only rarely occurring in EAAF.

The EAAFP Science Unit has compiled this note to inform EAAFP Partners, Task Forces (TFs) and Working Groups (WGs) and scientific collaborators and encourage discussion and input into the next iteration of the list, five years from now.

Two species in Class I, Scaly-sided Merganser (existing) and Baer’s Pochard (new) have EAAFP Single Species Task Forces. The third category I species, White-headed Duck, occurs in extreme western China and does not really use EAAF.  The Scaly-sided Merganser breeds in Russia, northern China and DPRK, wintering primarily in China and South Korea, but the critically endangered Baer’s Pochard is these days more or less confined to China as a breeding and wintering species. Thanks to the active work of both SSM and BP TFs much more is known about the status, trends and threats for both species. The Anatidae WG has done a lot of work on geese and swans lately, see the 2020 Wildfowl Special Edition. China is extremely important for both Swan Goose and Lesser White-fronted Goose. Both species are currently in Class II but would be prime candidates for upgrading next time around. Greater White-fronted Goose is also Class II (but not Bean Goose), as are all three swan species. Baikal Teal is also Category II, a good sign for this enigmatic species. 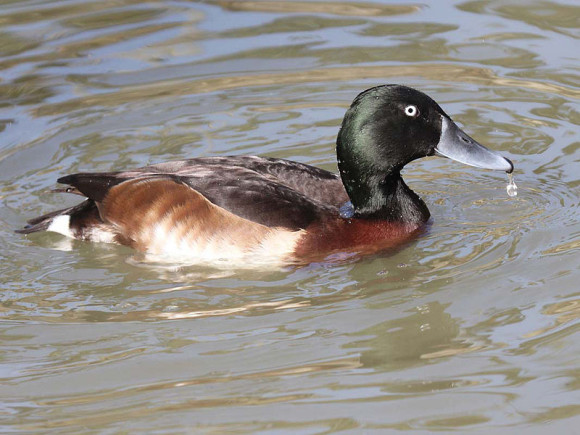 Siberian, Red-crowned, Black-necked and Hooded Cranes were already on Class I list, but Vulnerable White-naped Cranes, surprisingly, were not. This has been remedied this time and the species has been upgraded to Class I, perhaps reflective of its rapid decline in its western flyway from Mongolia and Russia to stopover and wintering areas in China.

For the first time, two shorebird species have been elevated to Class I, the critically endangered Spoon-billed Sandpiper, a flagship species for the Flyway and subject of the EAAFP SBS Task Force, and the endangered Nordmann’s Greenshank. The southern Jiangsu coastal mudflats are critical moulting areas for a large proportion of the global population of both species. Asian Dowitcher, another species that is critically dependent on these same coastal mudflats is in Class II. Far Eastern Curlew (another EAAFP Single Species Task Force) and Great Knot are dependent on China’s Yellow Sea mudflats, notably Yalu Jiang NNR. These are also Class II species, along with Eurasian Curlew and Broad-billed Sandpiper. Two other species, Red Knot and Curlew Sandpiper depend heavily on sites in Bohai Bay (notably Luannan mudflats). Curlew Sandpiper has undergone a precipitous decline in the EAAF. Neither species is on Class I or II list currently but should be considered for upgrading in the future. 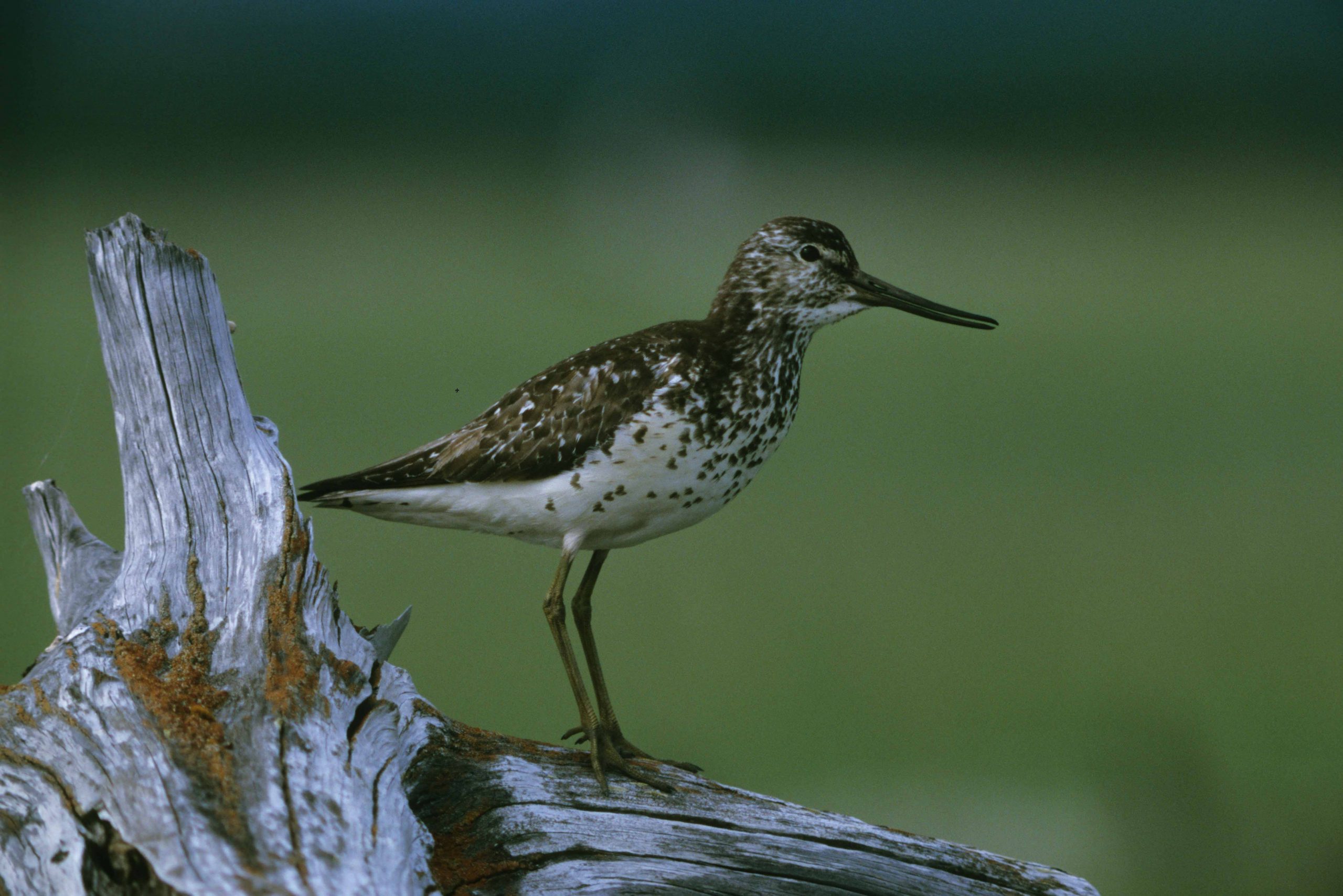 Relict Gull has been joined by Saunders’s Gull in Class I. The mudflats of Bohai Bay are vital staging and wintering areas for almost the entire population of Relict Gulls and their breeding areas on large inland lakes are highly vulnerable to disturbance, so it is good to see this species given such high-level protection. Saunders’s Gulls are highly dependent on natural salt marsh in the Yellow Sea for breeding and are also susceptible to disturbance, including egg collecting. It is important that local authorities and nature reserves are aware of the Class I status of this species and can effectively protect breeding sites.

The Critically Endangered Chinese Crested Tern is now in Class I.

Dalmation Pelican, with an EAAFP Task Force, was upgraded to Class I.  All the region’s highly threatened Dalmation Pelicans probably winter in eastern and south-eastern China. Two other pelican species, both rare visitors to China, are also Class I species, so there should be no issues about identification hampering protection efforts.

Black-faced Spoonbill, with an EAAFP WG, have been upgraded to Class I. Black-faced Spoonbills are very carefully monitored and are increasingly staging and wintering in China. Trends are increasing for this species, but its range is still small. Eurasian Spoonbill, much commoner, is in Class II.  An important and encouraging upgrade is Chinese Egret, a regional endemic that could be overlooked among commoner egret species. It will need a special effort to increase identification and protection of the species and breeding sites. 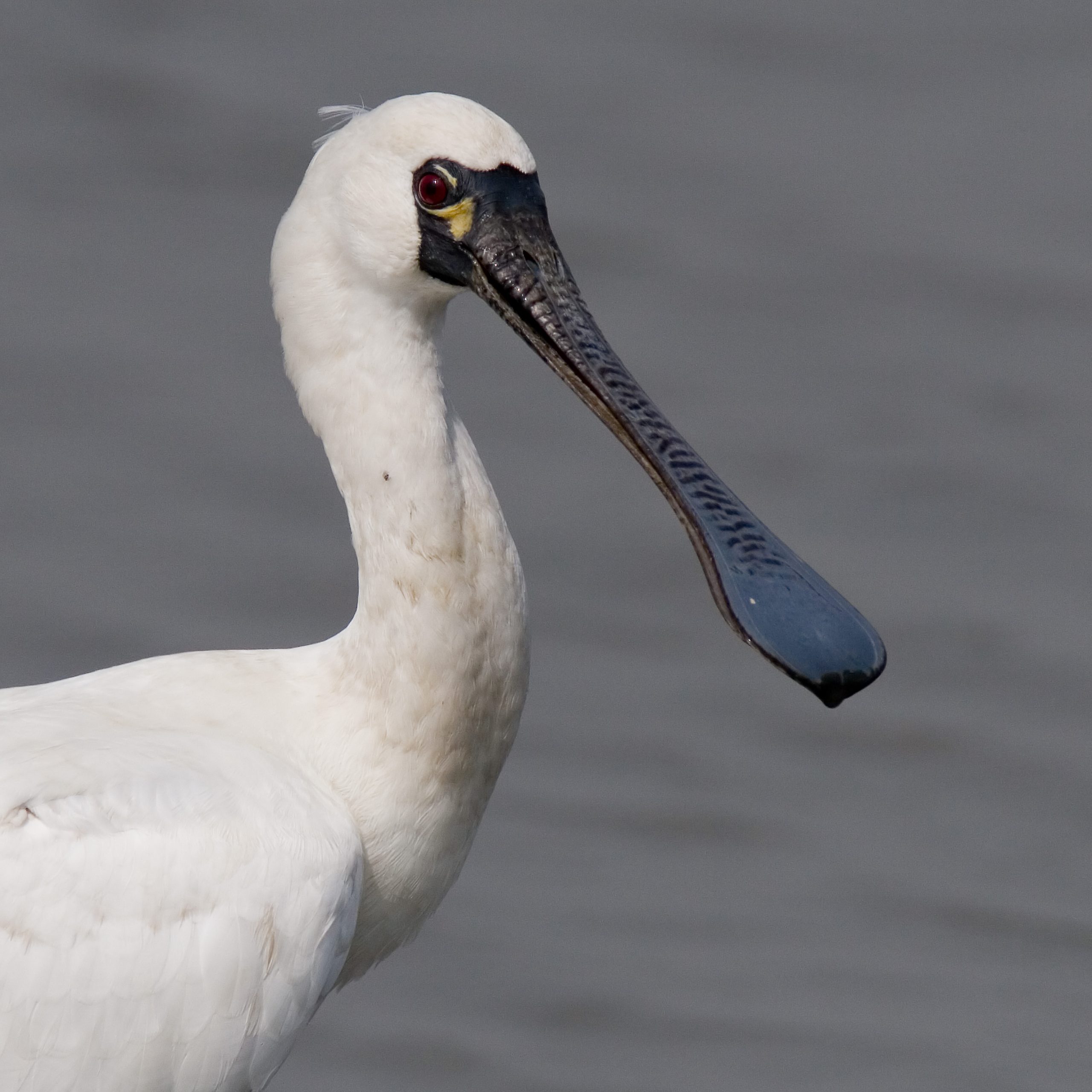 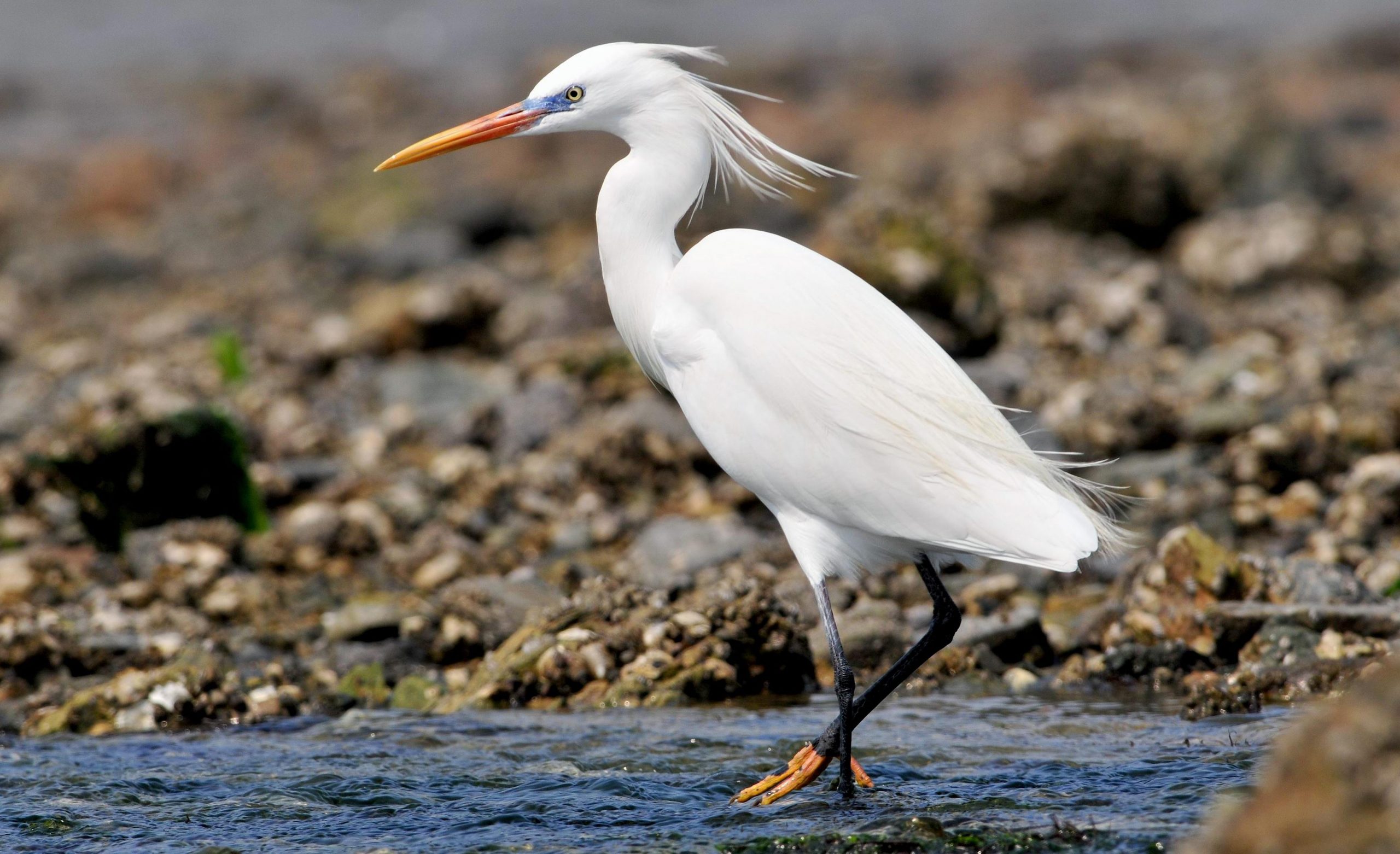 For many of the waterbirds on the new protected species list, the coastal wetlands of China are critical sites for staging shorebirds and breeding and feeding grounds for other species. The inscription of the Phase I Migratory Bird Sanctuaries of the Yellow Sea and Bohai Gulf is thus a landmark achievement, with the expanded Phase II nomination likely to cover many other key coastal wetlands. Protection of species and protection of habitat must go hand-in-hand for effective, long-term conservation.

EAAFP Flyway Network Sites (FNS) in China represent important recognition of some of these sites, not just in coastal areas, but also inland freshwater wetlands, such as Poyang lake, which are so important for many Arctic-breeding wildfowl and also threatened species such as cranes and Swan Geese. Hopefully, this recent issuance of a new protected species list will encourage the strengthening of protection and management of FNS in China, as well as the nomination of new sites. Perhaps it will also inspire new site nomination in other countries of the flyway and promote more sister site relationships. The work of the EAAFP Working Groups and Task Forces has undoubtedly increased knowledge and awareness of the different species of migratory waterbirds in the flyway and played a part in the increased protection now afforded to key species in China, and hopefully will continue to do so in the future.