Data of population and distribution of Critically Endangered Baer’s Pochard was collected during various trips to Pyu Lake, Paleik Inn and Banaw freshwater lakes comprising four years of fieldwork in central Myanmar from 2016 to 2020. During this period, at least 18 The freshwater wetlands in central Myanmar is supporting significant number of several key mincluding Baer’s Pochard. The most important sites for Baer’s Pochard are Pyu Lake, where the bird uses these large open waterbodies with floating vegetation.

During the Asian Waterbird Census 2020, Baer’s Pochard was recorded in Banaw Lake, Paleik Inn, Indawgyi Lake and Inle Lake. At least 9 individuals were recorded. However, due to coronavirus pandemic outbreak, the research team could not carry on the survey since March 2020. This chaotic and unprecedented time was challenging for the project.

Baer’s Pochard and other migratory waterbird species are found being hunted every year at Paleik Inn and Banaw Lakes by using poison baited or shooting. The hunting season covering the whole wintering season (from end of October to May). Besides, the impact of drought, decreased water level and wetland degradation due to climate change have become more obvious in recent years. Large areas of the countryside around both lakes, and across the wider Ayeyarwaddy floodplains in Mandalay are now heavily cultivated with crops, and encroach on the remaining areas of undisturbed wetlands. Unsustainable agricultural activities such as the heavy usage of water from the lakes to irrigate surrounding areas of cultivation, and water pollution further threatens the pochard’s habitats.

Mandalay region is the main point for illegal wildlife trade according to the assessment of illegal bird hunting in 2019-2020 (Fig 3 and Fig 4). Currently, trading to neighbouring countries is less than previously, but trading within the countries coming from Mandalay and Sagaing region are still rampant, especially in pet shops (over 20 shops). Workshops were held in Mandalay Regional Wetland Conservation Committee in 2020 at the office of Forest Department, Mandalay Region. The minister of Forest Department, Mandalay Region attended and discussed on results and findings of the information of illegal bird hunting in freshwater wetlands of central Myanmar. They discussed how to collaborate to tackle the problem of reducing populations of wild bird species(Fig 5).  The demand of wildlife products and bird species by traders can lead to reduction of the population of the wildlife species. Others areas like near Wildlife Sanctuary, where patrolling and law enforcement by Government are more frequent, less cases  of taking and hunting on wildlife can be found.

In 2020, BANCA carried out the awareness raising about threatened species and their ecosystem through online channels due to COVID-19 pandemic in Myanmar. Online training, meetings and talk programmes were carried out by using digital channels like Zoom. The Mandalay Regional Wetland Conservation Committee meeting was held virtually on 16 November 2020. In this meeting, Thiri Dae We Aung from BANCA explained implemented activities and future conservation activities supported by EAAFP Small Grant Fund and Darwin Initiative (Fig 6).

In this meeting, the committee member looked for ways to do awareness-raising activities such as standing signboards, distribution of pamphlets, awareness talks and patrolling in these wetland areas. Mr. Zaw Myint Maung, Director, Forest Department said, “If BANCA is not able to do fieldwork in Mandalay Region due to travel restriction, Forest Department can support all these awareness activities to be implemented in Pyu Lake, Paleik Inn and Banaw Lake.”

During this project, the importance of freshwater wetlands in central Myanmar is highlighted. The three sites (Pyu Lake, Paleik Inn and Banaw Lake) where Baer’s Pochard uses are linked as birds were observed moving between these wetlands. It is crucial to ensure the connectivity between these sites for the long-term survival of the species. Although there are a lot of freshwater wetlands in central Myanmar, no Ramsar site in central Myanmar has been designated. Thus, BANCA has submitted proposed Ramsar Information Sheets of Pyu Lake and Paleik Inn to Forest Department (Ramsar focal) in November 2020, to help the government to nominate them as new Ramsar Sites.

In conclusion, BANCA has been implementing wise use of wetlands project in central Myanmar, dry zone area of the country, mainly in Paleik Lake and Pyu Lake. BANCA is recently implementing the most notable project is “Main objectives are to promote community-based conservation of both Pyu and Paleik Lakes for the Critically Endangered Baer’s Pochard through the sustainable use of wetland resources, and to build the capacity of local stakeholders to better conserve these vanishing freshwater wetlands. 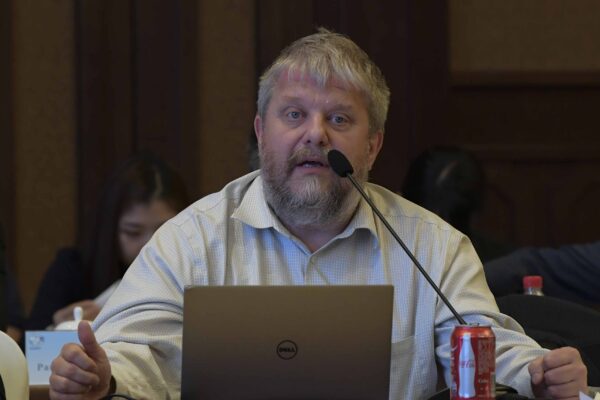