Community based conservation of Baer’s Pochard in Myanmar 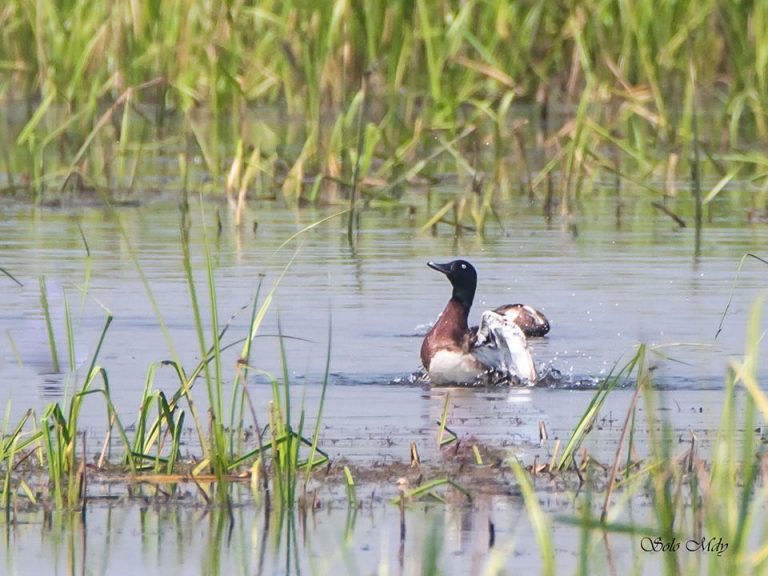 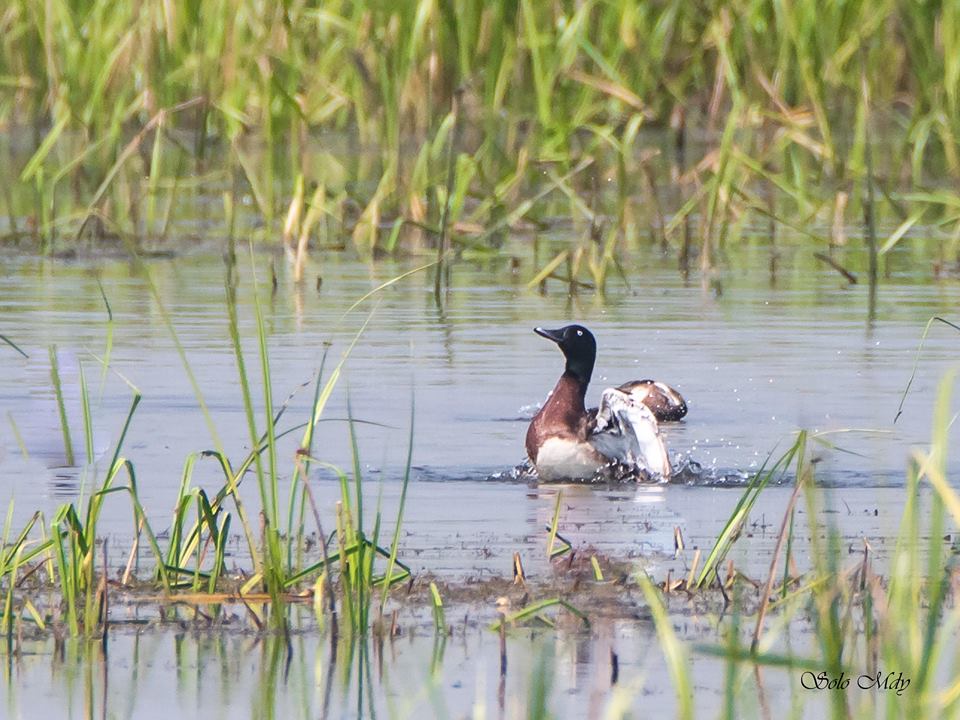 Baer’s Pochard (Aythya baeri) has declined drastically in recent decades. In the 1990s Thailand and Bangladesh had hundreds of wintering birds, but in recent years the number has dropped to only a few birds wintering annually.

Myanmar is another country with a good wintering population of Baer’s Pochard in the past but until recently there was no detailed information available since 2004. The global population is now thought to be less than 1,000 individuals and the current IUCN Red List status is critically endangered. According to the past censuses of waterbirds in Myanmar, Baer’s Pochard has been spotted at Kyee ne Inn, Taung Kan – Se daw gyi and Myitthar Lake (Myanmar Wetland Inventory 2004).

In December 2018, BANCA began awareness raising about the conservation of Baer’s Pochard with local government, Mandalay University, local villagers and school children. A total of 85 participants from different backgrounds within the Township Forest Department, Irrigation Department, General Administration Department of Tadar-Oo Township, Mandalay University, and local villagers actively participated and discussed the conservation of Baer’s Pochard at Pyu Lake and other nearby wetlands. U Hla Win, Assistant Director of General Administration Department of Tada-Oo Township, said, “Community Based Tourism (CBT) should be developed based on sustainable natural resource management as this would also benefit the conservation of globally threatened and rare species in central Myanmar”.

U Kyaw Kyaw Tun, Staff Officer of the Forest Department of Tada-Oo Township, said “sustainable conservation of migratory waterbird species, including Baer’s Pochard, will be influenced by key factors such as hunting, climate change, and cultivation, and as a result the development of community-based conservation and ecotourism is of vital importance”.

The students of Pyu village are interested in biodiversity and ecology and the important role of birds in their environment and were very pleased to receive exercise books with Baer’s Pochard on the cover.

The SKNCA joined lectures on bird identification training and practical bird identification sessions in the field. This bird watching event refreshed and increased their existing local knowledge and as a result, they are to become a professional bird guide for ecotourism. 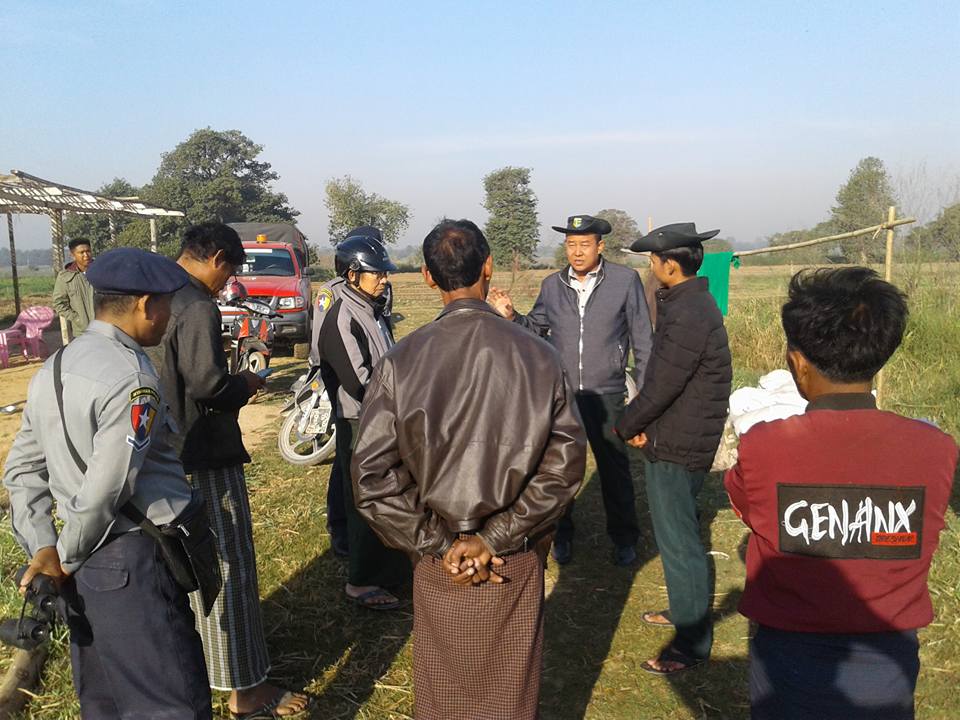 The populations of migratory diving ducks, including Baer’s Pochard, are still declining due to the serious threats of – (1) bird hunting with poisonous baits or trapping with nets; (2) electric-shock fishing; (3) trading of bird species; and (4) land encroachment by paddy fields. At Paleik Inn, some ducks and other birds were caught in nets and poisonous baits used by local hunters.  Mixing with domestic ducks also has the risk of catching diseases and spreading them to wild bird populations. Currently, bird hunting with poisonous baits placed on water lilies is a serious threat at Paleik Inn but action is being undertaken through combined law enforcement and awareness raising by the Forest Department, General Administration Department, Police Station, Paleik Lover Association, and NGOs/INGOs participation with local people of the Mandalay Region. 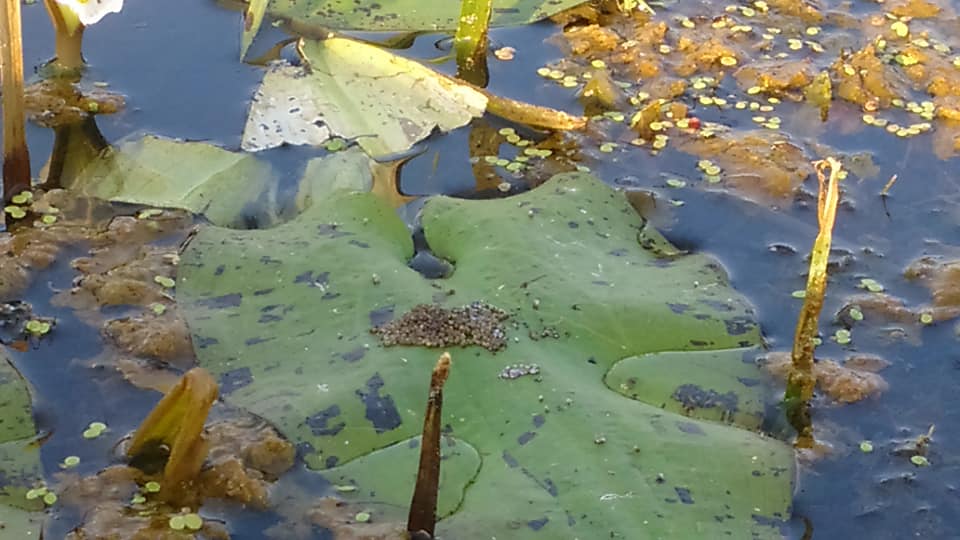 Myanmar is still an important wintering ground for Baer’s Pochard, but there are lots more things to be done to conserve these birds, including more detailed surveys elsewhere in Myanmar and, for central Myanmar, law enforcement to stop illegal hunting, livelihood projects to support people living by wetlands that are important for Baer’s Pochard, and the establishment of protected areas.