The Dalmatian pelican Pelecanus crispus is the largest freshwater bird in the world. The breeding range of Dalmatian pelican spans from southeastern Europe to western Mongolia. The global population of this species experienced a massive decline in 19th and 20th centuries. However, many years of conservation measures have resulted in a population increase in the west and central populations in Europe. Because of this IUCN has downlisted the conservation status of Dalmatian Pelicans from Vulnerable to Near Threatened in 2017 (BirdLife International 2018).

There is a distinct geographic population of this species in East Asia that only breeds in a small part of western Mongolia. They all spend the non-breeding period along the eastern coastal areas in China. Currently, there are less than 150 individuals of Dalmatian pelican in this population. There is no records or indication that the birds from this population blend with pelicans breeding in areas west of Mongolia. Thus it is one of the most threatened waterbird populations in the EAA Flyway requiring urgent conservation actions by range countries (Catsadorakis and Portolou 2017).

At the 10th Meeting of the EAAFP in Hainan, China, the International Single Species Action Plan for the Conservation of Dalmatian Pelican was adopted by all parties. The Action Plan had been adopted by EU, CMS and the AEWA MOP7 during 2018 and was ready for initiation of implementation in 2019. However, very little have been covered in the Asian population, particularly the population that breeds in Mongolia and winters in China. The 10th EAAFP MOP has decided for a Task Force to be established under the EAAF Partnership to coordinate, catalyse and monitor implementation of actions of the East Asian population. This Task Force is essential to propose and develop conservation actions, propose implementation plan, and prioritize actions in EAA Flyway.

In July 2019, an international consultative meeting on the conservation strategy for the East Asian Dalmatian Pelicans was held in Khovd city, Mongolia. During the meeting the Dalmatian Pelican Task Force was established under the EAAFP.

To restore the Dalmatian Pelican’s population to a positive growth rate for a period of at least three generations.

The role of the EAAFP Dalmatian Pelican Task Force is to:

At present, the eastern Asian subpopulation is estimated to have less than 150 birds that breed only in western Mongolia and winter in southeastern China. The Dalmatian Pelican is listed in the Mongolian Red Book and is a nationally protected species (second class) in China. The species is listed on Appendices I and II of the Convention on Migratory Species and Appendix I on CITES.

Until the 1960s and 1970s, Dalmatian Pelicans were rather common in western Mongolia, with several hundred pairs breeding in the region’s large lakes and wetland areas. In the early 1970s the population started to decline mostly because of habitat degradation and shooting by locals. In particular, the shooting for beaks is presumed to be one of the main driving force behind the population decline in this population. Because the upper mandible is a much-favoured material for sweat blades for race horses.

Besides isolated records from Korea, Japan and Taiwan, most of the winter records of East Asian population of Dalmatian Pelicans came from the Lower Yangtze River basin, Mai Po Nature Reserve in Hong Kong, and along the eastern and southern China coast. Because of the disturbances from illegal border-crossing fishermen in the area, the number of Dalmatian Pelicans clearly declined from over 70 individuals in 1970s to only 20-30 birds in the early 1990s in Hong Kong. Today, the pelicans stopped wintering in Ma Poi.

Currently, the eastern coast of China is the most important stopover and wintering ground of Dalmatian Pelicans. Since September 2015, “China Coastal Waterbird Census” were organized, and the biggest recording number for now was 112 individuals in Dongtai coast, Jiangsu Province in November 2013. There are 50-60 wintering individuals in the Wenzhou Bay every year and another 10-40 individuals winter in fly to the Luoyuan Bay. The highest record number is 67 individuals of Dalmatian Pelicans in Wenzhou Bay in winter 2019/20 making the area a most important wintering site for this species.

At breeding areas in western Mongolia, the disturbances by nomadic herders and fishermen, and shooting by herders for the beak are the main threats to Dalmatian Pelicans. In contrast, the land reclamation, pollution and human disturbances along the Chinese coastline are considered to be main threats for migrating and wintering pelicans. The coastal wetlands have suffered greatly from development pressure and overexploitation of fisheries resources in east and south China. It is assumed that the reduction in fish biomass could be impacting seriously on the Pelicans’ feeding ecology.

Main breeding areas in Mongolia are covered by national level Special Protected Areas. In China, most of the stopover and wintering sites lay outside of the protected areas. It is critical to start conservation activities and establish a network of key sites to secure the future of Dalmatian Pelicans in East Asia.

The EAAFP Dalmatian Pelican Task Force will be open to: 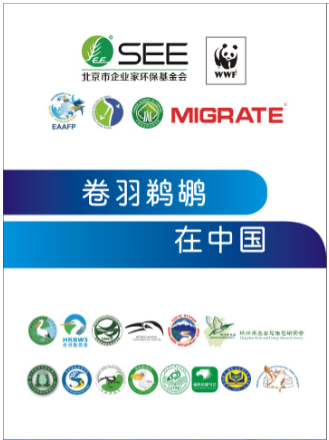 News about Dalmatian Pelican in EAAF