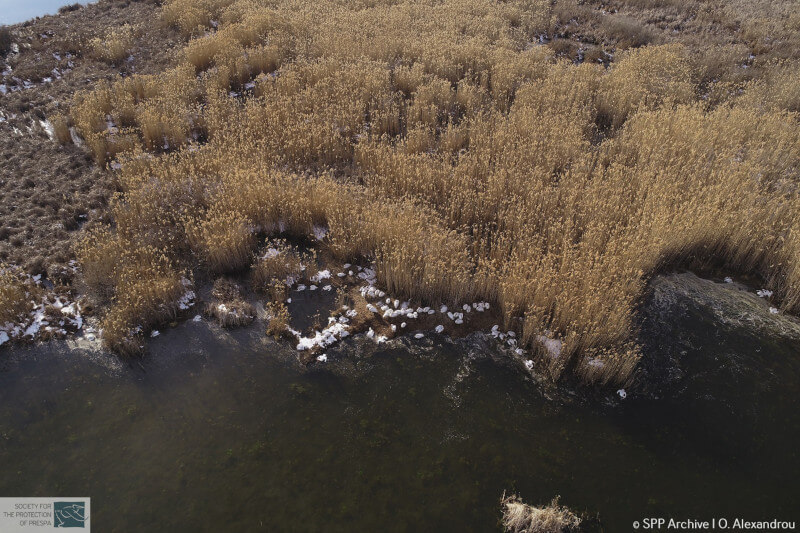 In mid-February 2022, researchers at Prespa National Park, Greece, began to observe massive die-offs of Dalmatian Pelicans returning to breed at Lesser Prespa Lake. The Lesser Prespa Lake has the largest breeding colony of this species on earth. On March 3, the death toll was 574, and on March 30 it reached 1,413 birds. The highly pathogenic avian influenza (HPAI) H5N1 strain was detected from corpse samples. By late March 2022, mass mortality in Dalmatian Pelicans had been recorded in a total of 12 wetlands of northern and central Greece, with another 450 losses, totaling 1,861 in the country. All four Dalmatian Pelican colonies of the eastern sub-population in Greece have been affected, while the two colonies of the western sub-population, fortunately, remained intact.

Actions were taken to control the spread of the virus in the breeding colonies of Dalmatian Pelican. The removal of the bulk of the carcasses from the nesting islands, and thus the reduction of the viral load on the colony, together with the warmer weather, has reduced the death rate significantly. Only a handful of other species has been affected by the AI outbreak in Greek wetlands (i.e. great white pelican, mute swan, great white egret, yellow-legged gull, common shelduck), all in very small numbers. This raises the fact that Dalmatian pelicans may have high vulnerability to HPAI (H5N1). The situation is closely monitored by the local conservation organizations [1].

According to the International Action Plan for Dalmatian Pelican that was published in 2018, the global population of breeding Dalmatian Pelican is between 7,347 to 8,993 pairs. Losing about 1,861 birds is more than 10% of the global breeding population. And this figure is close to half of the breeding number in Greece, the country with the second or third largest breeding population and with the best monitoring scheme for Dalmatian Pelicans. According to the Action Plan, Kazakhstan was noted to have 3,000 to 3,200 breeding pairs and Russia 1,500 to 2,667 breeding pairs. However, data quality from both countries was regarded as ‘medium’, as both were estimations, while the Greek population of 1.914 – 1,918 pairs was from field observations and ranked as good quality data. When preparing for the East Asian Dalmatian Pelican Task Force (EAAFP) meeting in Khvod, Mongolia in 2019, we checked with Dalmatian Pelican experts in India and Iran on the wintering status of the Central Asian population (breeding birds in Russia and Kazakhstan). They both replied the current status was not clear and the number of wintering Dalmatian Pelican might be mixed with other pelican species, so the Central Asian population may be lower than inferred or estimated; thus, the current loss in Greece may be of a higher global significance.

The tragedy of Dalmatian Pelican was not the only alarming case of avian influenza on migratory birds recently. Since mid-December 2021, Hula Lake in Israel, a wintering ground for more than 40,000 Eurasian Cranes, reported cases of crane die-offs caused by the same HPAI H5N1 virus, and by mid-January 2022 about 8,000 cranes were reported dead. In Scotland, since the outbreak of avian influenza in November 2021, at least 4,600 Barnacle Geese were found dead by mid-December 2021 around Solway Firth. In February 2022, when comparing census data of January 2022 and November 2021, conservationists feared about 16,000 Barnacle Geese had died from the disease. The casualty was higher than one-third of the local population.

All three incidents above are catastrophic, and they all occurred in the same season in different locations in the western Palearctic. In the EAAF area, minor outbreaks of avian influenza are not rare although in the last decade no similar catastrophic incident was reported. But researchers and conservationists in our flyway should remain vigil, because EAAF supports many of the highest concentrations of migratory waterbirds in the world.

Conservationists and managers have long noticed the risk of over-concentration of some migratory species. Not only avian influenza but other infectious diseases such as avian cholera, or even non-infectious diseases such as botulism can kill off a significant percentage of threatened species. In October 2000, more than 11,000 Baikal Teal, or more than 6% of the global population then, died from avian cholera at Cheonsu Bay in Korea. In December 2002, 90 Black-faced Spoonbills (about 9% of the known global population then) were poisoned by botulism (of which 73 birds died) in their wintering ground at Tainan, Taiwan. Protocols were developed for emergency operation after recommendations from an international symposium held in early April 2003.

Although the regional wildlife disease surveillance system along the EAAF is better than a few decades ago, in response to several major infectious disease outbreaks originated in Asia, there is still a need to improve the ways we exchange information about mass die-off in migratory waterbirds and appropriate countermeasures. The Dalmatian Pelican in East Asia has a population consisting less than 150 individuals. Their wintering area in East China, in general, has been a place of significant outbreaks of several types of avian influenza during the last decade. This situation and the recent reports from Greece make a very rare species like the Dalmatian Pelican an extremely vulnerable bird in the EAAF.

[1] For further information and updates check Society for the Protection of Prespa. 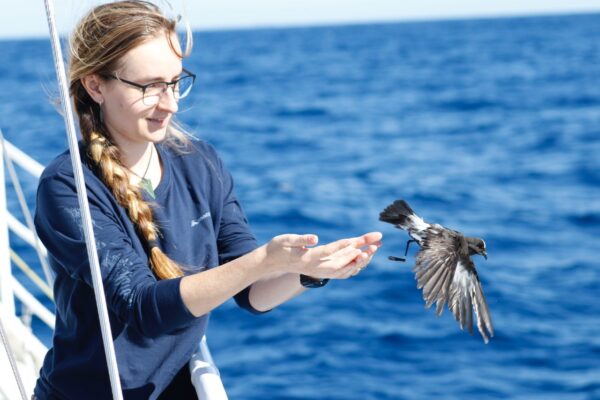 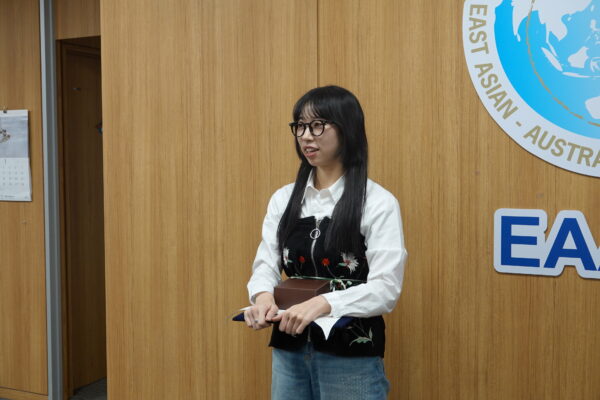