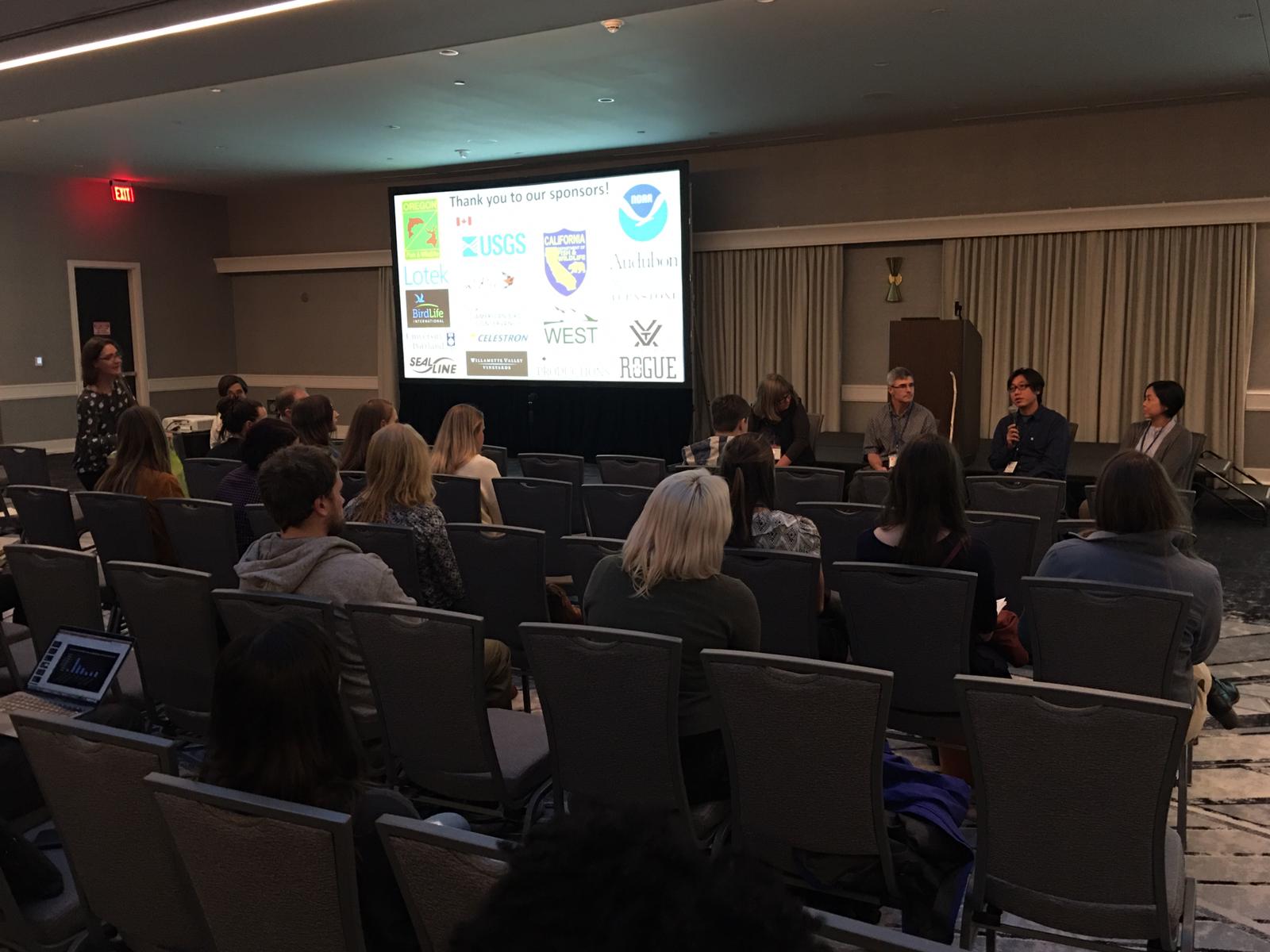 Pacific Seabird Group (PSG), formed in 1972, is a society of professional seabird researchers and managers dedicated to the study and conservation of seabirds and their environment focusing on the Pacific region, and they held the 47th Annual Meeting at Portland, Oregon, United States, from 12 to 15 February 2020. EAAFP Seabird Working Group joined this meeting to facilitate, promote and harmonize seabird conservation activities of the East Asian-Australasian Flyway region. 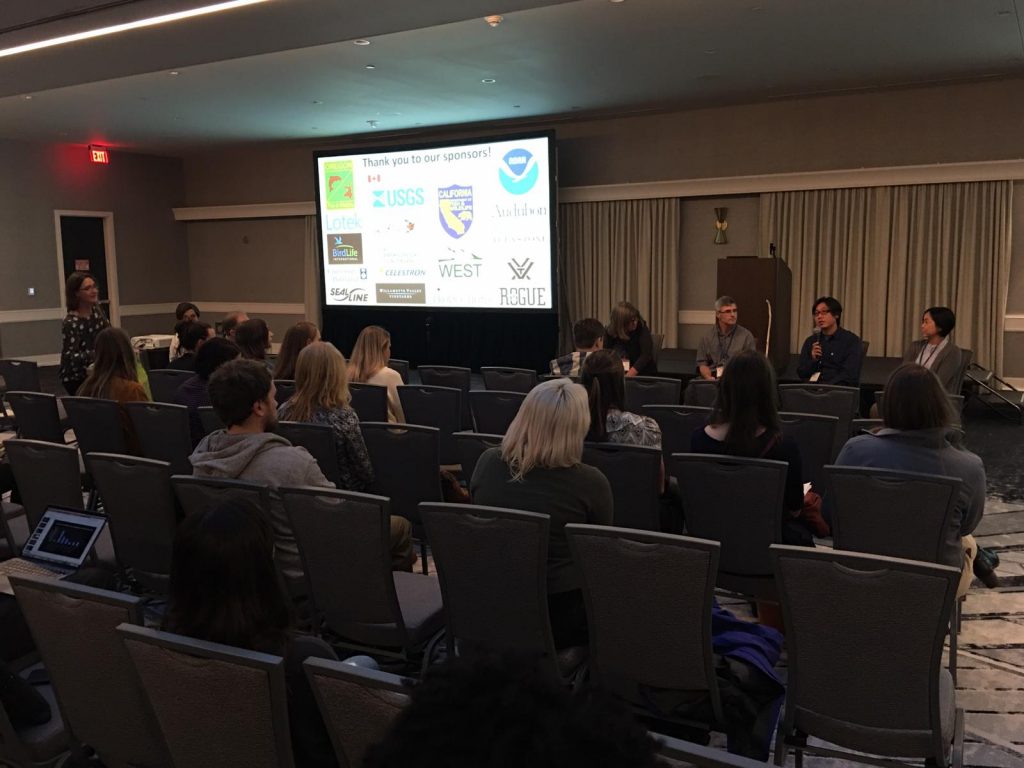 Different conference meetings were arranged, of which some could have direct conservation interests to EAAFP activities. Robb Kaler, EAAFP Seabird Working Group Chairman, and Yat-tung Yu, the Group’s Coordinator, joined the Aleutian Tern Technical Committee meeting, while Simba Chan of BirdLife International joined the Northeast Asia Seabird Conservation Committee meeting. Aleutian Tern uplisted to globally vulnerable recently will be promoted more within the EAAFP capacity on the lines of research and conservation activities undertaken by the technical committee. Updates of conservation activities of critically endangered Chinese Crested Tern were reported during the meeting, many PSG members were inspired by the success of recent works of social attraction and habitat restoration in the breeding sites of this species. Robb is also the chairperson of the PSG’s Seabird Monitoring Committee and attended meetings of Tufted Puffin Technical Committee and North Pacific Albatross Working Group as well.

Tubbataha Reefs Nature Park Management Office of The Philippines joined this PSG meeting too and gave a presentation of the status of Black Noddy (subspecies worcester) and the management practices of the site. The worcester Black Noddy is a very little-known taxa which has only one known breeding colony at Tubbataha with a small population. Tubbataha is one of the few known large seabird breeding sites in the EAAF region, which is listed as the Flyway Network Site in 2015. In addition, the EAAFP Dalmatian Pelican Task Force presented a poster about the research and conservation needs of the eastern population of the Dalmatian Pelican while Yat-tung Yu also presented the preliminary result of a satellite-tracking study of Indonesian’s Greater Crested Terns during this PSG’s annual meeting. 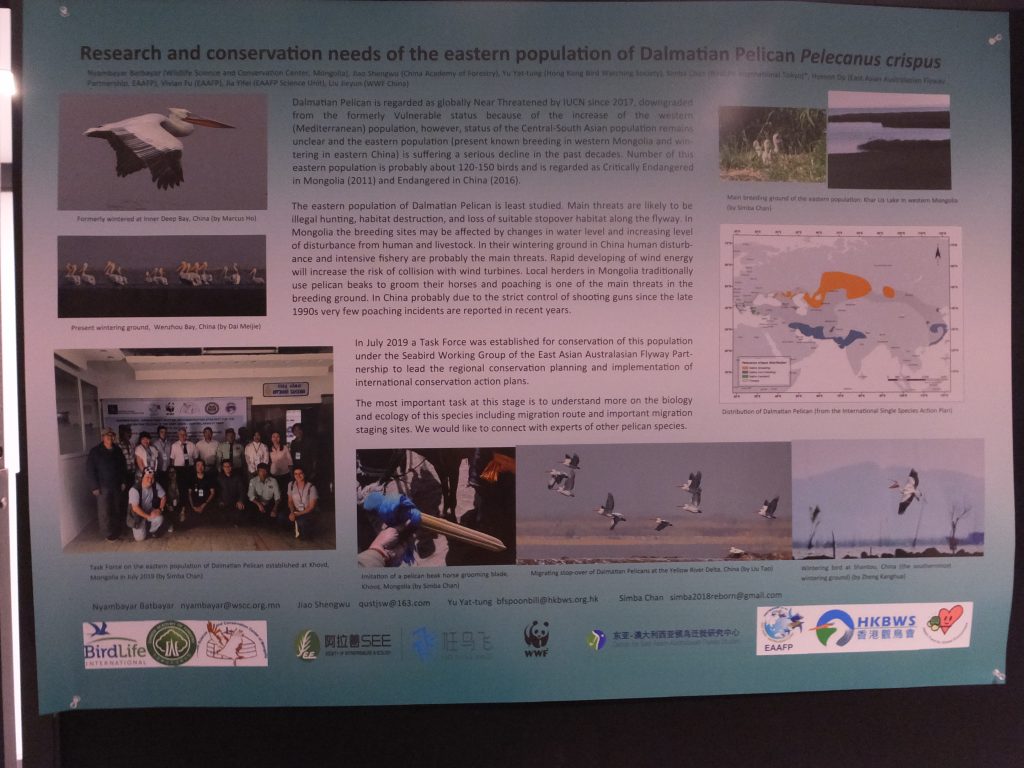