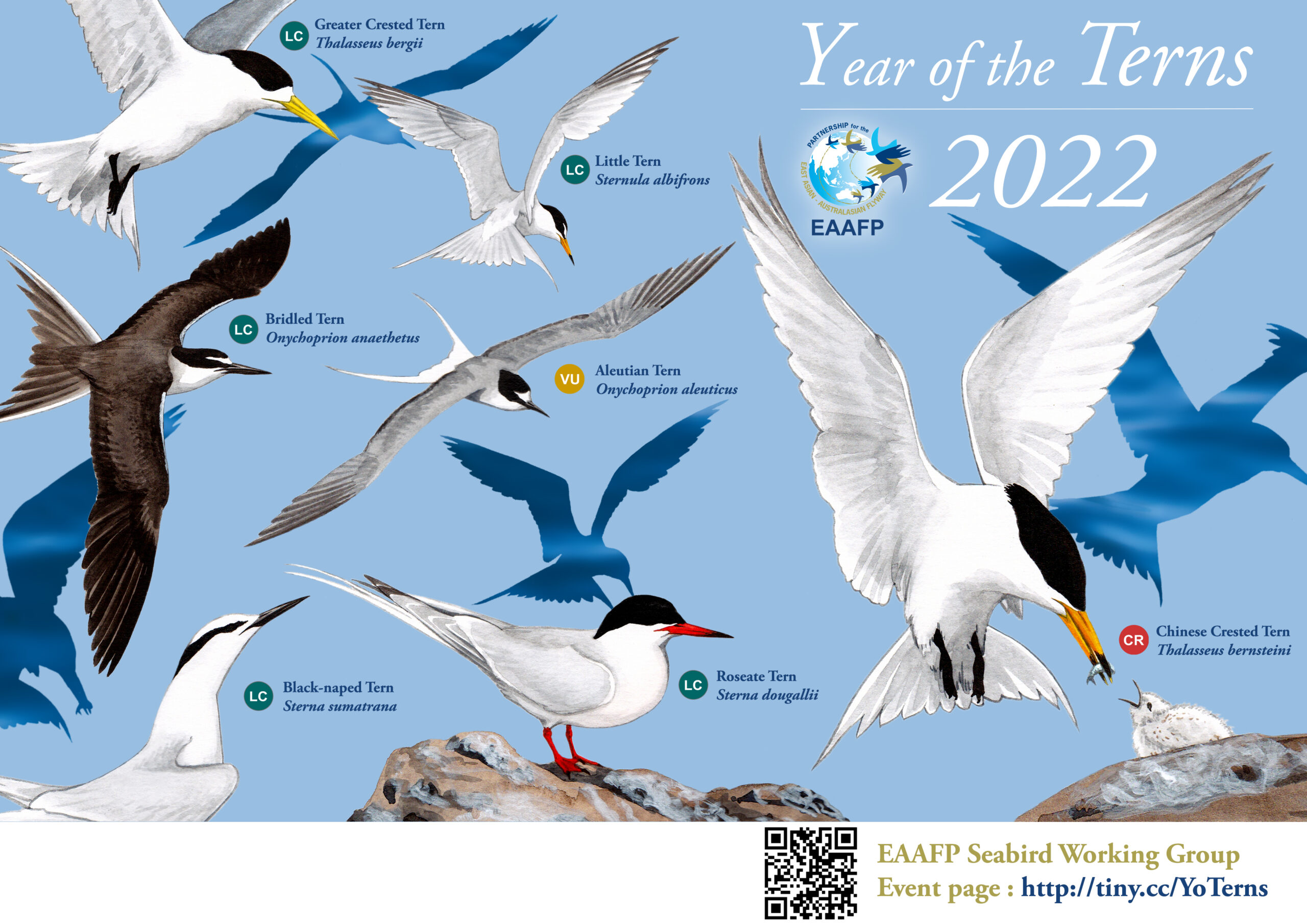 On 22nd February, 2022, the EAAFP Secretariat and EAAFP Seabird Working Group announced 2022 as the “Year of the Terns” for the EAA Flyway. The announcement is a preface to the focus that EAAFP will put on raising awareness and promoting collaboration for the conservation of seabirds in the East Asian-Australasian Flyway (EAA Flyway). The campaign was officially launched during the 49th Annual Meeting of Pacific Seabird Group (PSG) Northeast Asia Seabird Conservation Committee Meeting. 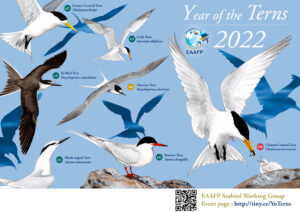 There are over 150 seabird species in the EAA Flyway. Many seabird species have long trans-equatorial migration routes and spend most of the year at sea, only returning to land to breed. Since much of their annual lifecycle is spent offshore, they are especially difficult to study and most aspects of their life histories remain poorly understood in the EAA Flyway. While many populations are doing well, others are experiencing population declines that are difficult to detect given the months they remain away from global eyes. To increasing awareness of these Ocean Sentinels, the Secretariat and the EAAFP Seabird Working Group are excited to designate 2022 as the “Year of the Terns”.

The Secretariat and the EAAFP Seabird Working Group hope to accomplish the following three objectives with this campaign:

1. To raise awareness of seabirds, especially terns, within EAA Flyway
2. To encourage dialogues and collaboration on seabirds research and conservation within EAA Flyway
3. To promote and strengthen working relationships within EAAFP Seabird Working Group, also with site managers of Flyway Network Sites for seabirds, and beyond

To do so, seven, out of the 16 EAA Flyway tern species, were selected for the campaign, including the Chinese Crested Tern (CR), Aleutian Tern (VU), Greater Crested Tern, Bridled Tern, Little Tern, Black-naped Tern and Roseate Tern. The Secretariat and Seabird WG will also be developing activities for the campaign accordingly.

Robb Kaler, Chair of EAAFP Seabird Working Group, expressed “According to a global assessment, seabirds are generally more threatened than other comparable groups of birds. Many populations have declined rapidly in recent decades due to various threats, including incidental bycatch, overfishing, pollution, invasive species, warming oceans and more. We hope that the “Year of the Terns” campaign, will raise awareness about seabirds, both for the health of their populations, and as an indicator of the health of oceans on which seabirds and all of us depend. We are excited for this opportunity for more joint actions to conserve seabirds in the EAA Flyway and expand the Seabird Working Group’s network of partners.”

Doug Watkins, Chief Executive of EAAFP Secretariat said. “Seabirds received relatively less attention and conservation effort in the EAA Flyway compared to other taxa, probably due to the vast distribution range of many species and the challenges to study them. Therefore, we need to strengthen our network in seabird studies and conservation and promote more collaboration in the region, and the actions cannot be delayed.”

Stay tuned for more upcoming activities such as a photo competition and a talk series. The EAAFP Secretariat and Seabird Working Group invite everyone to support and celebrate the “Year of the Terns with them!

Check the “Year of the Terns” webpage: https://www.eaaflyway.net/year-of-the-terns-2022/