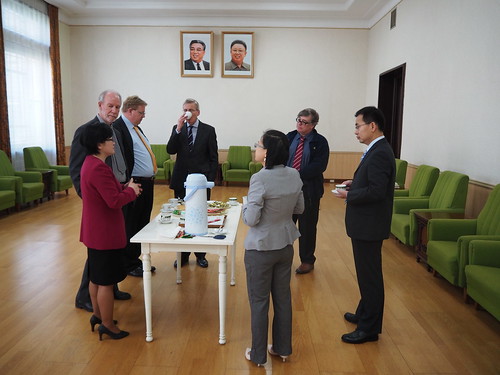 Migratory birds don’t know borders. Worldwide, huge migratory bird movements take place each year in the spring and autumn season on what are called flyways—some of them connect Europe and Africa and some span across eastern Asia and the western Pacific. Faced with many threats such as hunting, egg collection, habitat loss and pollution, birds are at risk along the flyway and many species are experiencing rapid declines. This is particularly true on the East Asian-Australasian Flyway, where the Yellow Sea presents a migratory bottle-neck, which has undergone a severe loss and degradation of habitats, in particular tidal mudflats. 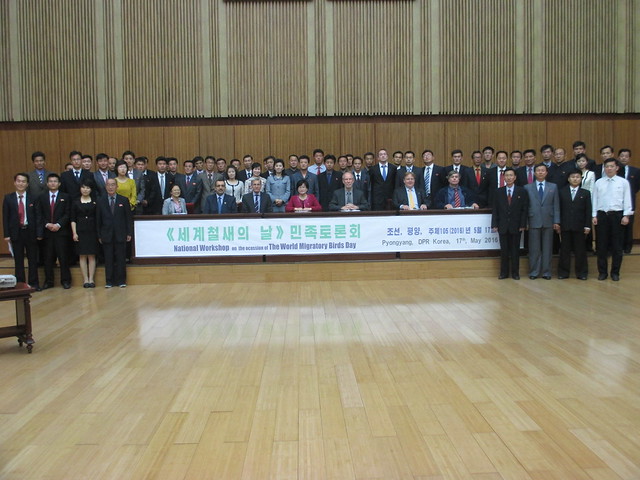 To commemorate migratory birds and their importance as bio-indicators for a healthy environment, each year in May the World Migratory Bird Day is celebrated. On May 1, in Pyongyang, Democratic People’s Republic of Korea (DPRK), a national workshop on the World Migratory Bird Day was organized by the Ministry of Land and Environment Protection (MOLEP) of DPRK, with support from Hanns Seidel Foundation in cooperation with the Ramsar Convention on Wetlands, the East Asian-Australasian Flyway Partnership (EAAFP) and the International Union for the Conservation of Nature (IUCN). Experts from Birds Korea and from Beijing Forestry University were invited as international experts. Along with participants from the MOLEP, the State Academy of Sciences, and other organizations, Vice Ambassador Wolf of Germany also attended. 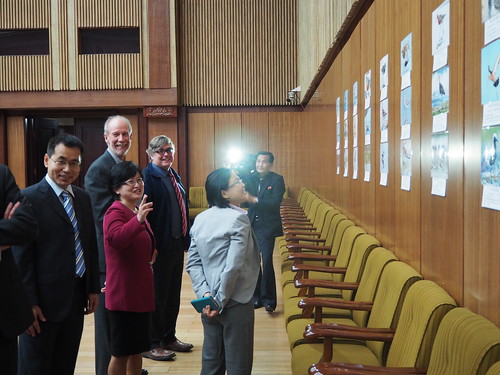 Mrs. Ri Kyong-Sim, Director General of the MOLEP, in her opening remarks welcomed the participants and expressed the hope for closer cooperation with the Ramsar Convention and the EAAFP. Spike Millington, chief executive of EAAFP, stressed the importance of international cooperation for the protection of birds along the flyway. The first presentation by Kim Kwang-Ho of MOLEP gave an overview of wetlands and wetland conservation in the DPRK. It was followed by an overview on the East Asian scale by Spike Millington of EAAFP. Dr. Nial Moores, founder and head of Birds Korea, assessed in his contribution migratory birds on the flyway, showing the rapid decline of threatened species like the Spoon-billed Sandpiper. Kim Kwang-Chol of MOLEP then detailed the main migratory bird species and migratory bird reserves of DPRK. 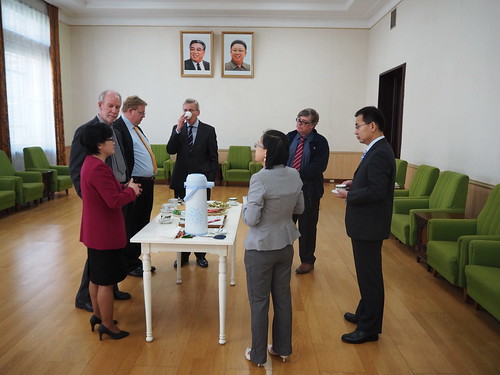 Felix Glenk, project manager at Hanns Seidel Foundation, discussed a case study of Sonbong Migratory Bird Reserve as a place for international cooperation on migratory birds. He was followed by Ri Chung-Song of the State Academy of Sciences, who talked about migratory bird surveys and habitat management in DPRK. The last two presentations were by Spike Millington of EAAFP, who talked about wetland management and its relations to migratory waterbird conservation and Dr. Nial Moores of Birds Korea who elaborated on the benefits of conservation of avian biodiversity on the East Asian-Australasian Flyway. After the presentation, a discussion followed about ways to cooperate at the international level on the conservation of migratory birds and their habitats.