The project objective is to secure the conservation of endangered migratory waterbirds through the establishment of a robust, resilient and well-managed network of protected wetlands across the EAAF in China that will directly contribute towards the implementation of the national Wetland Protection and Restoration System Plan. The four demonstration sites, Liao River Delta (EAAF004), Yellow River Delta (EAAF006), Chongming Dongtan (EAAF002) and Dashanbao (EAAF0083), are all Flyway Network Sites. The project will contribute to expanding about 200,000 hectares of protected area in China, strengthen the capacity to manage around 300,000 hectares of internationally important wetlands through financial and technical support. The project will also support to restore 60,000 hectares of important waterbird habitat, directly and indirectly reduce carbon dioxide emissions, and help China to fulfill its commitment to peaking carbon dioxide emissions before 2030 and achieving carbon neutrality before 2060.

This is the first GEF project in a national partner on EAA flyway. The new GEF project is also the largest standalone project in the biodiversity area in the seventh GEF replenishment cycle in China, with a total GEF Trust Fund of US $10 million plus US $87 million matching fund from China. The project period is from 2021 to 2027, with UNDP as the GEF agency, while the NFGA as the National Implementing Partner and the Academy of Inventory and Planning under NFGA hosts the Project Management Office. Currently, the Project Steering Committee and Project Management Office have been established to coordinate and implement the project. 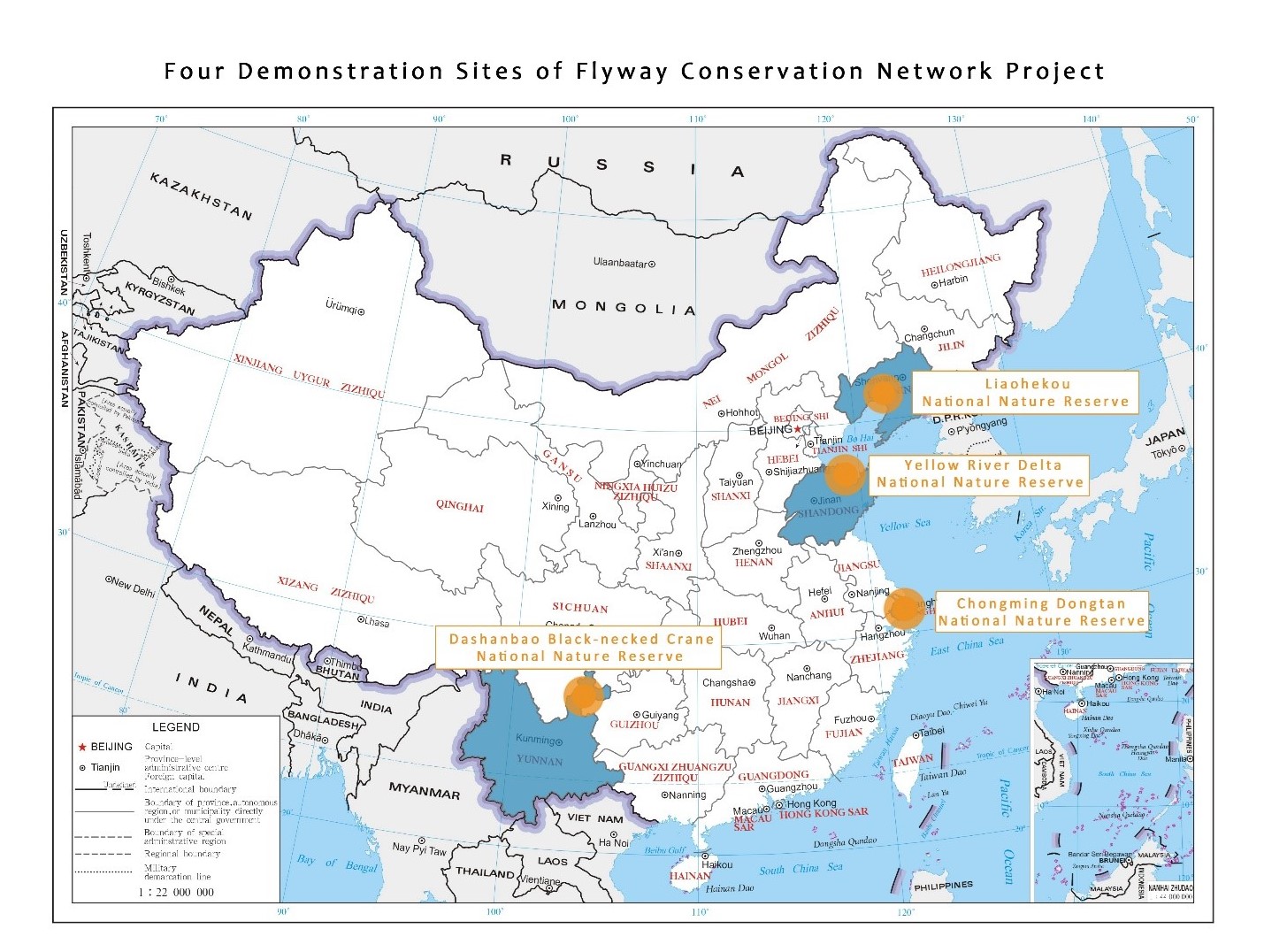