On the 18th of October 2017 a ceremony will be hosted by the Gangalidda People in Burketown to recognise the inclusion of the Nijinda Durlga (Tarrant) site within the EAAFP. This ceremony will be an opportunity for the local community to come together with a range of stakeholders to celebrate the successful nomination and reflect on the on-going work of the Gangalidda & Garawa Rangers in migratory waterbird conservation.

The South-East Gulf of Carpentaria is a haven for migratory waterbirds.  It is of the utmost importance to Traditional Owners to ensure the best management of their lands and waters to protect migratory waterbirds and safeguard this critical stopover point.  Accordingly, the Gangalidda People nominated the Nijinda Durlga (Tarrant) site with support from the Queensland State and Australian Federal Governments.  The site is comprised of 38km of coastline within the Nijinda Durlga Indigenous Protected Area with extensive intertidal mud and sand flats backed by mangroves and salt-marsh that includes bare saline flats.  The site hosts seven internationally important species including Calidris tenuirostris (Great Knot), Numenius madagascariensis (Far Eastern Curlew) and Calidris ferruginea (Curlew Sandpiper).  Located 30km north of Burketown, the Nijinda Durlga (Tarrant) site is part of Tarrant Station which is owned by the Gangalidda People. 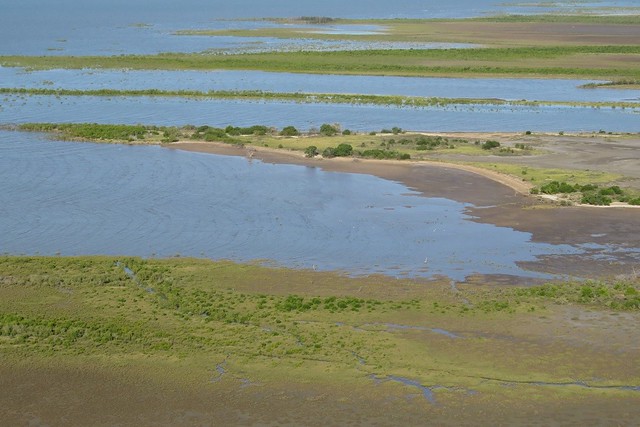 The acceptance of the Nijinda Durlga (Tarrant) nomination in October 2016 marks the 125th site within the EAAFP.  The site is managed by the Gangalidda & Garawa Rangers who are hosted by the Carpentaria Land Council Aboriginal Corporation’s Land & Sea Management Program (see http://www.clcac.com.au/land-sea/rangers/gangalidda-garawa).  It is the second successful nomination driven by Traditional Owners in the South-East Gulf of Carpentaria in recent years, with the Karumba Smithburne (Delta Downs) site joining the EAAFP in December 2014. 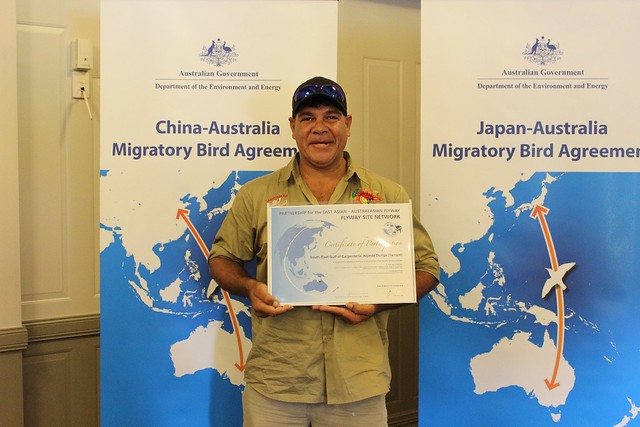 Next month the Gangalidda People will welcome delegates to their traditional country to celebrate this important migratory waterbird conservation initiative.  A ceremony will be held on the afternoon of 18 October with a welcome to country, cultural performances, speeches and the presentation of certificate to the wider Traditional Owner community.  This occasion will also see the formal opening of the Savannah Guides School.  The Savannah Guides School will showcase the sustainable tourism products developed by the Gangalidda People and will attract a variety of tour guides, operators, National Park Rangers, Traditional Owners, researchers and government representatives.  Yagurli Tours will be offering sunset tours on the Albert River and stargazing and supper on the saltpan (see http://www.burketown.com.au/). 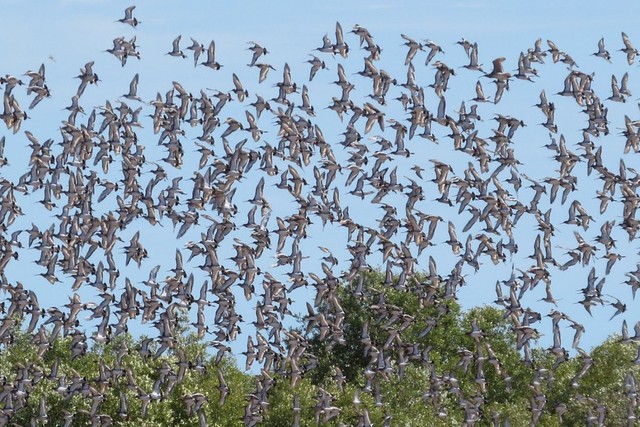