The Scaly-sided Merganser Mergus squamatus has a very small population which is suspected to be undergoing a continuing and rapid decline as a result of illegal hunting, logging and drowning. The species is therefore listed as Endangered under IUCN Red List. Due to a continuing and sharp decline in population, the formation of a task force for the species was requested to provide formal endorsement to international action plans for recovery of the species and the Scaly-sided Merganser Task Force was officially endorsed by EAAFP as a species Task Force (SsM TF) under Anatidae Working Group at EAAFP MoP5 in December 2010.

To restore the Scaly-sided Merganser Mergus squamatus to favourable conservation status and to remove it from the threatened categories on the IUCN Red List.

The role of the EAAFP Scaly-sided Merganser Task Force will be to: 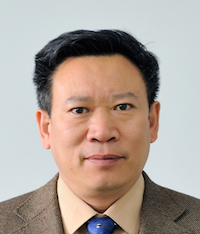 Bio: Dr. Guangchun Lei is a Professor of Ecology, and Dean of the School of Nature Conservation, Beijing Forestry University in China. Professor Lei has been appointed as the Vice Chair of the National Wetland Science Committee of China. His previous appointments include the Senior Advisor for Asia and Pacific of the Ramsar Convention Secretariat from 2003 to 2007, and director of freshwater and marine program of WWF China from 1999 – 2002. He has been leading research programs on the conservation and ecology of the migratory water birds, in particular, the Scaly sided merganser, the Lesser White-fronted Geese, and Siberian cranes, in Central Yangtze since 2008. 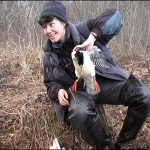 Bio: Diana Solovyeva is a Senior Researcher at the Laboratory of Ornithology of the Institute of Biological Problems of the North in Magadan, Russia. She has extensive field experience in Arctic and sub-Arctic regions, particularly with sea ducks and loons, as well as Scaly-sided Merganser, which she has been studying for 15 years. She is experienced in monitoring, tracking and ringing birds and interested in avian energetics as well as wildlife conservation.

Artificial Nests Program for the Endangered Scaly-sided Merganser in Russia: A brief report of the 2021 results – Eaaflyway

A total of 308 artificial nest sites (ANS) have been placed and maintained in Russia for 20 years. At present the project team are trying to maintain actively-used ANS, 17 active nests of Scaly-sided Merganser documented in ANS in 2020. Check the results [here].

This workshop is for: (1) fulfillment of the Single Species International Action Plan; (2) improvement for national Action Plans; (3) coordinate surveys within key states; and (4) further cooperation of research and conservation.

Small grants application for Conservation of Scaly-sided Merganser in 2018

The Scaly-sided Merganser Census in China 2014-2015, led by the Chinese Bird Watching Societies Network (China Birdwatching Association) and sponsored by the Alashan SEE Foundation, was carried out in more than 150 different cities and counties of 19 provinces (including autonomous regions). And this year, the Census 2015-2016 will cover up to 21 provinces (including autonomous regions) in China. Find more 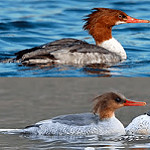 During breeding period the Scaly-sided Merganser occurres on the main streams of fast flowing mountain rivers of Far East Russia and NE China. It shows linear distribution along rivers. Boat surveys along main streams provided satisfactory estimations of breeding densities (in pairs per km) and brood densities (in broods per km). Sex-age groups are possible to identify during boat survey. Method of boat was utilized to estimate world population of Scaly-sided Merganser in both Russia and China during 2003-13 (Solovyeva et al 2014). Read guideline 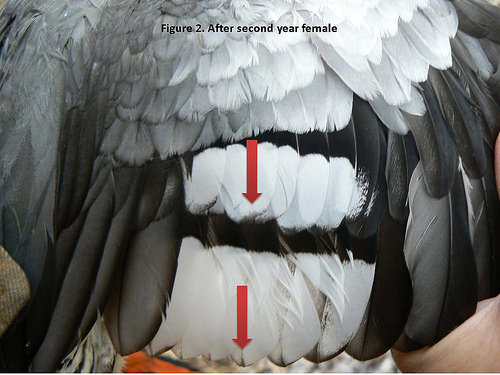 Ageing of females is possible when we catch incubating hens on their nest. It is very important to age females to monitor age-dependent nesting chronology and productivity. Read more 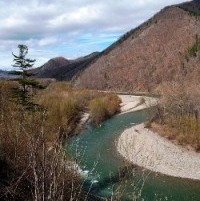 The Scaly-sided Merganser Mergus squamatusbreeds in Far Eastern Russia, north-east China and probably in DPR Korea. The breeding range stretches from southern Changbai Mountains in China to northern Sikote’-Alin Mountains in Russia. The species’ recent breeding range was delineated in Russia and it was found to be significantly smaller than suggested by old literature. Old information sources were re-checked and misidentification of mergansers was found to be the reason for the incorrect range in the past.

Scaly-sided Merganser in the Republic of Korea 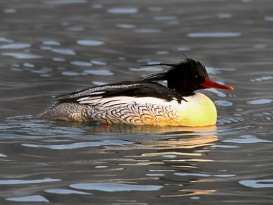 The Scaly-sided mergansers Mergus squamatus was described as a rare and little known species in the first major review of the Korean avifauna, with the earliest record for the ROK being one collected near Seoul in November 1927 (Austin 1948). Subsequently, there was only a single published record until the mid-1990s when survey effort of suitable habitat increased. Park (2002) listed observations in four provinces between 1995 and 2001. 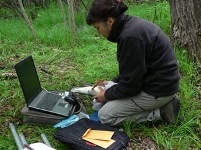 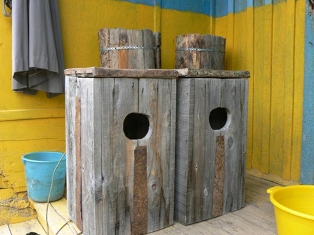 The artificial nest program was started in 2000. Rivers in the Sikhote-Alin’ mountain range were chosen because they are a stronghold for breeding Scaly-sided Mergansers, are relatively accessible, and are relatively free from pollution. During 2000–12, 196 artificial nests of three types were erected along 13 rivers in Primorye. Rivers with logged and un-logged banks were selected to test if nest sites were limiting on logged rivers. Scaly-sided Merganser is extreme cavity nester. From the other hand the species inhabits only fast flowing clean rivers of third to seven order. Upper 40 km of river is not in use by this duck. Occurrence on flood-plain ponds and small creeks is irregular. Artificial nest site [ANS] occupation depends on forest quality on river banks. On the rivers with logged forest occupation of ANS is significantly higher than on un-logged rivers (Solovyeva et al, 2013). Thus artificial nest program at un-logged habitats is useless. [23/09/2014] Read More 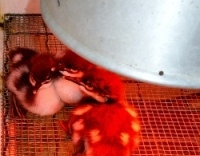 The scaly-sided merganser has been maintained in animal collections in Europe since 2002, and currently the population stands at 27 individuals. Successful breeding of this species has occurred at many private wildfowl breeding facilities, and a limited number of zoological parks and conservation centers, and the information which has been collated may aid the mergansers in the event that artificial propagation is necessary to the survival or continued recovery of the species overall.

In 2004, the International Wild Waterfowl Association (IWWA) conducted a survey to assess the state of captive waterfowl collections in the United States. As a result of this survey, the IWWA completed an importation from Europe of several waterfowl species whose populations were considered critically low. Scaly-sided Mergansers were included in this import, which took place in 2007. Soon after, the first North American breeding of the Scaly-sided Merganser took place in 2009 at the Sylvan Heights Bird Park’s Breeding Center in Scotland Neck, North Carolina. Later that year, staff from the Breeding Center were awarded with an IWWA Breeding Award in recognition of their achievement. [28/11/2014]

A two-year survey on the Scaly-sided Merganser in Changbai Mountains, China