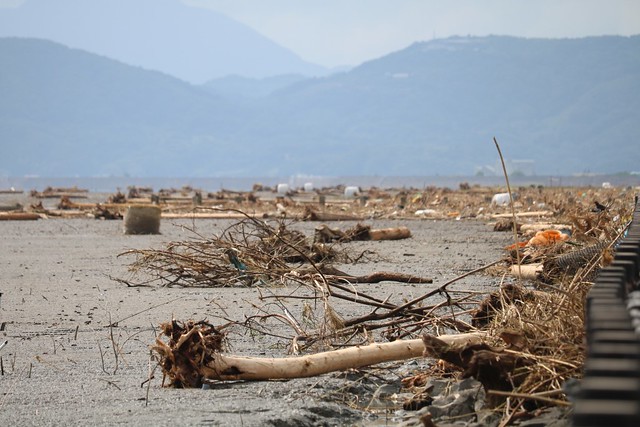 A series of heavy rains in the northern part of Kyushu Island, Japan early this month caused landslides and flooding, resulting in at least 31 deaths with a number of people still unaccounted for. The total rainfall of 778 mm in 9 hours in Asakura City, Fukuoka Prefecture was equivalent to the highest rainfall on record in the meteorological history of Japan.

The EAAFP Secretariat has heard from site managers of the Flyway Network Site, Higashiyoka-higata [EAAF124], on how the rains have impacted the tidal flat, the citizens living in the surrounding area, and on the wildlife that depend on the ecosystem:

While the magnitude of the damage was not as severe as some of the other prefectures, Saga Prefecture has been affected by a considerable amount of debris, including logs that fell down from the mountain areas, which are now scattered throughout the coastal areas and Higashiyoka-higata.

The prefecture began removing the debris on 14 July. A local fishery co-operation will also assist with the clean-up. The tidal change also affects the status of the tidal flat from time to time, so it may take more than one month for the tidal flat to recover its original state. Citizens have also been invited to join the annual beach-clean-up activity that has been planned for this summer.

We cannot simply blame climate change for this disaster, but people in Japan have been experiencing hotter summers and more frequent sudden downpours each year. It is our responsibility and urgent mandate to raise awareness on what each individual can do to help reverse this trend. 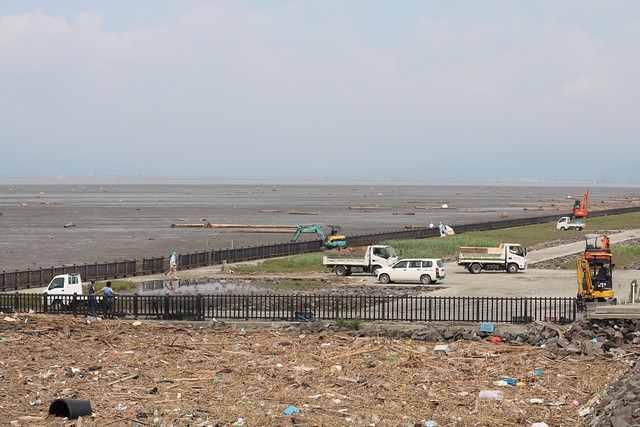 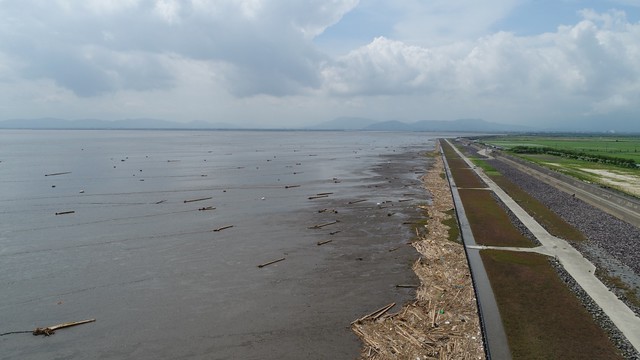