There have been a lot of changes to habitats in the Republic of Korea due to the unprecedented speed of economic growth. It might be that people have been too busy managing their own lives that they do not have time to look after minority groups such as the poor and wildlife. We can perhaps say that the wildlife is the most extreme minority group as they are losing their habitats by human intervention, especially by those privileged groups who make unpleasant decisions for wildlife.

Incheon has a rich biodiversity with vast mudflats, estuaries, marshes, hills and mountains. It is internationally important as critical habitat for migratory birds such as Black-faced Spoonbill, Bar-tailed Godwit, Saunders’s Gull and others. However, it has been also under high pressure for unsustainable development which will no doubt result in habitat destruction and loss. Rapid rate of development is showing no improvement despite the concerns people are voicing. 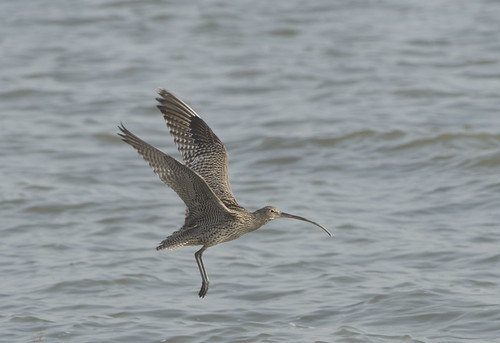 In the last few years, GREENKOREA INCHEON has formed “Guardians of Endangered Wildlife” program for the public to participate and promote endangered species conservation in Korea. The theme of this year was Far Eastern Curlew. In general, Far Eastern Curlew is an unfamiliar bird to the public, as it was to the members. At first, we learned about this bird, including where they breed, stopover and winter, and how they feed and rest to survive. We also went out to find them in Yeongjongdo mudflat. When feeding, the bird strides with its long legs to catch sentinel crabs (Macrophthalmus japonicus) and takes flight in company of its kind as the tide rushes in. 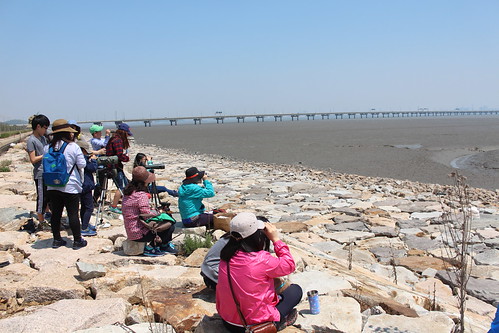 The Yellow Sea mudflat, one of the five greatest mudflats in the world, is an important feeding ground for shorebirds that breed in the Russian Far East and migrate to Australia for winter. Incheon mudflat is the most important feeding ground for numerous shorebirds that visit Korea. It is the bottleneck for shorebirds including Far Eastern Curlew. This shows that Incheon mudflat has high ecological value as they instinctively come and feed to survive. 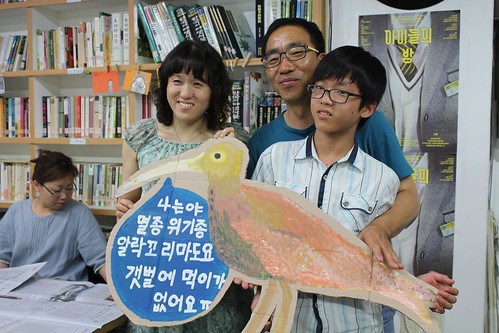 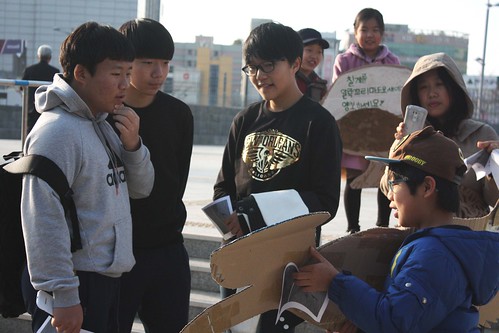 Public participation is crucial when it comes to making a better society and better environment. Habitat conservation is no exception. Lots of endangered species like Far Eastern Curlew are being threatened all around the world. This is because not enough people are willing to take actions for conservation of the habitats which endangered species depend upon for their survival. Guardians of Endangered Wildlife have been preparing for the Far Eastern Curlew campaign since last summer, in the hope that more and more people will get to know about the bird and bring their minds to figure out a way to live together. The members drew pictures of Far Eastern Curlew, coloured them and made dolls and banners, while studying the bird. After they got all materials ready for the campaign, they went out on the street with these handicrafts. We met and talked to people living in Yeongjongdo Island where Far Eastern Curlew also live and explained that they depend on Yeongjongdo as well. Luckily lots of people showed sympathy and said this bird used to be a common bird. A full-scale campaign will kick off next year. Raising public awareness of Far Eastern Curlew as a subject of protection; this is the first step for us to save them. 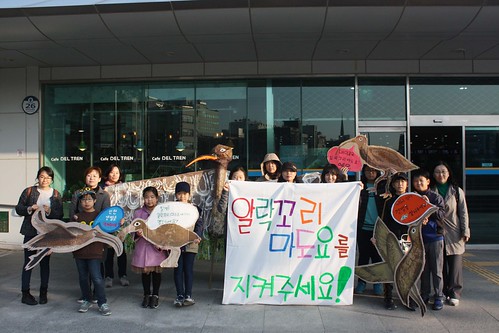