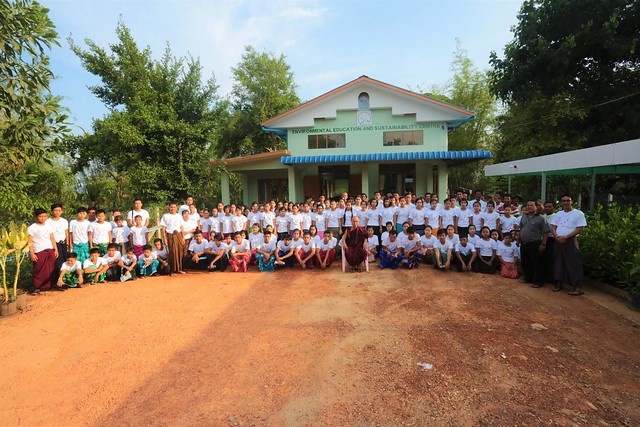 Summary:
WMBD2017 was organized by BANCA at the Environmental Education and Sustainable Centre (EESC) in Bilin Township near the Gulf of Mottama. The BANCA education team prepared a poster, a banner, T-Shirts for the event. BANCA printed 150 T-shirts with two languages (Myanmar and English).

After the event, the participants understood why there is a need to conserve migratory birds and the purpose of the world migratory bird day event, not only for Myanmar but also on the global level. In the future, the communities will be more actively involved in migratory shorebird conservation.