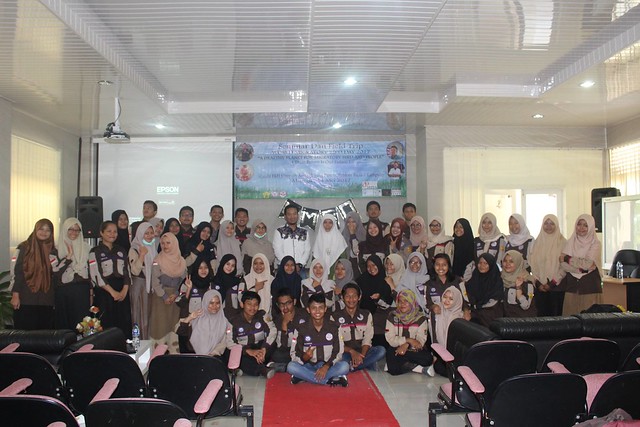 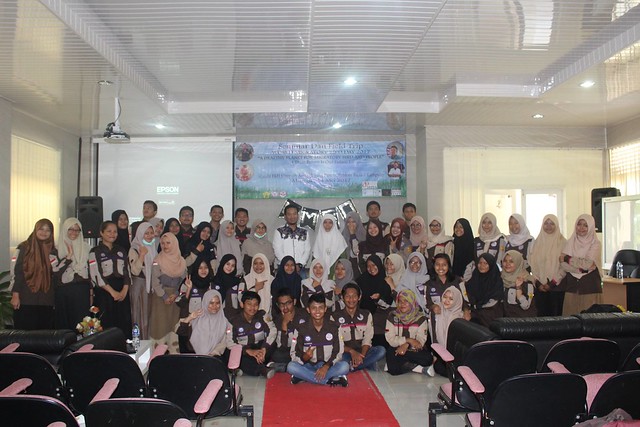 Summary:
UKM HIMPUS is a set of shelters in FKH Unsyiah Aceh. This year is the third year that UKM HIMPUS participated in World Migratory Bird Day in Aceh. First, in 2015 UKM HIMPUS participated together with “Aceh Birder” a community of observer organizations and bird lovers in Aceh. In the Year 2016, UKM HIMPUS was trusted to continue the World Migratory Bird Day event as the organizer. This year, HIMPUS re-entered as an organizer and was supported by several organizations of bird lovers, namely Aceh Birder and Remote Sumatra. There was also one company that also engaged in poultry, namely PT. Indojaya Agrinusa (JAPFA) also gave his help for the implementation of this event. UKM HIMPUS held this event at the FKH Unsyiah Hall for seminars and at Ujong Pancu Peukan Bada or Lampulo Beach for Field Trip.

Participants who participated in this event were approximately 120 people consisting of the general public and students in Aceh. All members of UKM HIMPUS also participated in this event which was approximately 50 people. This year’s WMBD 2017 celebration began on May 12, 2017 with the agenda of the “WMBD 2017” Sticker distribution for students, lecturers, and Syiah Kuala University officials. This agenda also had the goal that students, lecturers and officials around Syiah Kuala University know a little more about the phenomenon of migratory birds and also to promote the idea that we should always work to maintain the environment because birds also need a place to live and eat. On May 14, 2017, the next agenda, a seminar on birds, went from 08:00 to 12:30 pm, after the, from 15:00 to 18:00, a field trip that included bird watching and cleaning up garbage action was held at the beach.

This event resulted in the formation of public awareness on the importance of protecting the environment for the sake of migratory birds.  One of the primary goals of this event was to trigger a sense of appreciation of the environment, along with the need to preserve it, in young children and members of communities nearby coasts where migratory birds often stop.