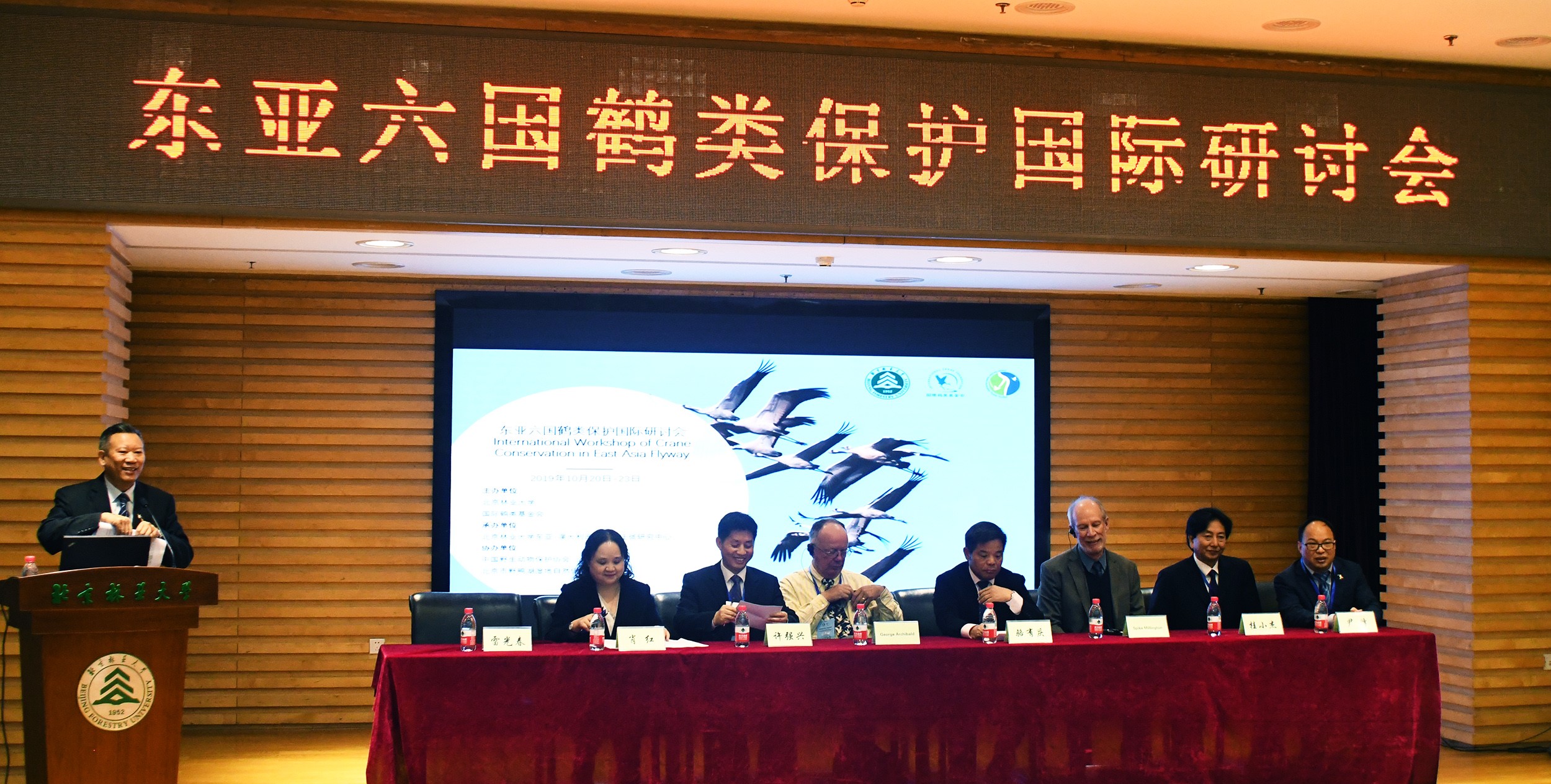 The workshop, held at Beijing Forestry University from 20-22 October 2019, was jointly organized by the East Asian – Australasian Flyway Secretariat Science Unit and the International Crane Foundation (ICF), with a principal goal of drafting a ten-year Crane Strategy and Action Plan for the East Asian Flyway, comprising Russia, Mongolia, China, DPR Korea, Ro Korea, and Japan and focused on four threatened crane species, which are Siberian, Red-crowned, White-naped and Hooded Cranes.

The meeting brought together 150 representatives from the six countries, with the exception of DPR Korea, but the Hans Seidel Foundation presented an overview of crane conservation on their behalf. Russian participants represented Dauria, Amur, and Yakutia regions, as well as the Crane Working Group of Eurasia. China participants included representatives from more than 50 nature reserves important for cranes, as well as national organizations.

The opening speeches included tributes to the late Jim Harris, former Senior Vice President at ICF and recalled the 2012 Cranes and Agriculture workshop, an long-term successful collaboration between ICF, Beijing Forestry University, and other partners. Mr. Spike Millington, Vice president of ICF introduced Year of the Cranes 2020 for leverage with public, political, and financial support for crane and wetland conservation.  This workshop and the long-term strategy that participants will develop for the East Asian-Australasia Flyway will provide the foundation for this important initiative. 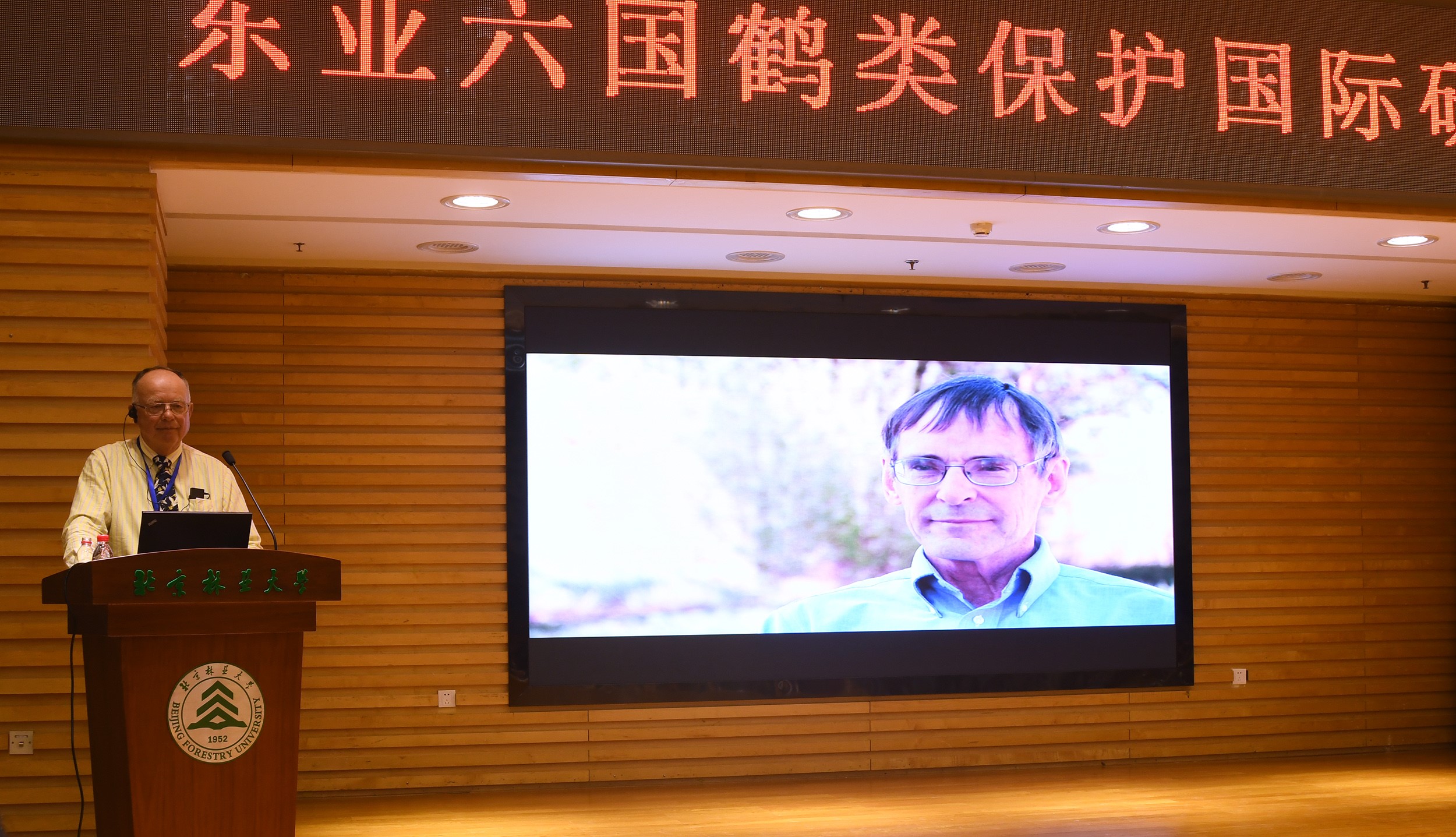 There were two panel discussions held during the workshop. One was about engaging different sectors, different stakeholders from both corporates and NGOs respresentatives shared examples and opportunities for supporting conservation of migratory watebird, particularly cranes, in East Asia. The second panel discussion addressed crane monitoring and tracking studies in East Asia, which emphasized increased coordination, cooperation and information sharing, as well as the safety of birds using tracking devices and trade-offs between the diminishing new information acquired by tracking more cranes and the risks to crane capture and tagging. Priorities for future tracking studies were identified.

Representatives then gave presentations on crane conservation status, actions and challenges for each of the six countries in the Flyway, followed by updates on the work of the International Red-crowned Crane Network, the International White-naped and Hooded Crane Network and the Crane Working Group of Eurasia. Claire Mirande reviewed the process and contents of the newly-published Crane Conservation Strategy developed by the IUCN Crane Specialist Group. Many of the workshop participants contributed to threat assessments and species reviews reflected in this work.  The goal of this workshop was to build on the extensive work captured in the Crane Conservation Strategy and develop detailed action plans to guide implementation of conservation,  research or monitoring needs identified. In addition, it is aimed to engage stakeholders from nature reserves and partner organizations to capture their perspectives and foster buy-in and ownership of the plan.

Mr. Gu Xiaojie, from Hunan Forestry Bureau gave an encouraging and informative talk on the current status of crane and waterbird conservation in the province, focusing on the globally-important Dongting Lake. Following a Presidential visit, many restoration actions have been undertaken, including fishing bans, restoring artificial fishponds to wetlands and removing introduced tree cover. As a result, the number of Siberian Crane increases at the reserve. This experience is a preview of what may happen throughout the Yangtze River floodplain, beginning with a fisheries ban in 2020.

A talk by Mr. Li Zhongxin focused on the role and importance of cranes in Chinese culture and opportunities to raise the profile of crane conservation by linking to cultural relevance.

Several nature reserves then shared their experiences on wetland management and waterbird conservation outlining their work with and priorities for cranes.

The bulk of the workshop (one and a half days) was devoted to developing long-term strategies and action plans for the four key threatened species. Using flyway maps, participants of the four groups identified threats and opportunities for improved crane conservation throughout the flyways. These were then presented back in plenary for additional comments and actions. A similar process was followed to develop goals and actions based on the identified threats and opportunities and incorporate feedback. The resulting draft strategies will be written up and be shared for further review.

A field trip to Yeyahu Nature Reserve on 23 October enabled participants to see the impressive efforts undertaken for wetland restoration at the reserve, which supports a wintering population of Common Cranes. 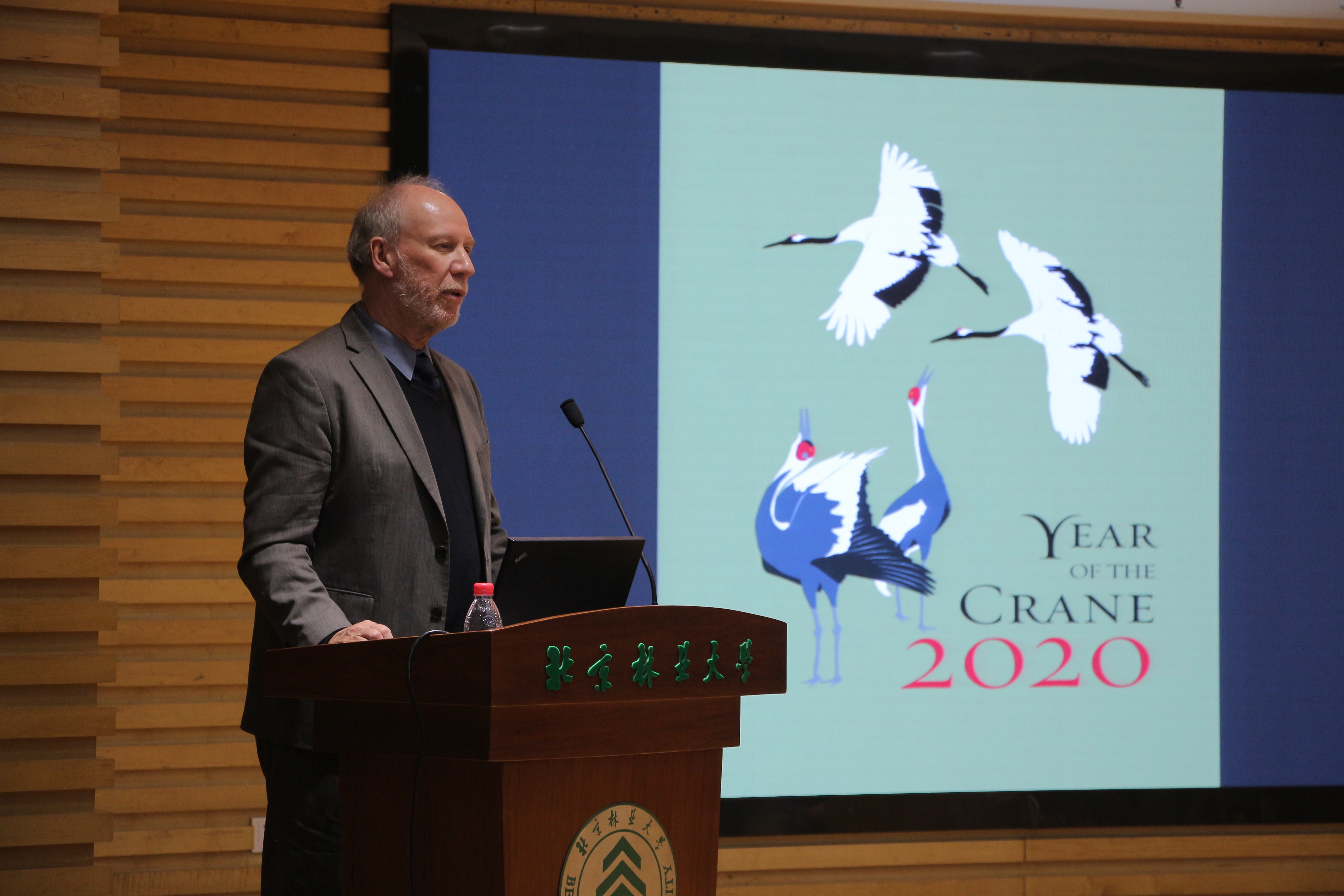