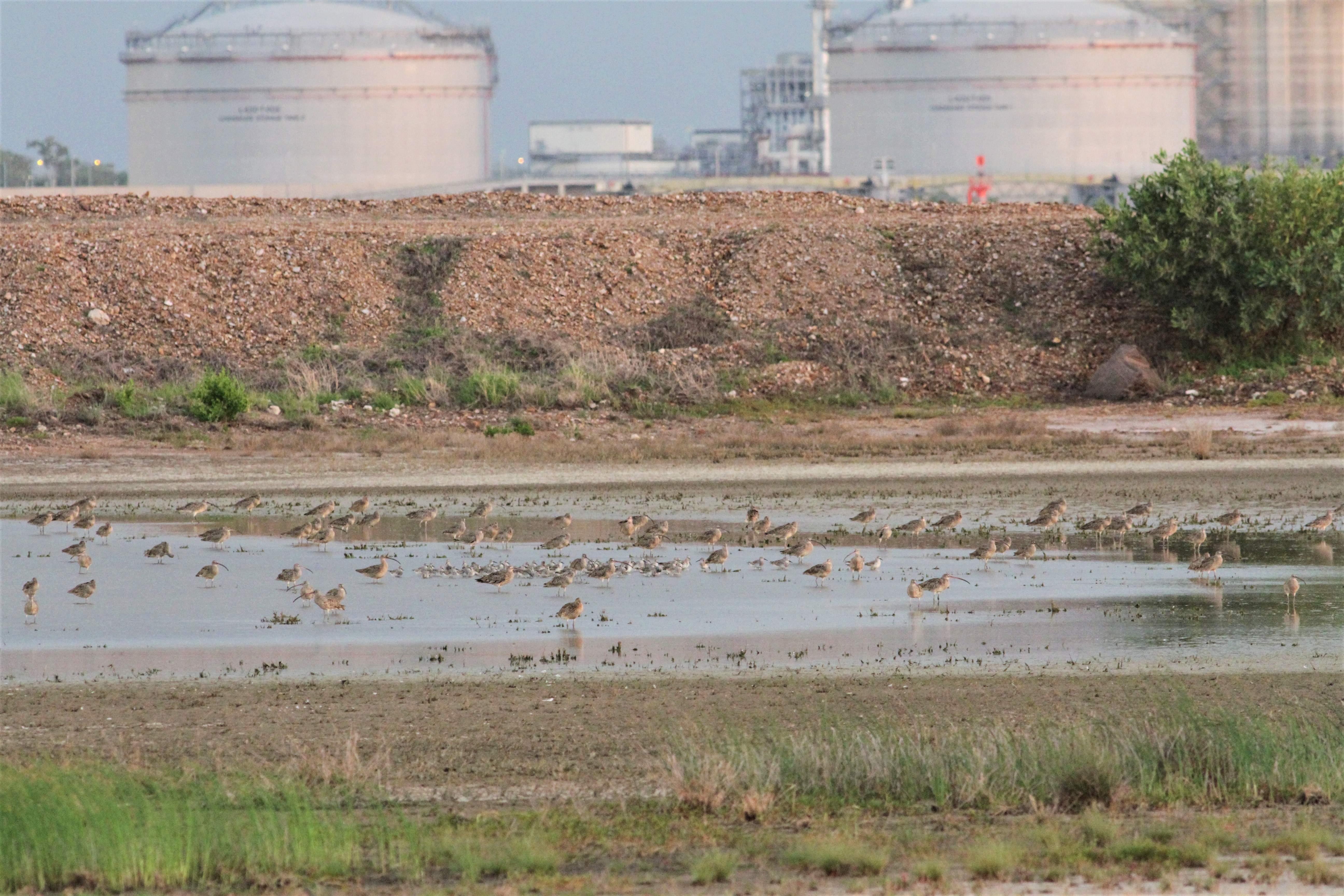 It is well-known that extensive loss and degradation of wetlands has occurred worldwide and is a major contributor to the decline of shorebirds in the EAAF. Artificial (i.e. human-made) wetlands such as aquaculture ponds, saltworks and rice paddies occur widely throughout the EAAF and have replaced natural wetlands in many cases. Interestingly, shorebirds have been documented using these areas in some places and circumstances.

A new article is now available which collated data and expert knowledge to explore how widespread artificial habitat use is by shorebirds in coastal non-breeding areas of the EAAF.

1 – There were records of 83 shorebird species, including all regularly occurring coastal migratory shorebirds, occurring across 176 artificial sites with eight different land uses.

2 – There were records of 36 species including 11 threatened species occurring in internationally important numbers at an artificial habitat site.

The authors concluded that while preserving and improving the condition of all remaining natural shorebird habitat remains of tantamount importance, the widespread use of coastal artificial habitats by shorebirds also warrants a concerted effort to integrate them into conservation frameworks. Salt production sites may be cause for particular concern because they support large shorebird aggregations but are often at risk of conversion to other land uses.

This analysis was only made possible by the efforts of hundreds of volunteers throughout the flyway who have surveyed shorebirds over many years, and the many people who assisted with literature compilation and data provision and interpretation. The authors thank everyone involved directly and indirectly.

This paper is open access and available to anyone without charge at: https://www.sciencedirect.com/science/article/pii/S0006320719312996. Shorebirds roosting in a port facility in Northern Territory, Australia © A Lilleyman

Article prepared by Micha Jackson from The University of Queensland.