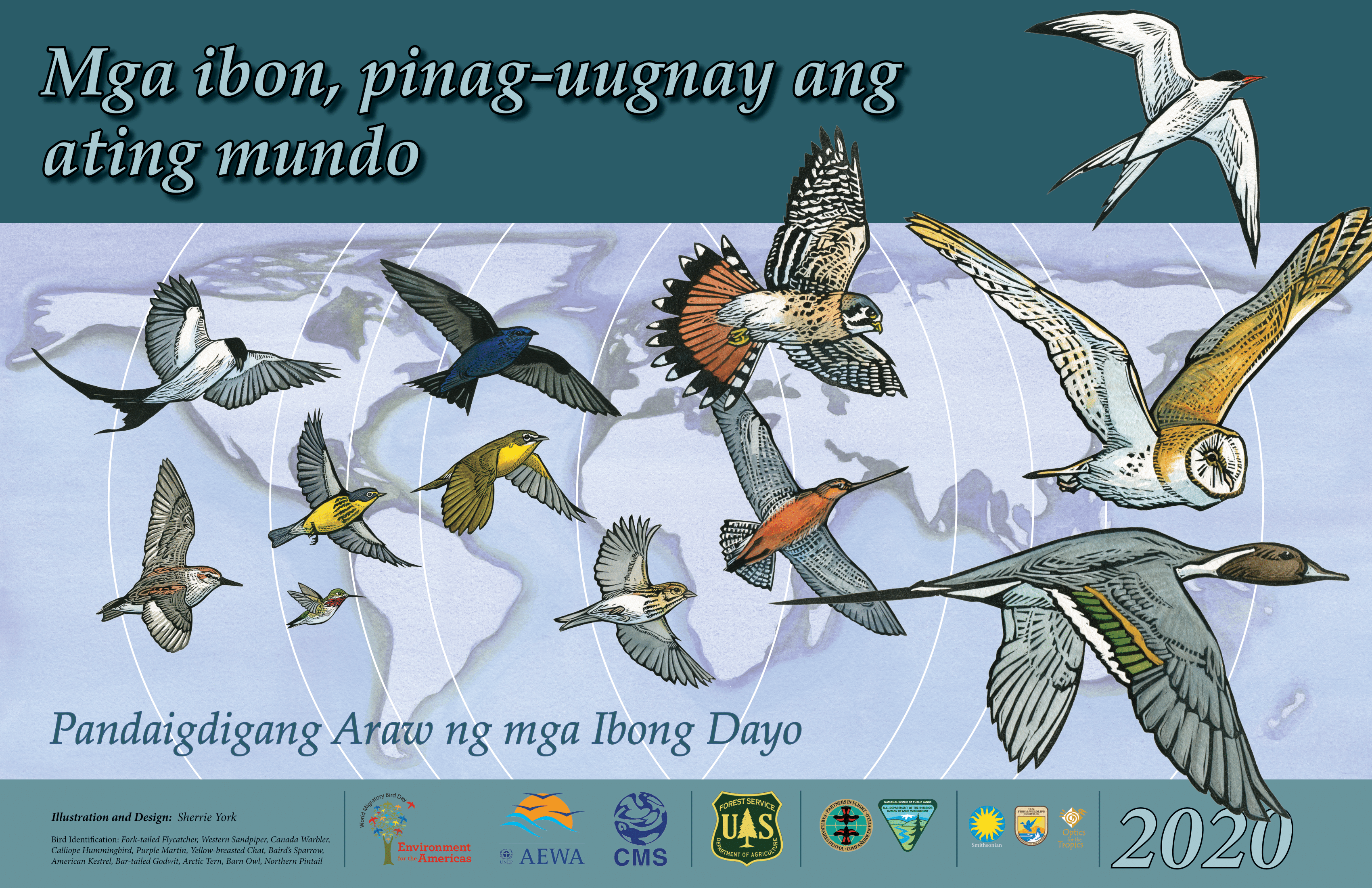 The produced Audio Video Presentation (AVP) and the Infographic posters have been posted on the official Facebook site of PENRO Negros Occidental. The Infographics produced are then printed and distributed on the different stakeholders of NOCWCA. An article had also been written and published on the local newspapers regarding the celebration of World Migratory Bird Day. The circulation of these AVP and Infographics opened a lot of questions and curiosity on the minds of the people not only in Negros Occidental but also on the rest of the Philippines. The created materials urged the minds of the people in gaining additional interest in the importance conserving and protecting the migratory birds and the wetlands. It also presented the possibility of gaining further scientific studies to be conducted in the NOCWCA to further know the current biodiversity status of the wetlands.

October 10 is celebrated as the World Migratory Bird Day with this year’s theme, “Birds Connect Our World”. The theme highlights the importance of migratory birds in conserving and restoring the ecological connectivity and integrity of ecosystems. WMBD also acts as an awareness, raising campaign, highlighting the need for conservation and of migratory birds and their habitats. It aims to draw attention to the threats faced by migratory birds, their ecological importance and the need for international cooperation to conserve them.
In celebration of this year’s World Migratory Bird, the Provincial Environment and Natural Resources of Negros Occidental highlighted the importance of the Negros Occidental Coastal Wetlands Conservation Area (NOCWCA) as the declared 7th Ramsar Site and 4th East Asian Australasian Flyway Network Site in the Philippines. The NOCWCA is a contiguous wetlands area with a coastline of 109.52 kilometers which covers seven (7) Municipalities (Pulupandan, Valladolid, San Enrique, Pontevedra, Hinigaran, Binalbagan, Ilog) and three (3) Cities (Bago, Himamaylan, Kabankalan). It is a haven for both terrestrial and aquatic wildlife species that includes 1 threatened species of Marine Mammals, the Irrawaddy Dolphins, three (3) species of marine turtles, the Green Sea Turtle, the Olive Ridley Sea Turtle and Hawksbill Sea Turtle. At least 80 species of birds including the endemic and threatened Philippine Ducks and globally-significant population of Black-Tailed Godwits, Great Knots, Herons, Sandpipers, Egrets, Bitterns, Stilts and other species of waterbirds are also present in the area. NOCWCA also supports 1.5% of the global population of the Endangered Great Knots and 2.1% of the near-threatened subspecies of Black-Tailed Godwit. NOCWCA serves as a habitat for more than 20,000 waterbirds at a time, making it a crucial site for bird conservation.

An on-line media event was organized, in which a series of Infographics were produced and posted on the official facebook page of PENRO Negros Occidental. It displayed the remarkable component of our very own Negros Occidental Coastal Wetlands Conservation Area that included the importance of protecting our wetlands, interesting facts of having migratory birds in the area and some of the threatened species of migratory birds that frequents the NOCWCA. An Audio Video Presentation was also produced and posted on the official PENRO Negros Occidental Facebook page that exhibited the salient features of NOCWCA and the programs and projects that had been done to protect and conserve the biodiversity of the area. Moreover, Communication, Education and Public Awareness (CEPA) materials were also produced from the formed Infographic Posters to be distributed to the different stakeholders of NOCWCA. This event was organized for the purpose of continuously assuring the public that the effective protection, management and conservation of the NOCWCA are of utmost priority and also to continue increasing the community’s awareness through the aforementioned activities with strict adherence to health protocols to fight against the threat of COVID-19 virus. (Watch the video in Facebook page)