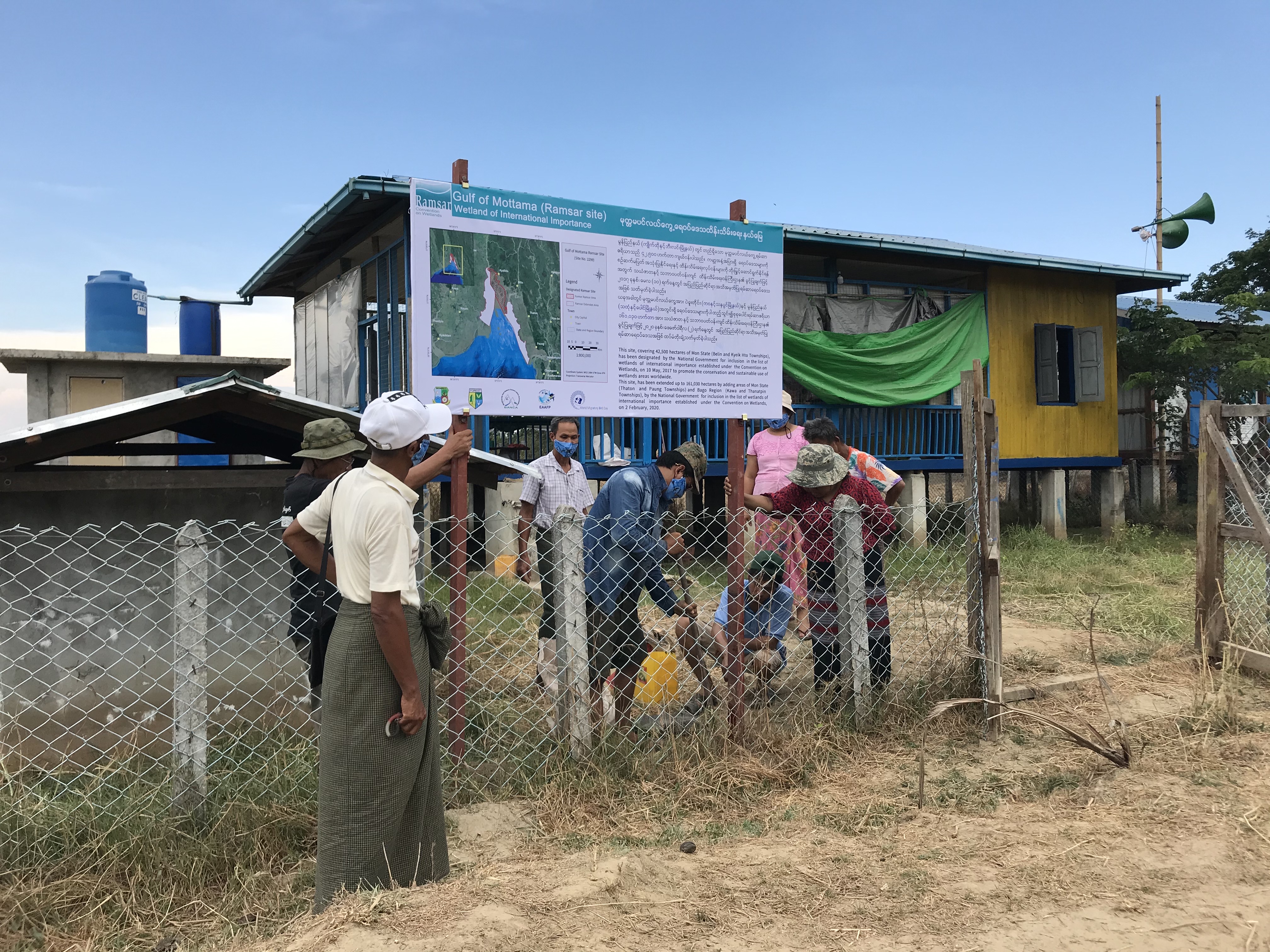 Gulf of Mottama is the most dynamic estuary and one of the largest mudflat areas in the world. This site supports up to 150,000 migratory waterbirds in non-breeding season including the critically endangered Spoon-billed Sandpiper (Calidris pygmeus) hosting more than half of the remaining global population. To safeguard of the ecosystem services of this site, the area of 42500 hectares in Bilin and Kyeikhto Townships of Mon State was designated as fourth Ramsar Site Myanmar in 2017. BANCA has been carried out the CEPA program and empowered local villagers who depended on hunting activities in these areas to make alternative livelihood and also formed them as local conservation groups (LCGs). BANCA has been closely working with Ministry of Natural Resources and Environmental Conservation and local people for protecting this site and extending the areas of Gulf of Mottama Ramsar Site. After extensive consultations with different stakeholders, this site boundaries has extended to 161,030 hectares in Thaton and Paung Townships of Mon State and Kawa and Thanatpin Townships of Bago Region on February, 2020.

Secondary, a total of (6) Gulf of Mottama Ramsar awareness signboards were installed per guideline of Ramsar Convention to know the importance of wetlands conservation for migratory shore birds species and their values in six coastal villages along the Gulf: Kyeik Hto, Bilin, Thaton and Paung Townships in Mon State and Kawa and Thanatpin Townships in Mon State.

BANCA also distributed awareness pamphlets on the importance of protecting migratory birds and their habitats with the objective of this year theme of World Migratory Bird Day 2020 and protective masks with the printing design of World Migratory Bird Day to protect COVID-19 pandemic to villagers and also the members of local conservation groups. These could be promoted knowledge about the importance of protecting migratory birds and their wetland habitats along the Gulf of Mottama. The coronavirus outbreak had an impact on project implementation for installing signboards as Myanmar Government had notified to prevent this outbreak. The objectives of the event with detailed agenda have already informed to relevant Government agencies, village headers and villagers to ensure the smooth of project activities.