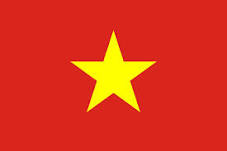 On October 19th, the Government of the Socialist Republic of Vietnam became the 34th Partner of EAAFP with enthusiastic and unanimous support from all Partners.

Vietnam is a very important country for migratory waterbirds, situated at the heart of the Flyway. The Government of Vietnam has been very active in conserving these species and their habitats in the country. It has also been active in EAAFP, playing a constructive role in earlier MOPs, even though it was not a formal Partner. Vietnam will nominate Xuan Thuy National Park, a key site for critically endangered Spoon-billed Sandpiper and endangered Black-faced Spoonbill, as an EAAFP Flyway Network Site. We look forward to identifying additional Flyway Network Sites with the Vietnamese government. EAAFP is currently supporting, with the Ramsar Regional Center for Asia, a national site managers training workshop in Hanoi.