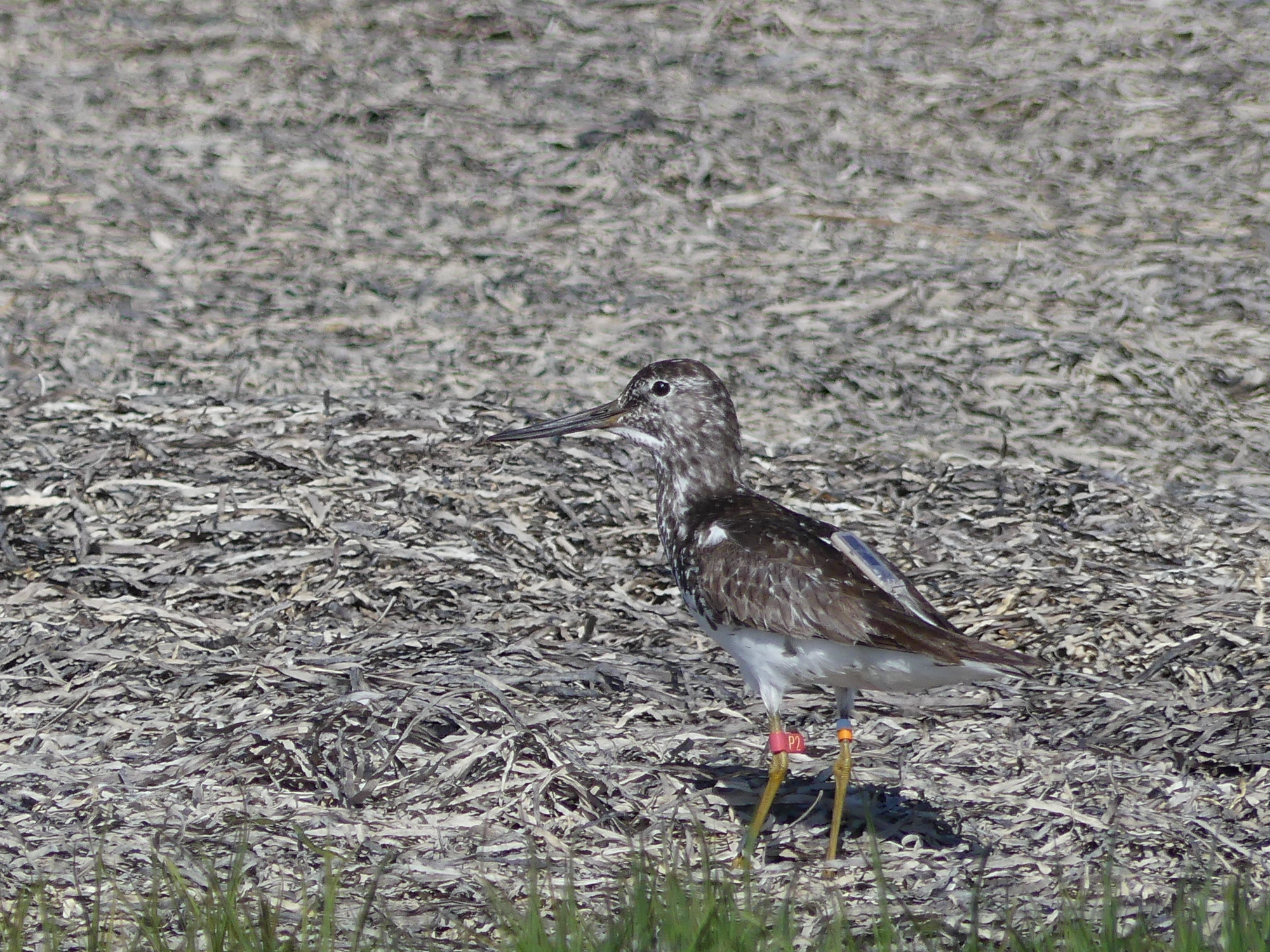 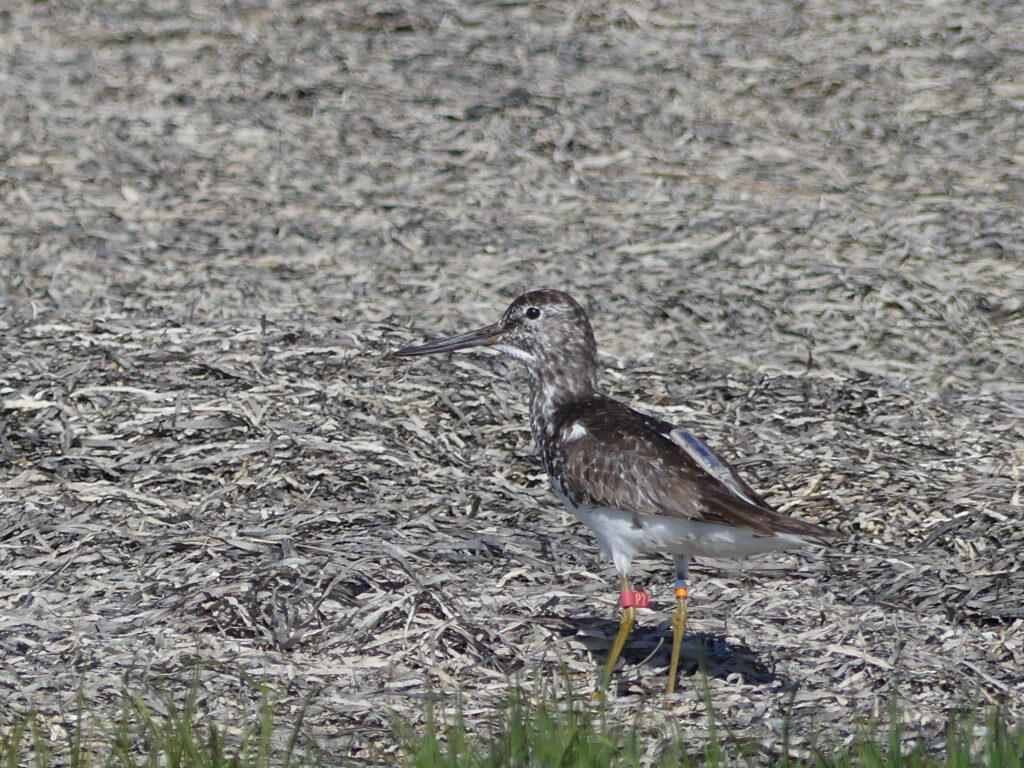 During the boreal summer of 2021, the project team tagged 10 Nordmann’s Greenshank (Tringa guttifer) with 3.5 g Nano GPS tracking devices developed by Druid Technology Co., Ltd (Image 1) on their breeding grounds in western Schaste Bay, Khabarovsk Krai, Russian Far East. The team was awarded these tracking devices from a competition at the inaugural East Asian-Australasian Flyway Shorebird Science Meeting, held at the National Institute of Ecology in Seocheon-gun, Republic of Korea (ROK) from 3-5 November 2020. They captured Nordmann’s Greenshanks using bow-net tables (Pronkevich et al. 2022) as well as the cover technique (Johnson et al. 2020) in late June to early July 2021 and tagged birds using the leg-loop method (Sanzenbacher et al. 2000). The team returned to Schaste Bay during the boreal summer of 2022 and downloaded movement data from birds that returned to their breeding grounds.

The project team received insights on Nordmann’s Greenshank local movements on the breeding grounds for all 10 birds throughout July of 2021 (Figure 1), and movement data from five birds traveling to, and within, their coastal stopover grounds in Jiangsu Province, China during the fall of 2021 (Figure 2). They also recorded the southward migration of one bird from its stopover grounds in China to its wintering area in northern Sumatra, Indonesia, and its local movements there. It is hoped the results from tracking Endangered Nordmann’s Greenshanks can shed light on the species’ movement and migratory ecology and sites used, as well as assist the conservation community protect critical sites throughout their range. Both 2021 and 2022 Schaste Bay field seasons were supported by the Wildlife Conservation Society. For the complete report, please contact Philipp N. Maleko (malekoph1@gmail.com). 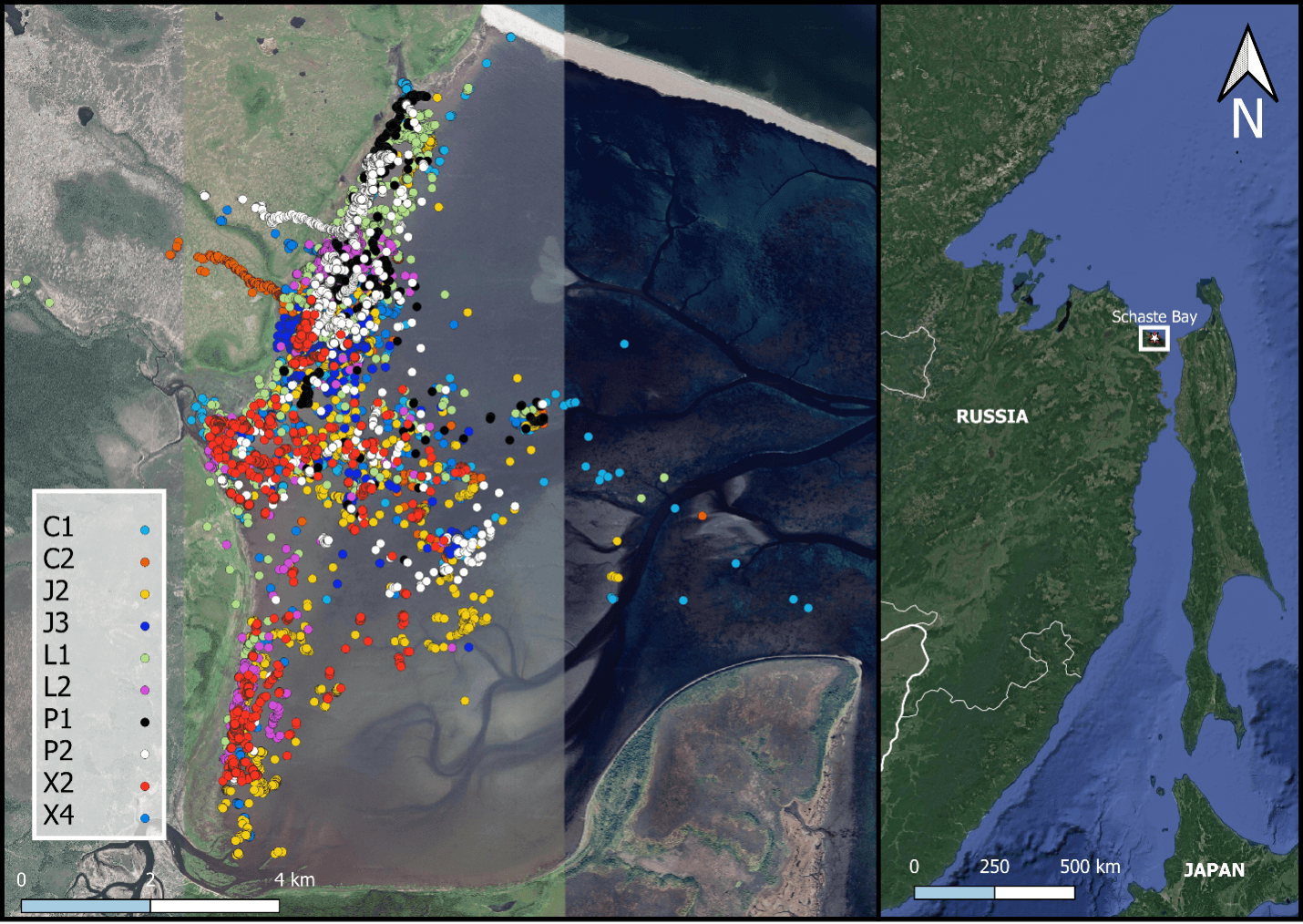 Figure 1. Points from all 10 tagged Nordmann’s Greenshank showing their post-nesting distribution. The species’ main post-nesting habitat was intertidal mudflat, with few points on coastal meadows, and even fewer within inland bogs or larch forests after birds led their chicks to brood-rearing areas. 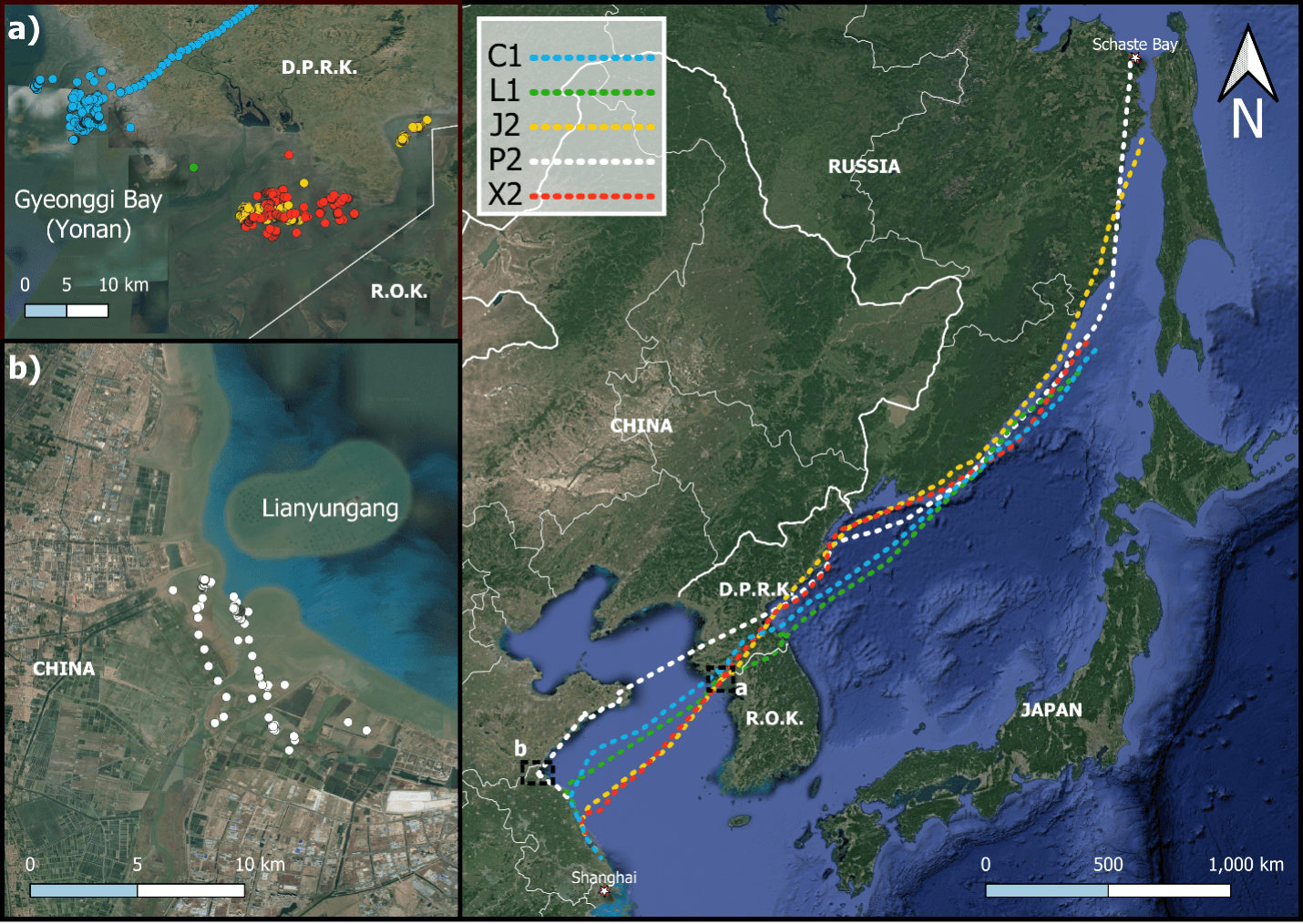 Figure 2. Overview of Nordmann’s Greenshank southward migration from their breeding grounds in Schaste Bay, Russian Far East to stopover grounds in coastal Jiangsu Province, China. Southern migration of these five birds lasted from 17 July to 9 August 2021. Greenshanks traveled an average of 3,176 km to reach their stopover grounds. Besides a brief pathway over the Korean peninsula, migration took place along the coast. Panel a) shows where three Nordmann’s Greenshanks staged in Gyeonggi Bay (Yonan) on the border of the Democratic People’s Republic of Korea (DPRK) and the Republic of Korea (ROK) for seven to ten days.

Coastal Obligates: The tagged Nordmann’s Greenshanks did not stray far from the coast (max 1.5 km) at any point during post-nesting in Russia, staging in DPRK, stopover in China, or wintering in Southeast Asia. The only times tagged birds were significantly inland was along brief migratory routes over Vietnam, southeast China, and when crossing the Korean peninsula; however, the majority of the species’ migratory corridor is coastal. This suggests Nordmann’s Greenshanks may be coastal obligates and seldom occupy inland areas.

The project team is thankful to the Wildlife Conservation Society for facilitating this work in 2021 and 2022. Special thanks to Dr. Chi Yeung Choi for providing methodological and technical guidance throughout the study. Dr. Chi Yeung Choi and the Spoon-billed Sandpiper in China team were also critical in downloading data from Nano devices in Jiangsu Province, China in Fall of 2021. Also thank the staff at Druid Technology Inc. for troubleshooting technical difficulties.