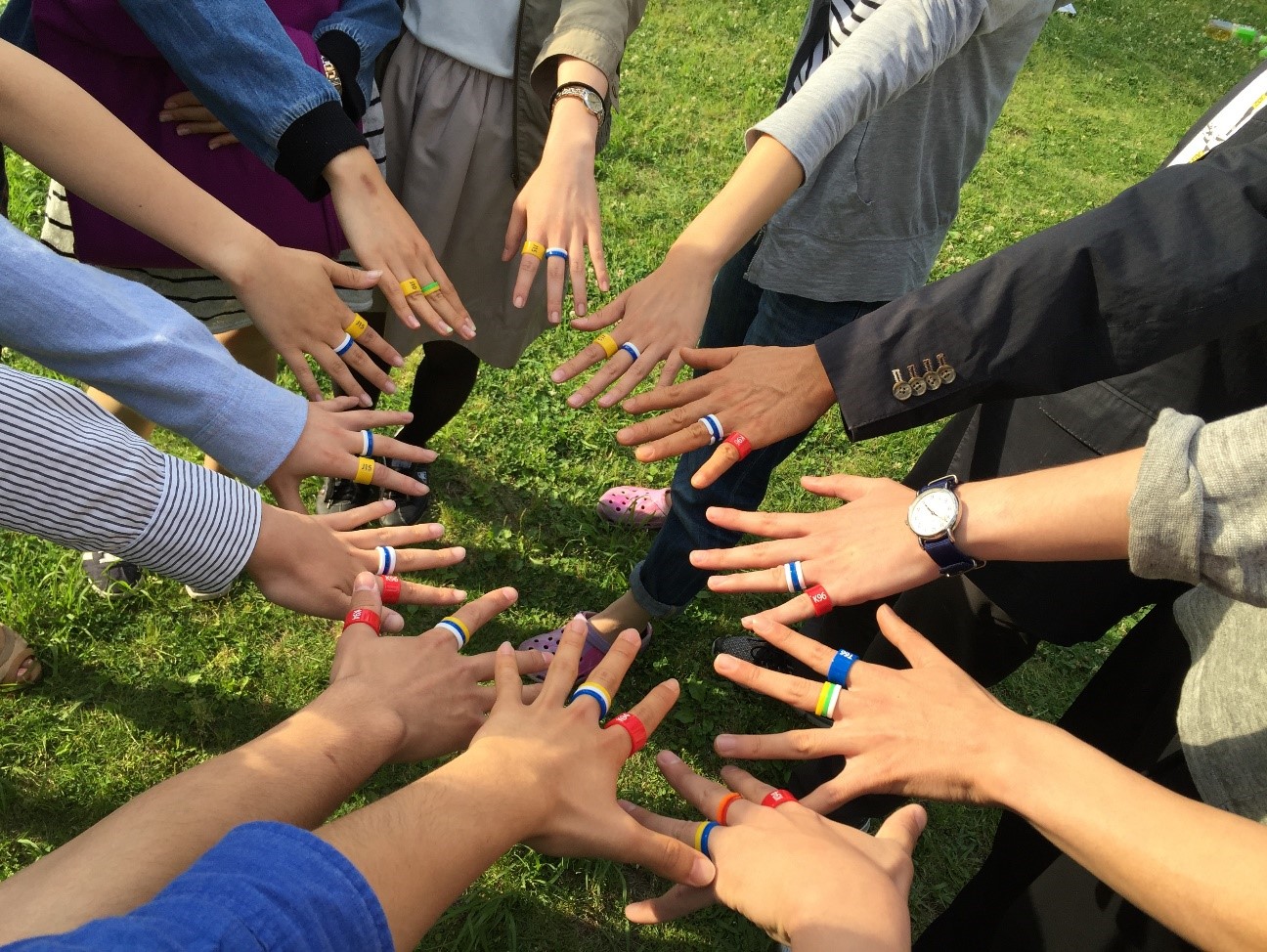 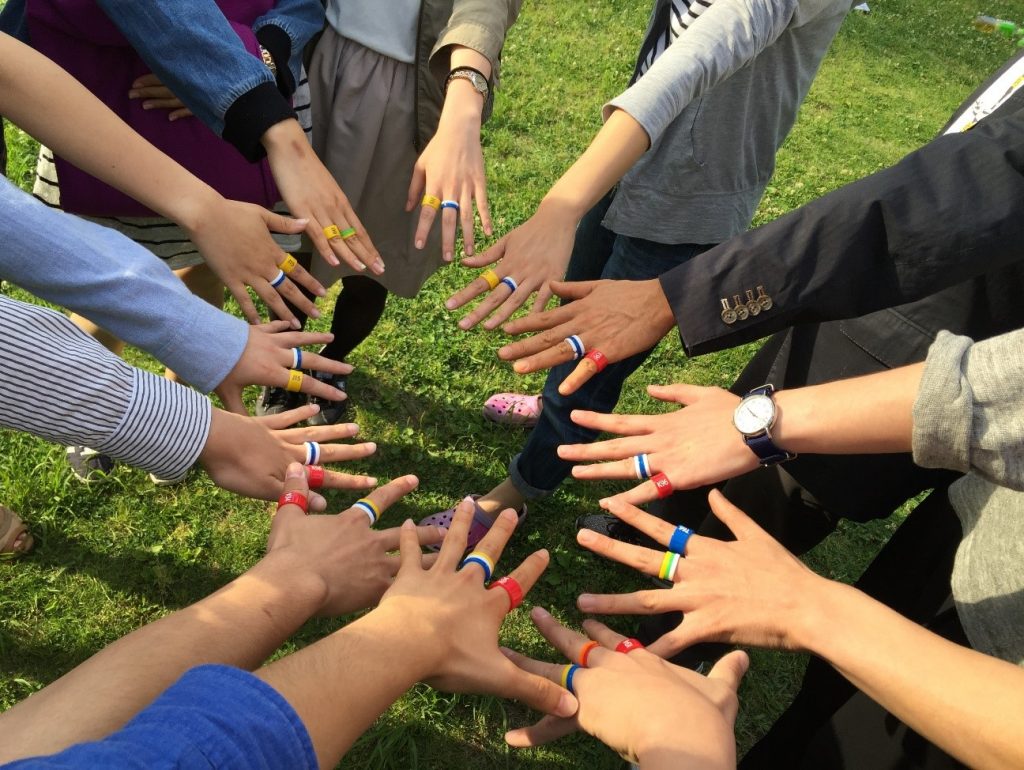 To strengthen the connection, Team SPOON visited Ro Korea from 1st to 5th of September this year. Places we visited included Gangwha Island, Sihwa Lake, Hwaseong Lake and Namdong Reservoir in Incheon. Through this trip, we were able to see more than 120 Black-faced Spoonbills as well as meeting many people who conserve them and who value nature and the environment. In Gangwha Island, we met a children’s group called “Spoonbill Guardians”. These young guardians gave us leaflets to be distributed to children who live in the vicinity of the habitat of the spoonbills. Team SPOON wants to expand such exchange activities to connect with people who share Black-faced Spoonbill habitats across borders. 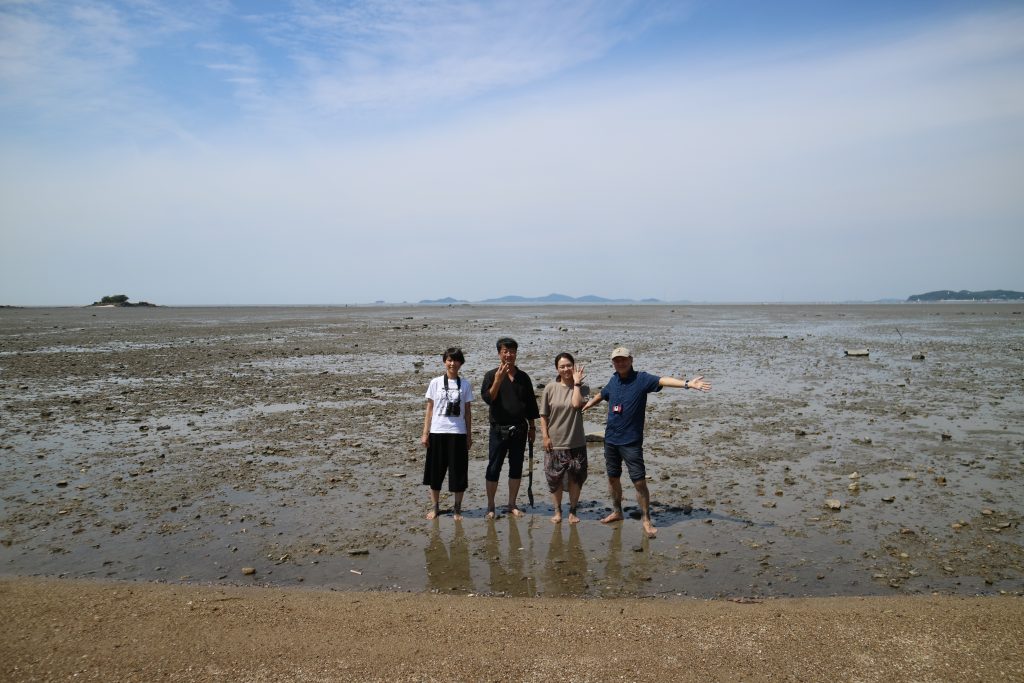 One of the objectives of the trip was to visit and learn about the fields of “Conflict of Greens”. Today, in the context of preventing climate change, renewable energy is being introduced all over the world. East Asia is of no exception – the world’s largest tidal power plant is being planned in South Korea and a huge solar power plant in Taiwan, both of which will take place in the habitats of Black-faced Spoonbills. Thus, “green” energy development could cause conflicts with “green” considerations. Team SPOON has been studying this topic since April in order to understand more about such “Conflict of Greens” which may affect Black-faced Spoonbill.

The main points raised by local organizations we met in Ro Korea were as follows: They regarded renewable energy as an important tool to prevent climate change and there is no going back to promoting the use fossil fuels and nuclear power. However, renewable energy development has destroyed the rich ecosystem of the tidal flat because the facilities were built on these ecologically-important lands.

After hearing the struggles form the local conservationists and groups, Team SPOON came to think that it is a must to look at not only energy production, but energy consumption. In order to bring a change to energy consumption, it would be vital that people living in urban areas consider environmental issues in wider scopes such as climate change. At the same time, people have to decide their actions in considering connections of their actions to small-scale issues such as local tidal flats. And this is what Team SPOON wants to work on. They will raise the awareness and promote tacking the issue of Conflict of Greens through their activities that connect people and Black-faced Spoonbills, and people from different countries who are also looking after spoonbill’s habitats. 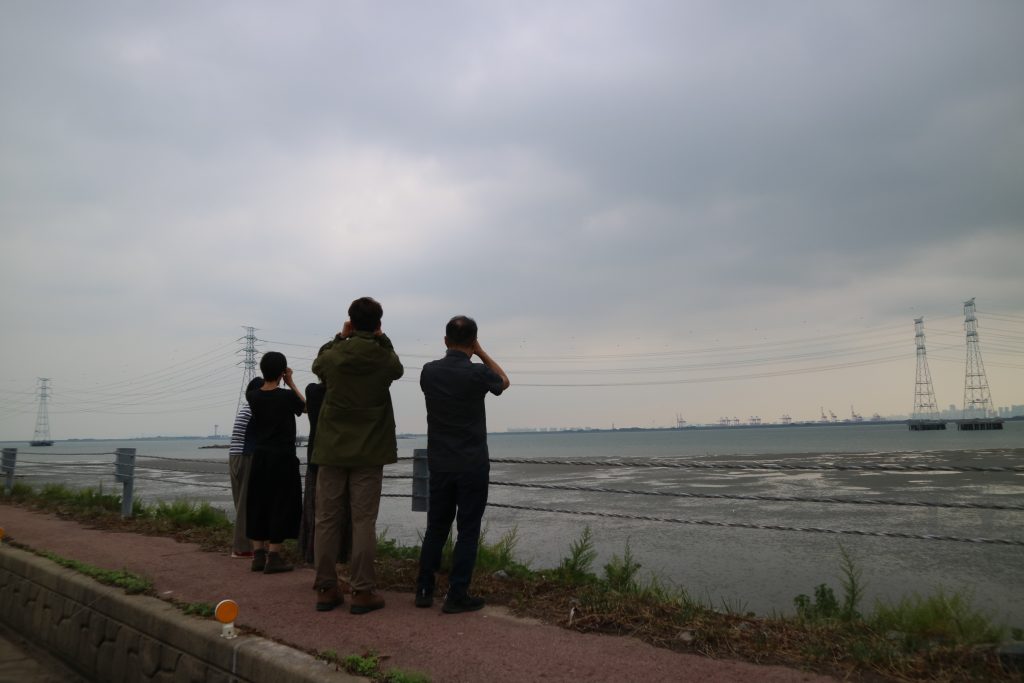