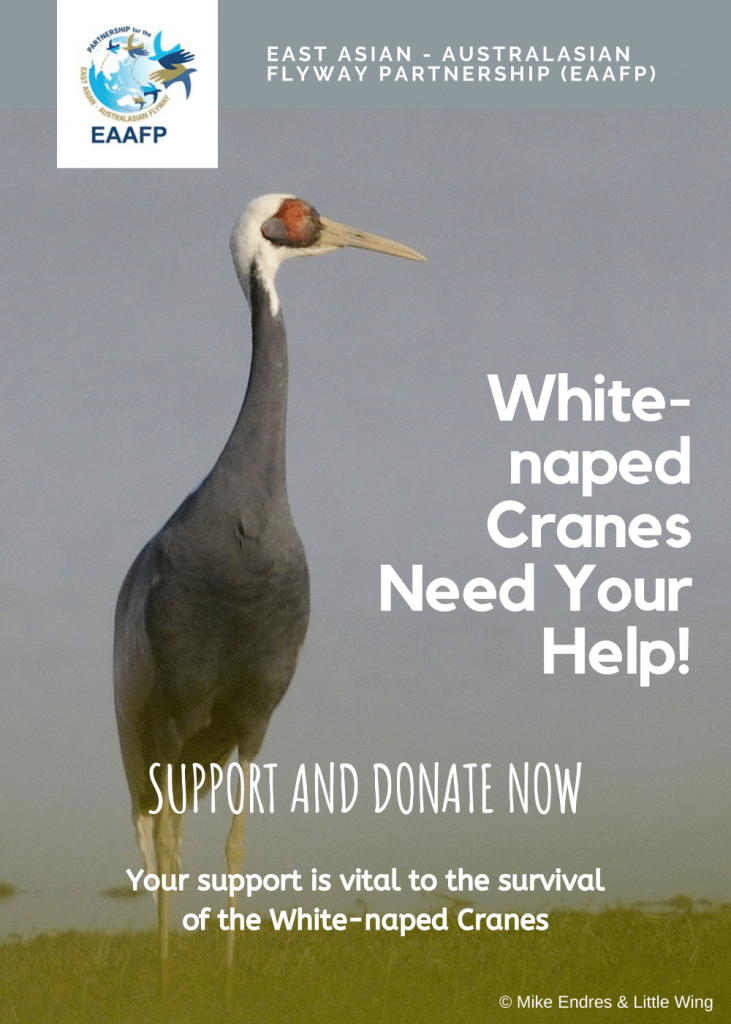 With pinkish legs, dark grey and white striped neck, and a reddish face patch, White-naped Crane is a symbol of peace for the people of the Korean peninsula. However, its existence is under danger because of the declining population.

White-naped Cranes are listed as Vulnerable on the IUCN Red List of Threatened Species. At present, the population has declined to around 3,700 to 4,500 mature individuals. Their main habitats are located in East Asia and the declining population trend is mainly due to the loss of wetlands to agricultural expansion and deteriorate by growing human demand for water, as well as illegal hunting and pollution from pesticide use.

Your support is vital to contribute to the survival of White-naped Cranes. The EAAFP Partners including  International Crane Foundation (ICF) conduct awareness raising activities, monitoring and research and supports the works of Crane Working Group to stop the species from further declination. 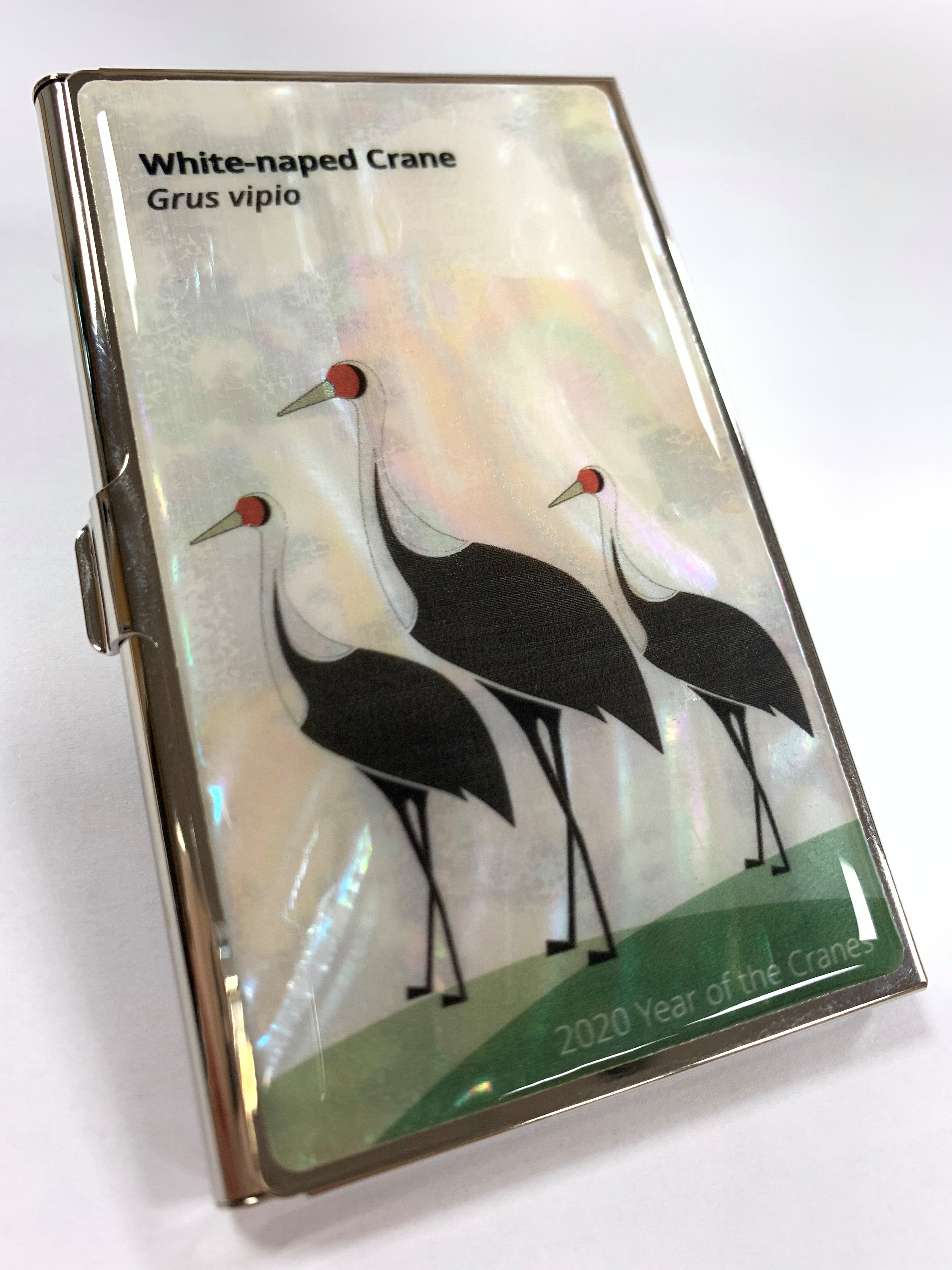 For those who make a donation above USD 50.00 we will send a well-designed White-naped Cranes name card holder as appreciation.

Small actions make a big difference. Please do not hesitate and support the conservation work for White-naped Cranes with EAAFP.