Hanns Seidel Foundation (HSF) is active in Rason Special Economic Zone (SEZ) since 2009 and promotes the conservation of the area. In cooperation with the EAAFP Secretariat we created an exhibition to introduce the nature reserve and to unveil the significance of North Korea as a stopover site for migratory birds. 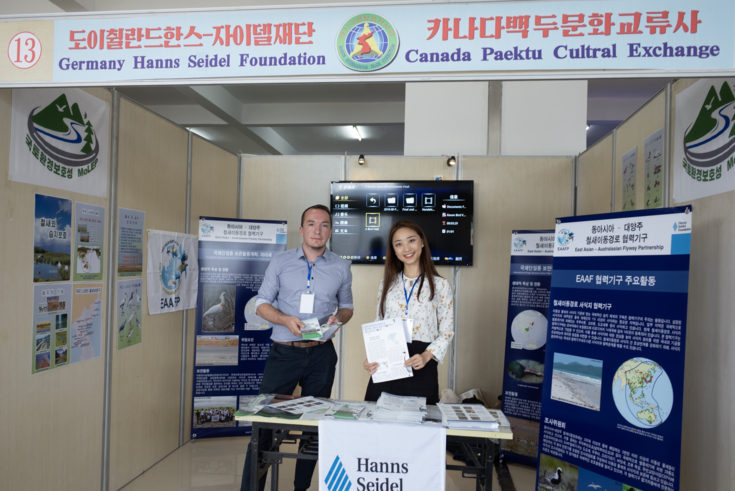 HSF is active in Rason SEZ since 2009. As the first Special Zone in North Korea, it was intended to “become the Singapore of the East”, but lacked behind expectations for many years. Today, some progress and development is apparent, despite sanctions that also target the major industries in the zone, namely seafood and textile exports. At the same time, Rason Migratory Bird Reserve is one out of two Ramsar Wetland Sites of International Importance designated in 2018 when the country acceded the Ramsar Convention. The three lakes Manpo, Sobonpo and Dongbonpo are an important site for migratory birds along the East Asian – Australasian Flyway. HSF Korea promotes the conservation of the area by conducting research and awareness raising activities. 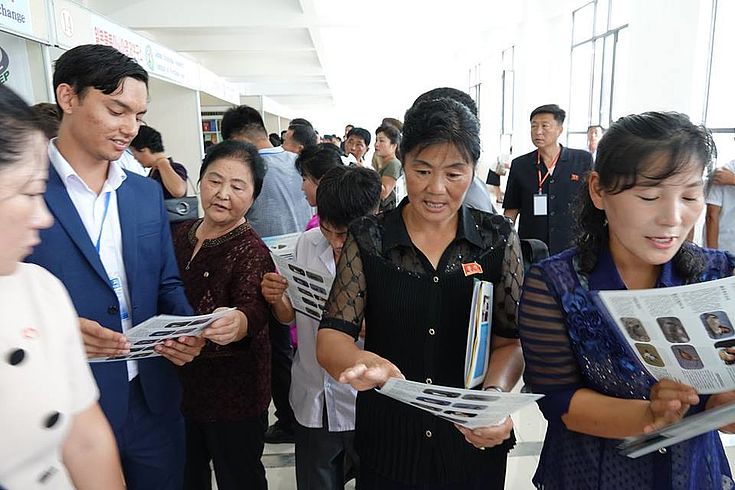 In August 2018, the annual Rason International Trade Exhibition took place in Rajin, capital of Rason SEZ, for the 8th time. In cooperation with the East Asian – Australasian Flyway Partnership Secretariat an exhibition was created to introduce the nature reserve and to unveil the significance of North Korea as a stopover site for migratory birds to the local visitors. A video was shown introducing the research activities and the biodiversity at Rason Migratory Bird Reserve. Since 2014, HSF has conducted more than five research trips with international experts to Rason. It was found that the site hosts more than 20 000 waterbirds “regularly” in March and in October/November, that it assembles globally threatened waterbird species and serves as a stopover site for more than 1% of several waterbird species during migration. This led to the designation of the site as a Ramsar Wetland Site of International importance. 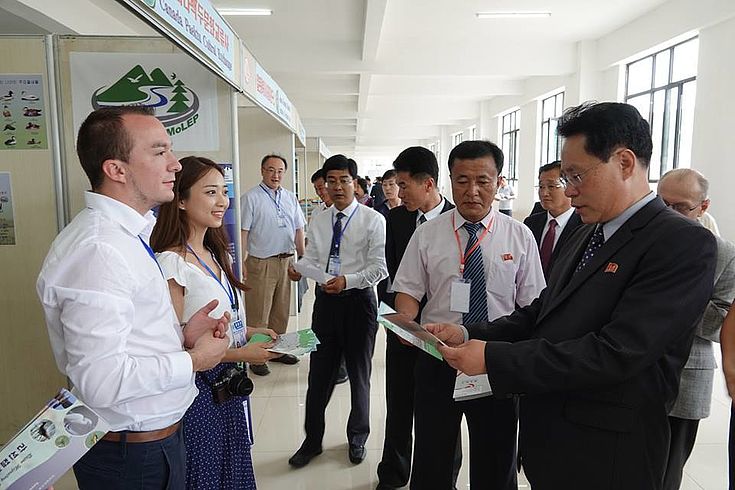 HSF Korea supports cooperation and exchanges on the Korean Peninsula. Since North Korea is often isolated from the international community for internal and external reasons, it is even more important to share the concern of environmental issues that need transnational efforts. Through its activities, HSF Korea tries to address this concern.