Read in Chinese:
The Paulson Institute 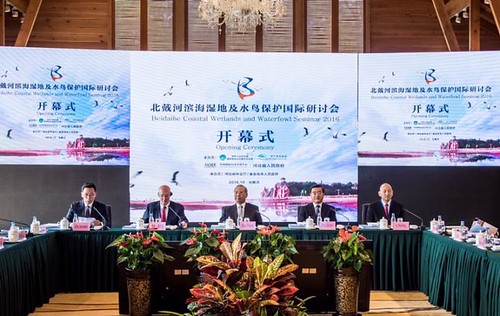 Yesterday, the Beidaihe Coastal Wetlands and Waterfowl Seminar 2016 opened in Beidaihe, Qinhuangdao, China, bringing together officials from Chinese government agencies, representatives from some provinces and municipalities around Yellow Sea and Bohai Sea, as well as experts from local and international research institutions and NGOs. The Symposium was jointly organized by the Paulson Institute, the Convention on Wetlands Management Office of the People’s Republic of China, China Center for International Economic Exchanges (CCIEE), and Hebei Provincial Government. It aims to promote the conservation of wetlands and water birds of Yellow Sea and Bohai Sea in China, and to better implement the policy options proposed by the Coastal Wetland Conservation Blueprint Project in China.

The Yellow Sea and Bohai Sea are home to the world’s largest mudflats. These wetland areas are of international importance as they not only offer various crucial ecosystem services for the socio-economic development of China and its neighboring countries, but provide key stopover and habitats for millions of migratory water birds along the East Asian-Australasian Flyway (EAAF). Since the 1950s, however, China has lost more than 60% of its natural coastal wetlands due to its fast economic development, and the coastal wetland areas are still decreasing at an annual rate of 2 %. During the same period of time, the coastal wetland area in the Yellow Sea and Bohai Sea has declined sharply and their functions have become degraded. Several research reports in recent years suggested that the population of water birds with EAAF areas has significantly declined, with a 27-33 % reduction among waders species. 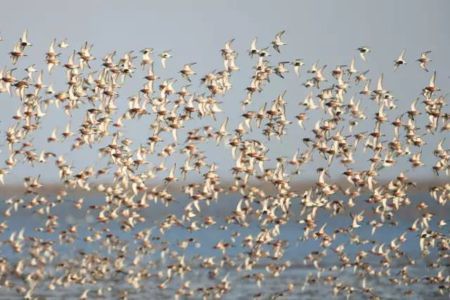 In October 2015, the Coastal Wetland Conservation Blueprint Project in China, jointly implemented by the Paulson Institute, the Convention on Wetlands Management Office, the People’s Republic of China, the Institute of Geographic Sciences and Natural Resources Research, Chinese Academy of Sciences, among others, were successfully completed. 11 key habitats for migratory water birds, which are crucial to the survival of such water birds but have not yet been put under effective protection, have been defined. Among the 11 key habitats, eight sites are located within the region of the Yellow Sea and Bohai Sea. In addition, the Paulson Institute has worked with the State Forestry Administration and WWF to launch the China Coastal Wetland Conservation Network, consisting primarily of 35 national coastal wetland nature reserves in China’s 11 coastal provinces, municipalities and autonomous regions. The objective of the Network is to strengthen coordination, collaboration and synergy of wetland conservation efforts in eastern coastal areas. 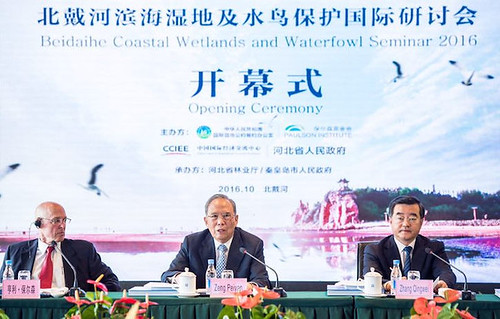 Zeng Peiyan, chairman of CCIEE, says enhancing wetland protection and restoration is a key component of promoting the development of ecological civilization in China. © The Paulson Institute

“As a staunch environmentalist, I believe that economic development and environmental protection are of equal importance and the two should go hand in hand,” said Henry Paulson, chairman of the Paulson Institute. “I am convinced that to achieve the ambitious goals of building ecological civilization in China, governments at various levels should give top priority to the protection of natural capital, including coastal wetlands.” 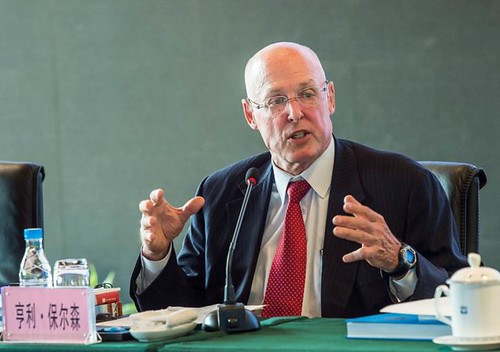 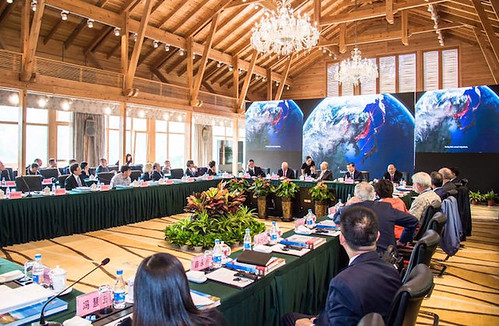 Zhang Qingwei, governor of Hebei Province, said in his remarks, “Hebei pays high attention to wetland protection management, sets up a provincial wetland protection management center, issued Hebei Wetland Protection Regulations, compiled Hebei Wetland Protection Planning (2015-2030), thus forming the initial frame work of a wetland protection system. Meanwhile, Hebei will strengthen wetland protection regulation, crack down on illegal behavior such as trapping birds, and raise awareness of the importance of wetland and birds. We regard the seminar as a great opportunity to further study and carry out the important spirit emphasized by General Secretary Xi in his Tangshan visit speech. Led by the new development concept, we will unswervingly take the path of ecology first and green development.” 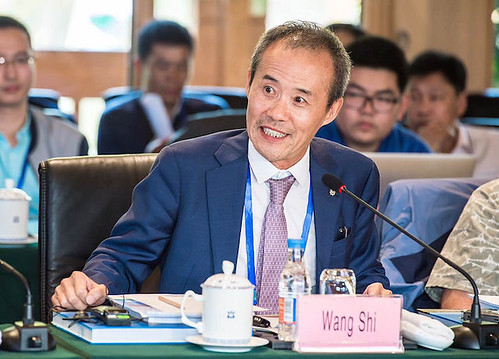 Wang Shi, chairman of Vanke, shares how entrepreneurs mobilize the non-government sector to participate in environmental protection. © The Paulson Institute

It is agreed that cooperation between various agencies and administrative areas is needed to conserve coastal wetlands and water birds in these regions. The Symposium, as well as its findings and recommendations, will definitely promote the collaboration between Tianjin, Jiangsu and Hebei in this respect.