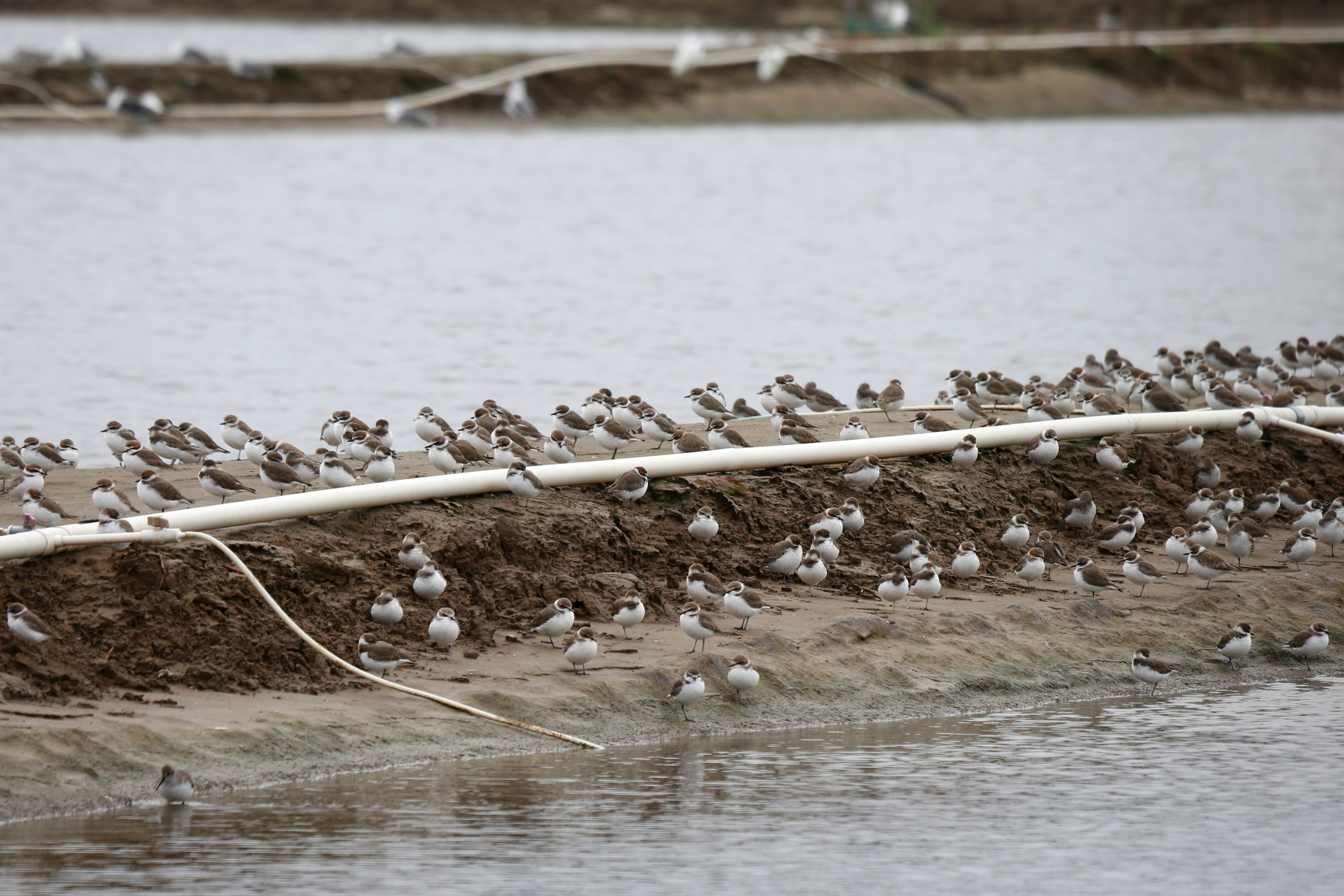 A new publication is available about the use of artificial wetlands (such as aquaculture ponds) by shorebirds in southern Jiangsu province, China – a critical stopover region in the EAAF.

This study found that thousands of shorebirds, including the Critically Endangered Spoon-billed Sandpiper, are dependent on both natural intertidal wetlands and artificial supratidal wetlands in Jiangsu. Here, extensive reclamation activities including seawall building cause total high tide inundation of remaining intertidal flats, which are critical to shorebirds for feeding. This means that most shorebirds are limited to roosting in artificial supratidal habitats such as shrimp ponds at high tide when intertidal flats are covered by seawater. As the tide recedes, they move back to intertidal flats to resume feeding. In this situation it is critical to achieve simultaneous conservation and management of both natural and artificial habitats since both habitats are used over the course of the tidal cycle.

Further, this study found that within artificial habitats at high tide, shorebirds were more abundant on larger ponds with less water cover, less vegetation, at least one unvegetated pond edge, and fewer structures near the perimeter of the pond. These results could be used to help guide the development of management arrangements for supratidal ponds that accommodate shorebirds’ habitat needs, especially during peak migration periods when habitat provision is most critical.

This paper is open access and available to anyone without charge at: https://onlinelibrary.wiley.com/doi/full/10.1002/ece3.4895

Article prepared by Micha Jackson from University of Queensland.