Potential Migratory Birds Habitats in the Northern Part of Bangladesh

Posted on August 27, 2019 Categories: All News, News for Bangladesh 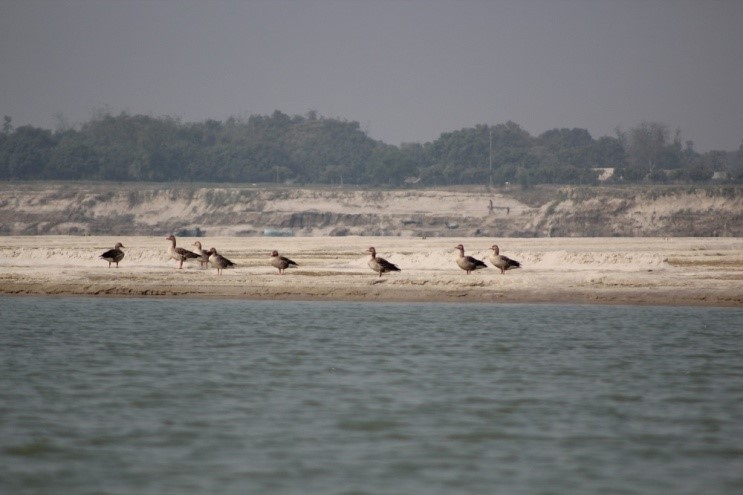 A recent survey was carried out to identify potential migratory birds’ habitats in northern Bangladesh. The study especially focused riverine habitats and showed the results of a three-month observation of migratory waterbirds at char-lands of Padma River, covering two districts of Bangladesh. A total of 13 sites were identified. The study was supported by the EAAFP Small Grant program.

Bangladesh has about 800 rivers, including tributaries that flow through the country constituting a waterway of around 24,140km long. The Padma-Ganges is one of the four major networks and situated in the central part of the deltaic river system with hundreds of rivers which, within Bangladesh, is divided into Ganges (258 km long) and Padma (120 km long).

The River Padma has become compartmentalized by the development of sandbars known as ‘char-lands’ that rise above the water level. Char-lands are generally a seasonal natural process of the riverine ecology and have a complex ecosystem. The study was conducted in two northern districts (Rajshahi and Chapai Nawabgonj) of Bangladesh, with a focus on the char-lands of the Padma river basin.

Such riverine habitats (water channels and sandbars) support a wide variety of bird species, many of them nest on sandbars, others forage along or in the water channel. During the winter season, a number of migratory birds invade the Padma char-land, and some people hunt these birds to earn money.

The survey was conducted in two districts Rajshahi and Chapai Nawabgonj which support the River Padma, between November 2018-December 2018 and January 2019. ‘Point Count’ method, which was boat-based, or char-land based, was used for determining the relative abundance of birds. In addition, local fishermen and villagers were interviewed about the occurrence and possible threats.

1.Premtoli, Under Godagari and Paba Upazila of Rajshahi District 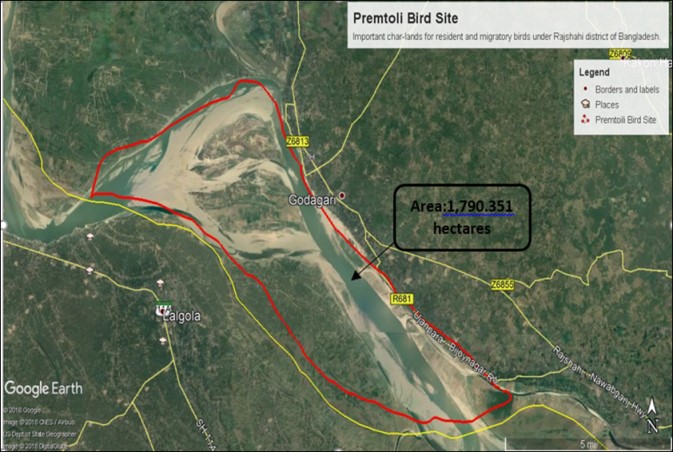 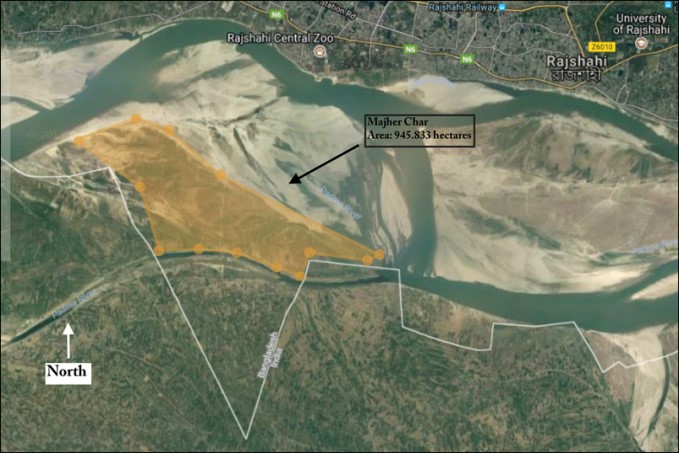 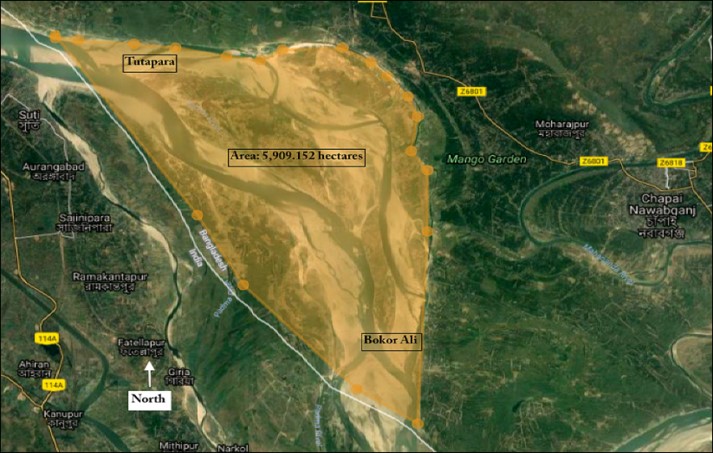 During the three-month survey period, a total of 13 sites or points were identified in between two earlier mentioned districts of Rajshahi Division, Bangladesh as wintering grounds. A total of 30 species of waterbirds were identified from the char-lands of the Padma River, which are migratory to Bangladesh. Twenty-one species were recorded from Rajshahi district and additional nine species were recorded from Chapai Nawabgonj district. Three globally vulnerable species, the Common Pochard (Aythya ferina), the Lesser Adjutant (Leptoptilos javanicus) and the Wolly-necked Stork (Ciconiaepiscopus) were recorded during the survey.