Eaaflyway > News > News from the field: The release!

News from the field: The release!

At around 12:00hrs, all 30 of the 2017 cohort of headstarted Spoon-billed Sandpipers were released. Around three hours before the release all shelters were removed from the pen and dishes moved to the front near the entrance. We’ve adopted this approach as we’ve found that it helps the young birds move out in a more settled manner, as they can be rather reluctant to leave the security of the pen. Just before the release the food dishes were all removed and arranged just outside the entrance, the door was removed and we stepped back to watch the proceedings. It didn’t take long for things to start happening and after around 20 minutes the first bird gingerly left the release aviary. 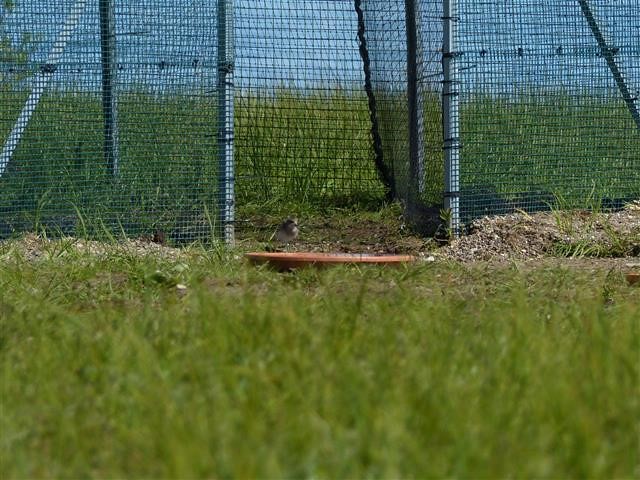 After the first bird had left others quickly followed and within two hours all birds had left the aviary. 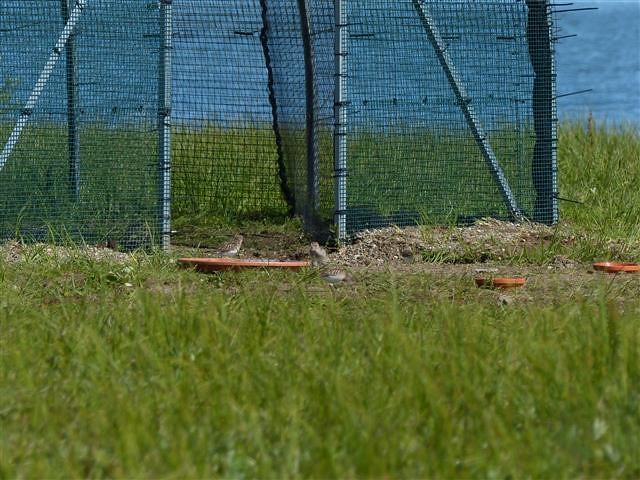 The release well under way with birds leaving the pen and heading off into the marsh, 28 July 2017. Photo by © Roland Digby/WWT.

Upon leaving, the birds quickly melted away into the marsh and, once clear, all food dishes were removed and the pen sealed up. With so many insects around (particularly mosquitos and midges), there was no need for any supplementary feed other than a couple of handfuls of dried mealworms spread around to encourage the birds out and the birds all quickly settled down being all observed happily feeding away during the afternoon and evening when the marsh was surveyed. 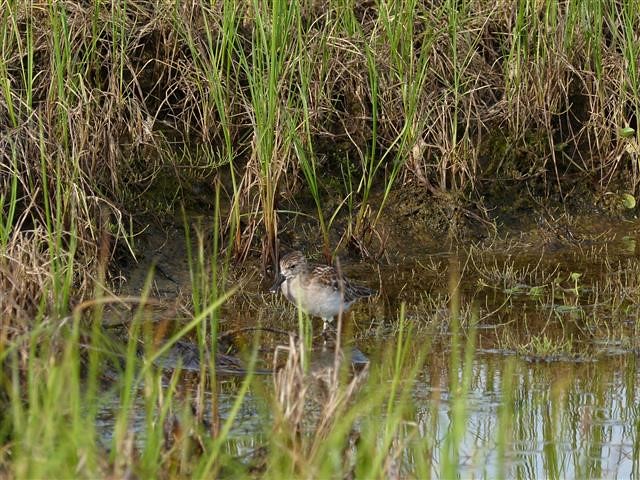 Young spoon-billed sandpiper feeding along the edge of a pool a few hours after release, 28 July 2017. Photo by © Roland Digby/WWT.

Other news is that 0C and his chick lime green U6 have moved to our end of the marsh and we’ve been treated to some lovely views of him and his offspring on a daily basis since the day of the release. The chick is doing well and is a real eating machine, growing well on a daily basis. 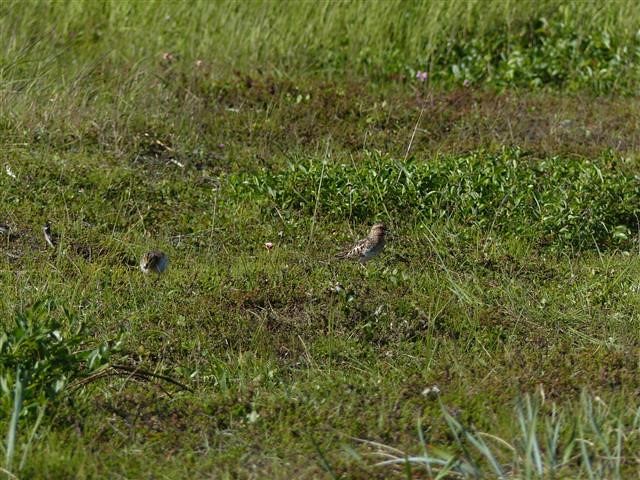 That’s all from me, time permitting I’ll try and get another update sent to you before my helicopter leaves (hopefully) on the 4th.