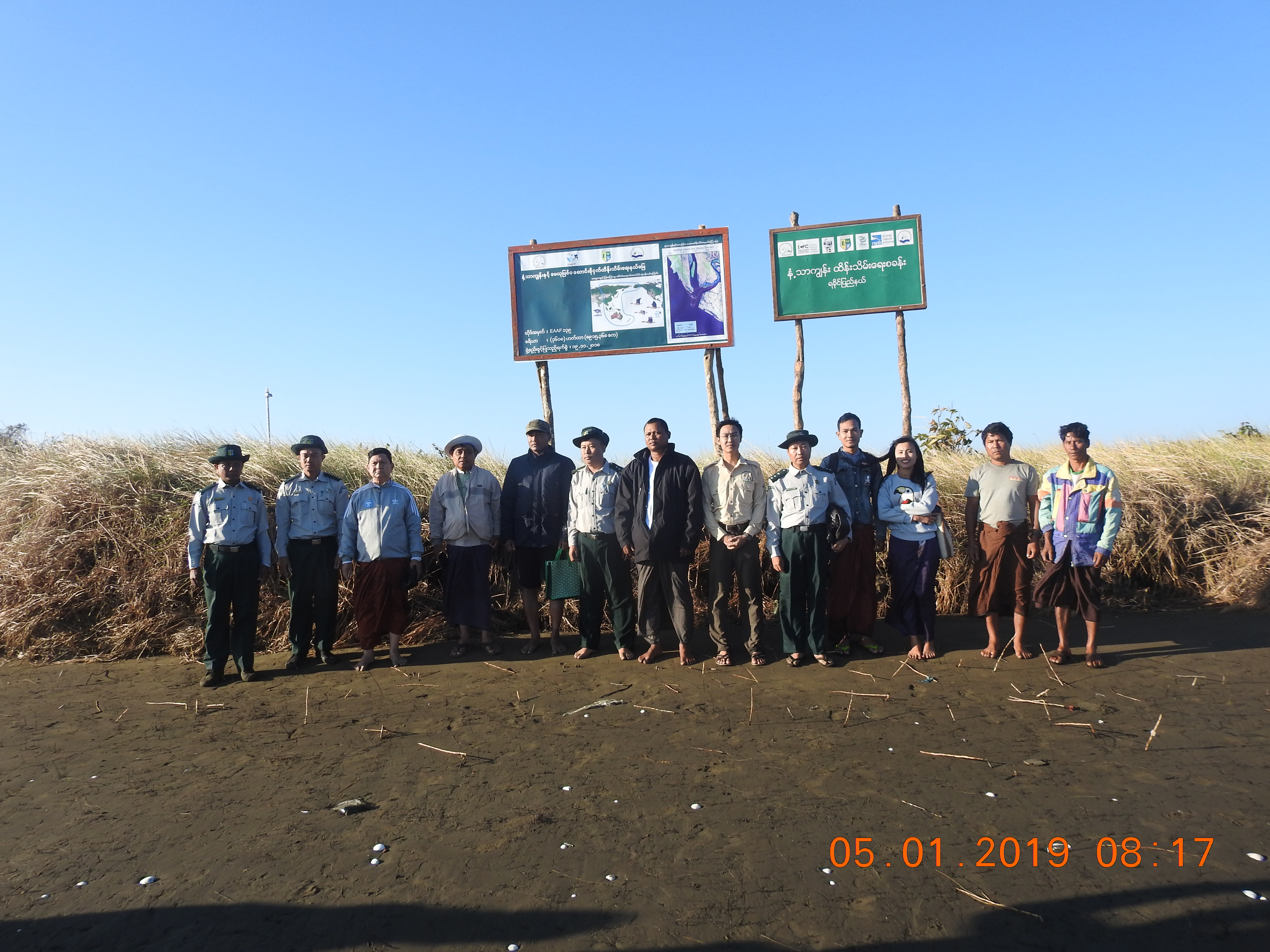 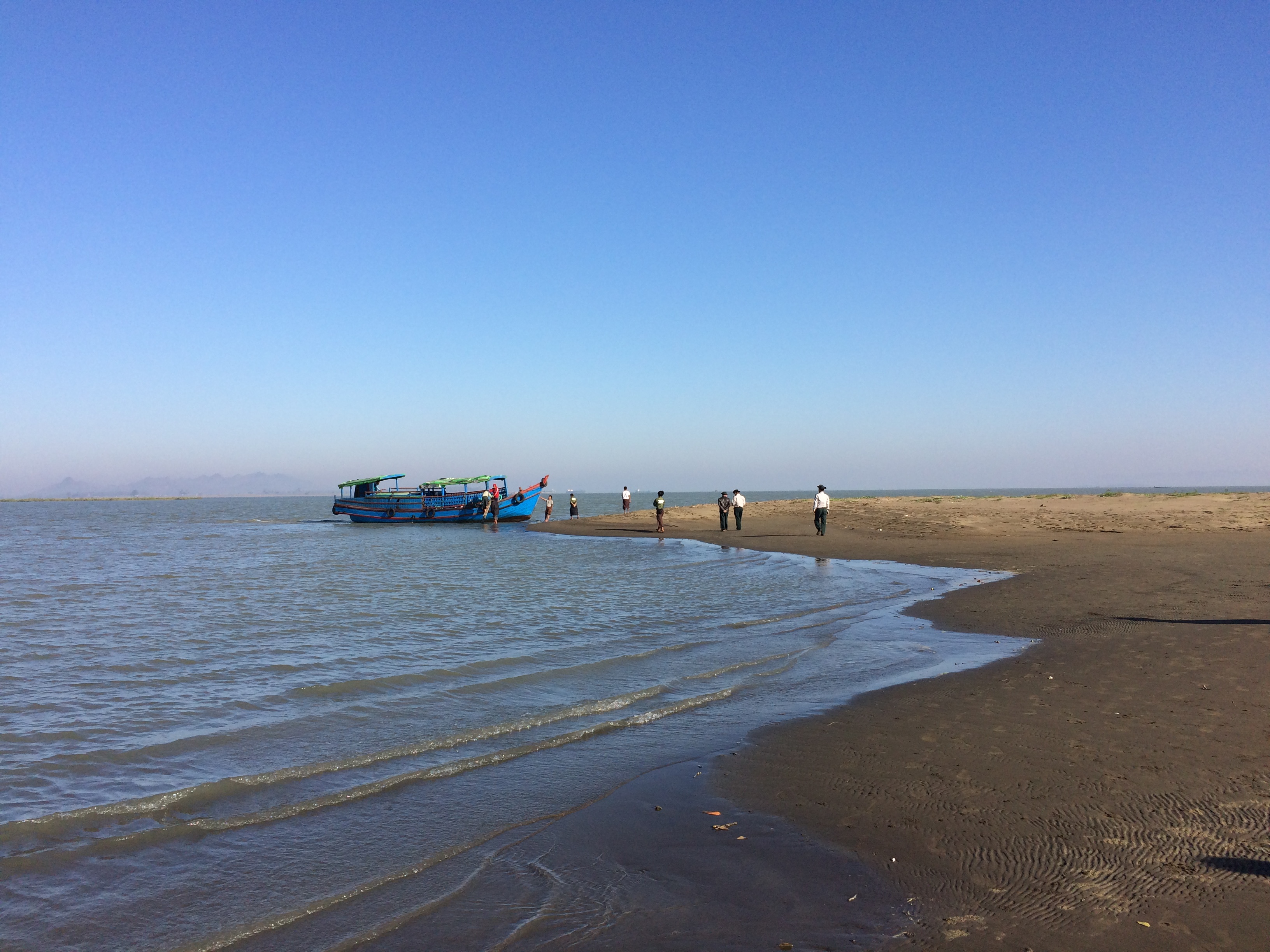 Nanthar Island is located on the coast of Rakhine (formerly Arakan) State in western Myanmar, not far from the state capital, Sittwe city, and the international border with Bangladesh. Rakhine is bounded to the north by Chin State, and to the east by Magway, Bago and Ayeyarwady divisions. Nanthar Island (c. 3608 ha) consists of a mosaic of mangrove forests, low-lying sand banks and intertidal mudflats at the mouth of Mayu, Lemyo and Kalendan River. There are five villages close to Nanthar and the local fishing communities often fishing the inshore waters surrounding the island. The Critically Endangered Spoon-billed Sandpiper Calidris pymaeus has been recorded annually on Nanthar since 2008, with counts of 23-36 individuals (c. 10 % of the global population, based on a global population estimate of 242-378 individuals, circa. Zöckler et al.2016). Other globally threatened migratory species includes the Nordmann’s Greenshank Tringa guttifer (Endangered) (max. 5 individuals), and up to 150 Great Knot Calidris tenuirostris (Endangered) in small congregations. 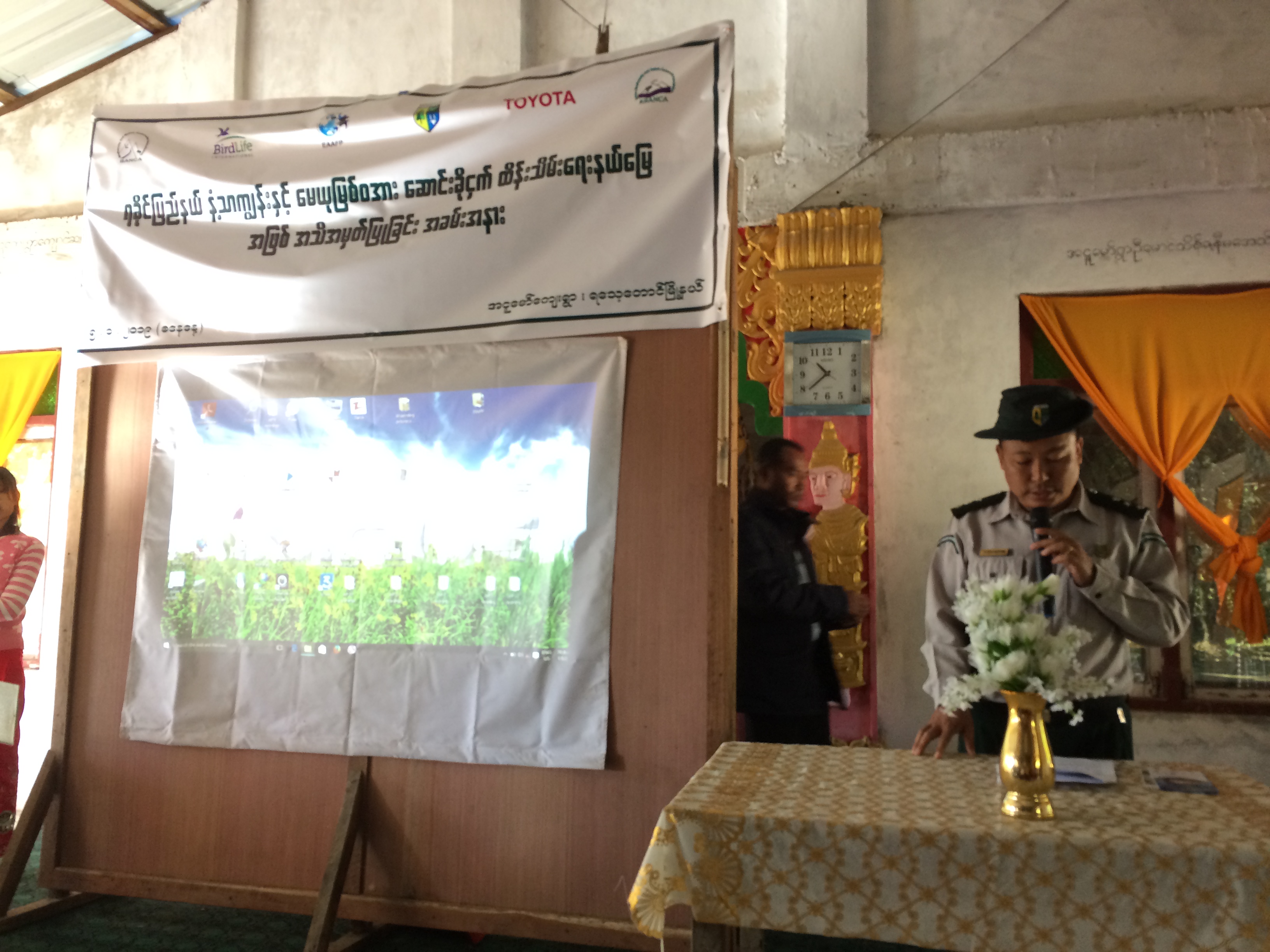 State parliament members, Forest Department and Fishery Department, General Administrative Department, Villages Head, Local Conservation Group members and community are attended. This is the first Flyway Network Site in Rakhnie State and also pioneer site in coastal area. Nanthar Island and Mayyu Estuaries is not only importance for water birds but also importance for sea turtle nesting area. This site is close to Sittwe and need to promote as ecotourism site in near future. 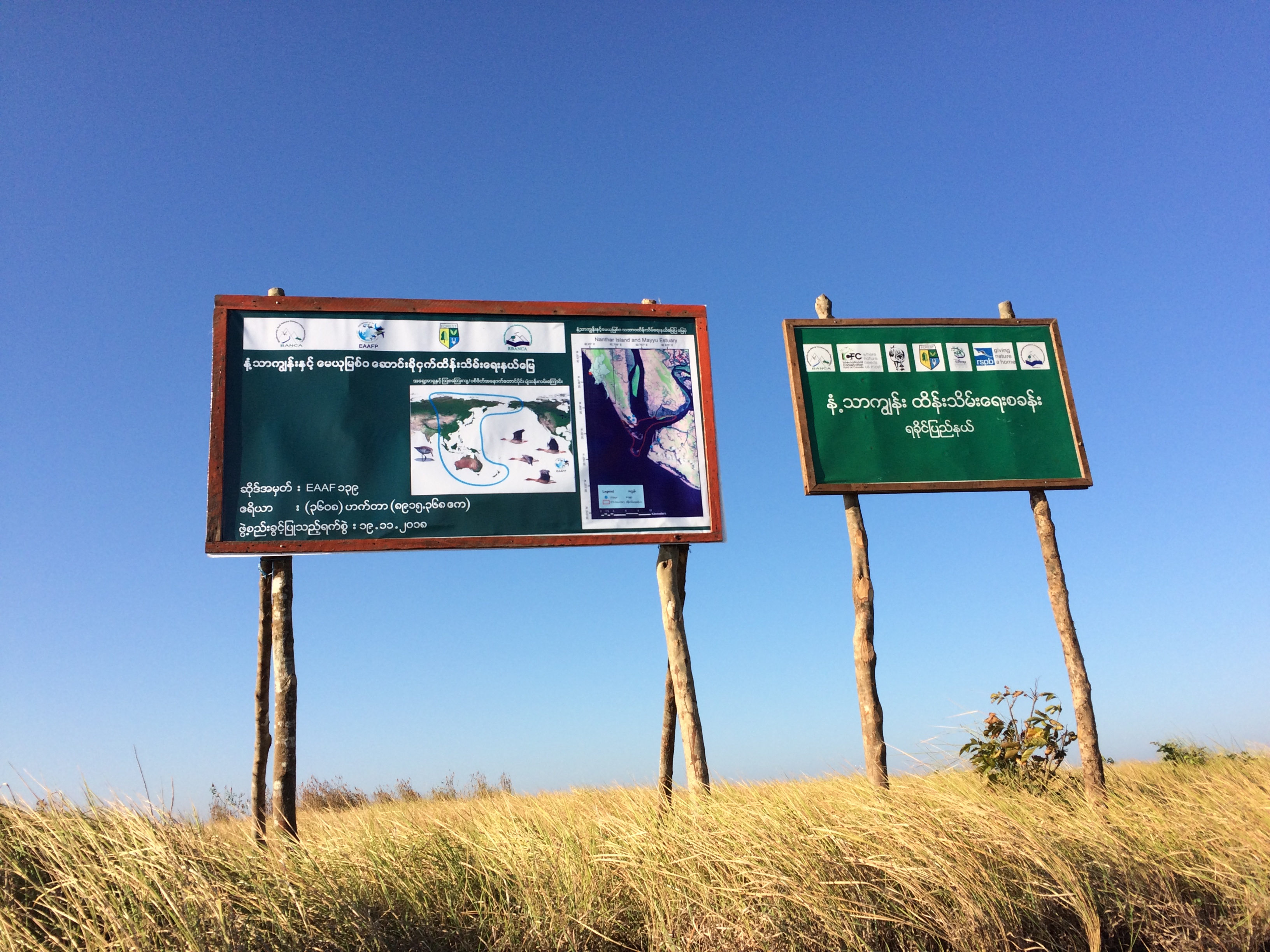 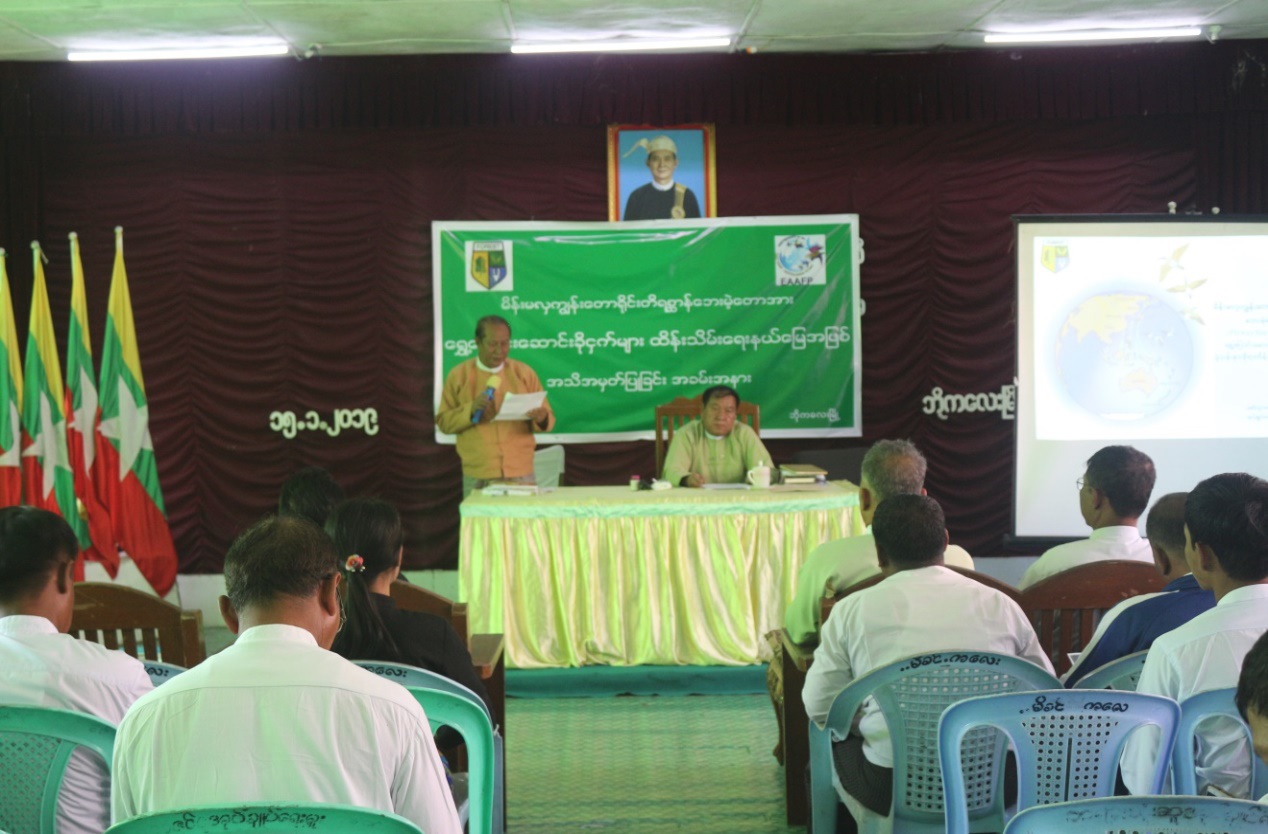 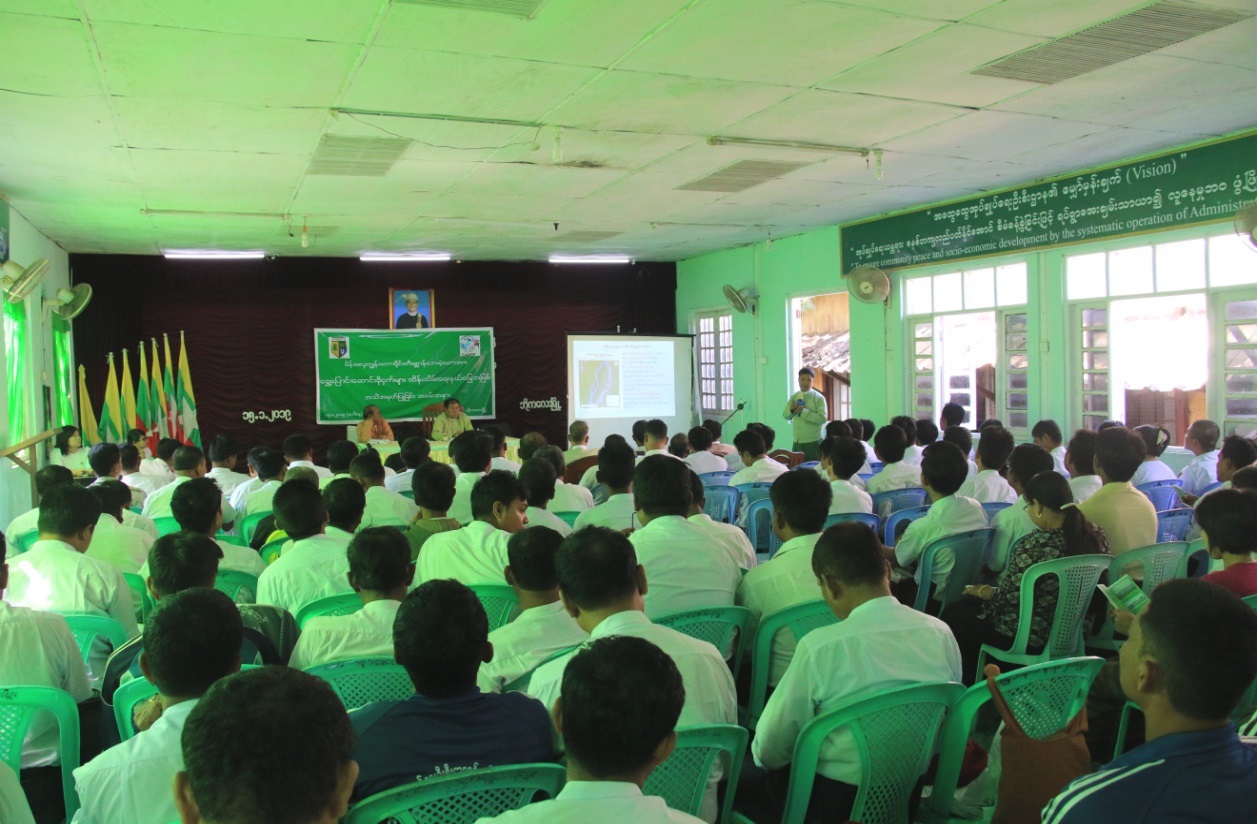 Audiences listening to presentation by by Park Warden 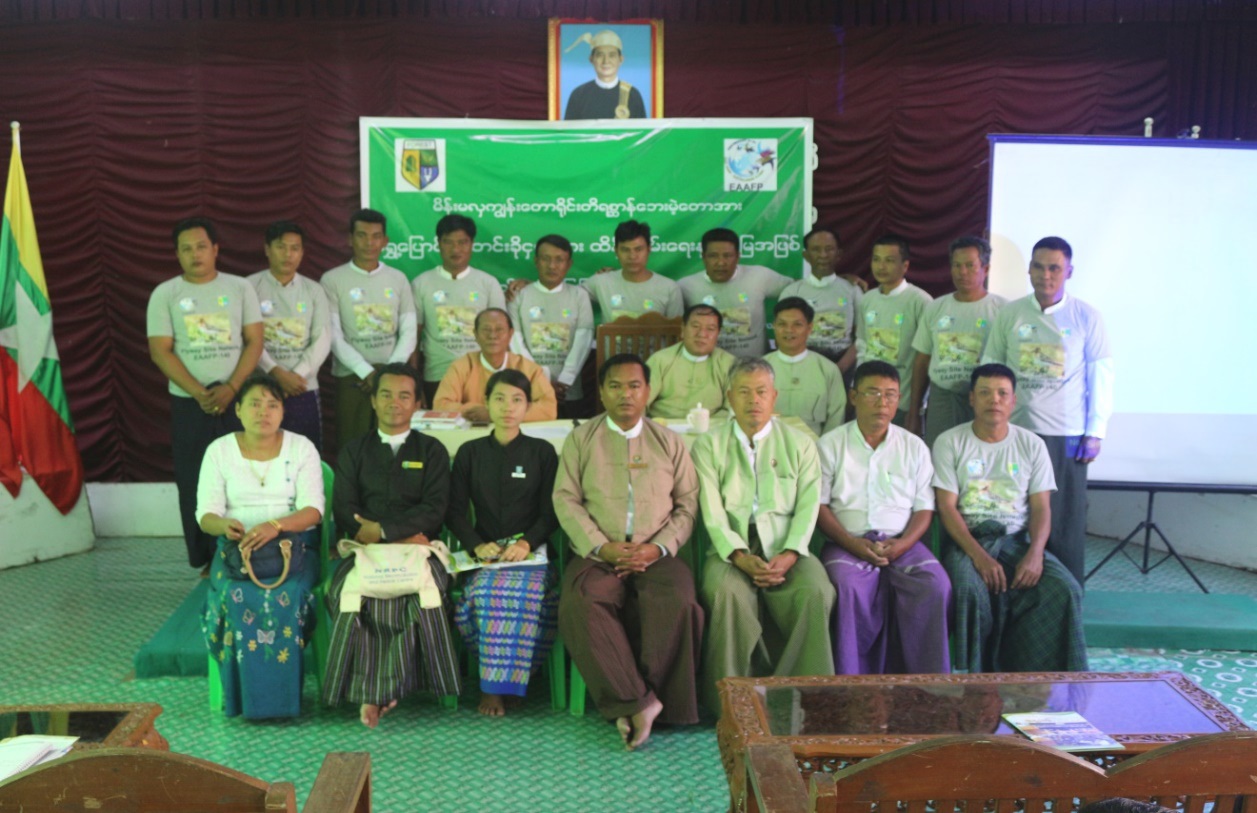 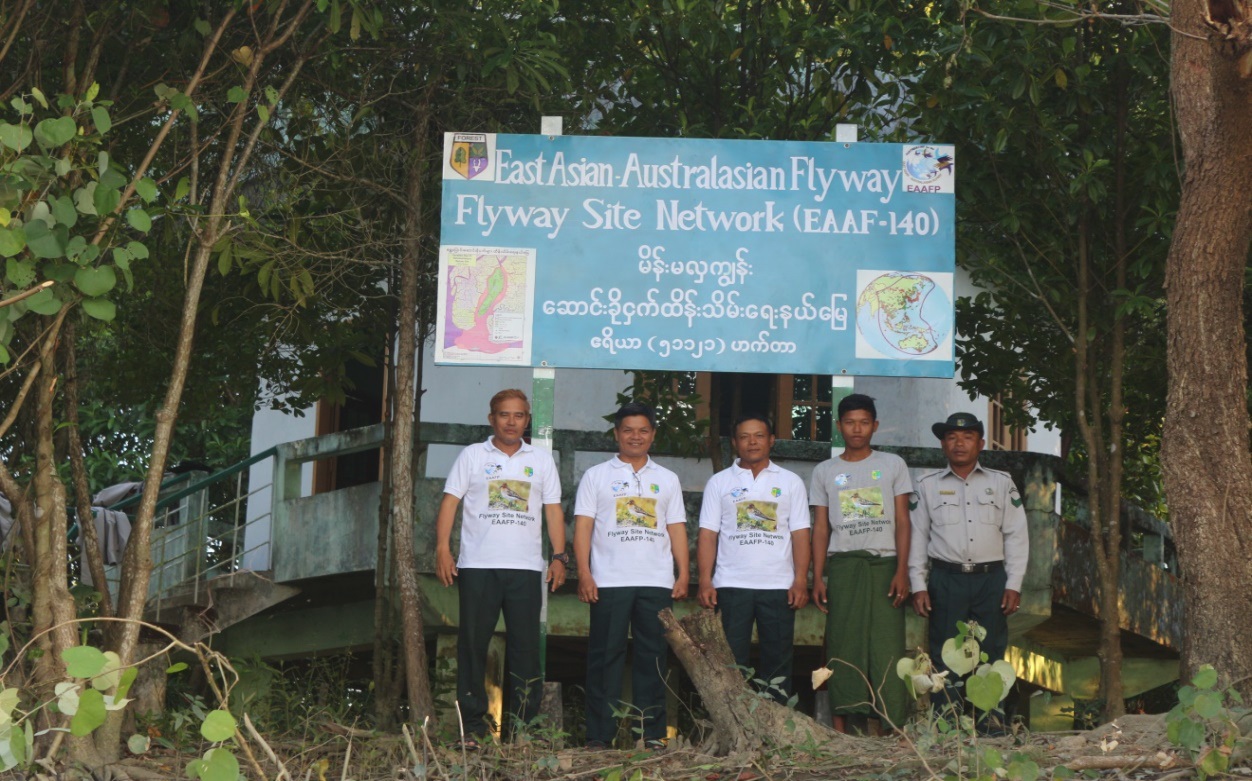 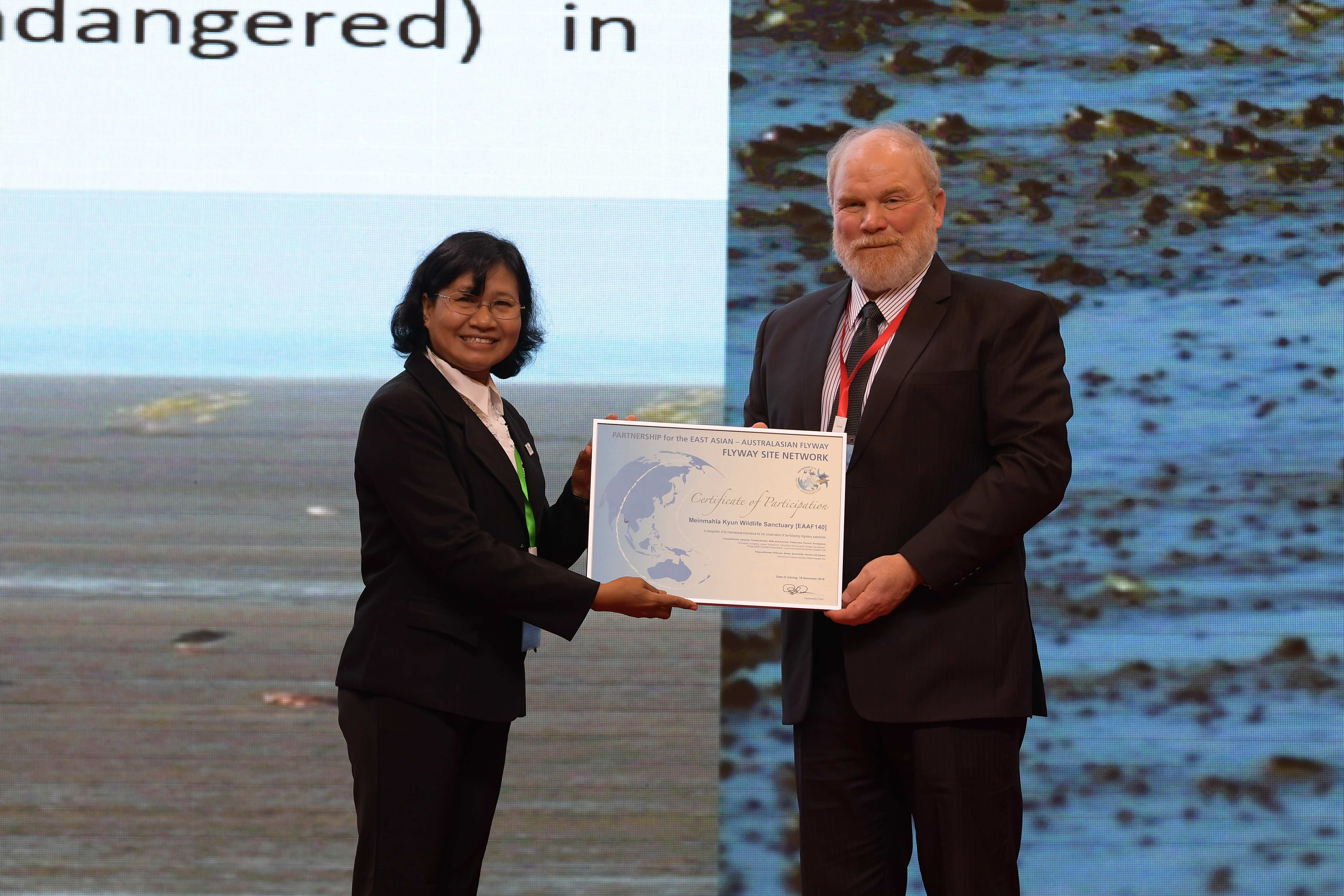