The breeding range of the Little Stint Calidris minuta ranges along the Arctic coast west of Kolyma Delta, Yakutia to approx. 160o E. Invasions of breeding birds to the east of the known breeding range are rare events. At Chaun Delta, Chukotka, 170o E, the Little Stint was observed breeding in 1982 and 1984, but not since. In 2017, Little Stints appeared in numbers in early June and many pairs began nesting. Twenty nests were located with a density of 12.5 nests/km2 according to our nest searches on five 0.16 km2 nest plots. Thirteen birds were trapped at their nests and marked with color bands using the Chaun code: blue top and orange bottom on the upper part of right leg. This invasion was studied by Ksenia Alekhina, BS student of North-Eastern University, Magadan, Russia. Ksenia, together with other students from the Russian Far East, received a full support from Kinross Gold Corporation for conducting of the field work at Chaun delta.

We would kindly ask all birdwatchers along the East-Asian-Australasian Flyway to keep their eyes open for passage and wintering Little Stints. Such information will be very valuable for us. 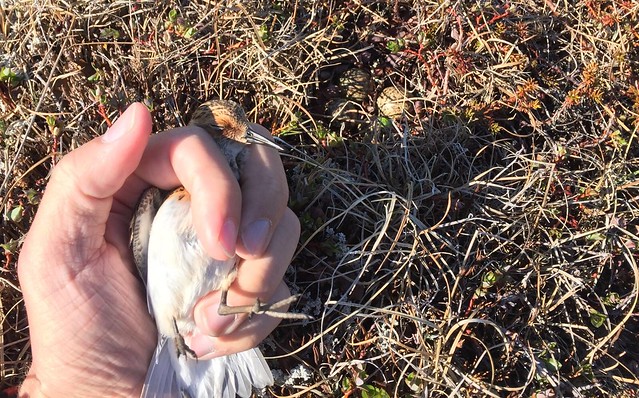 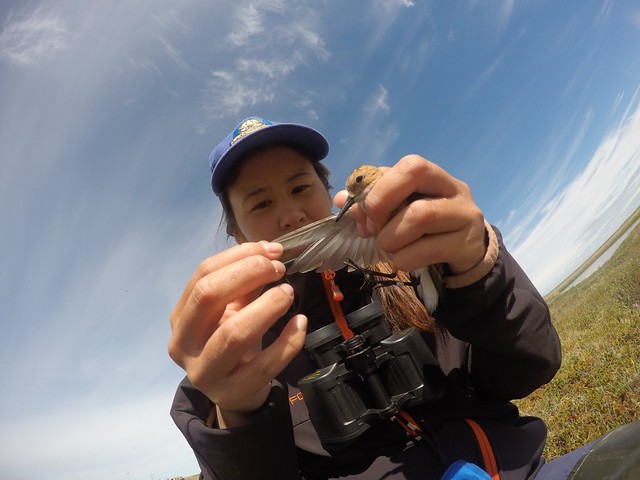