Joint step taken by both Bengals on shorebird conservation and research 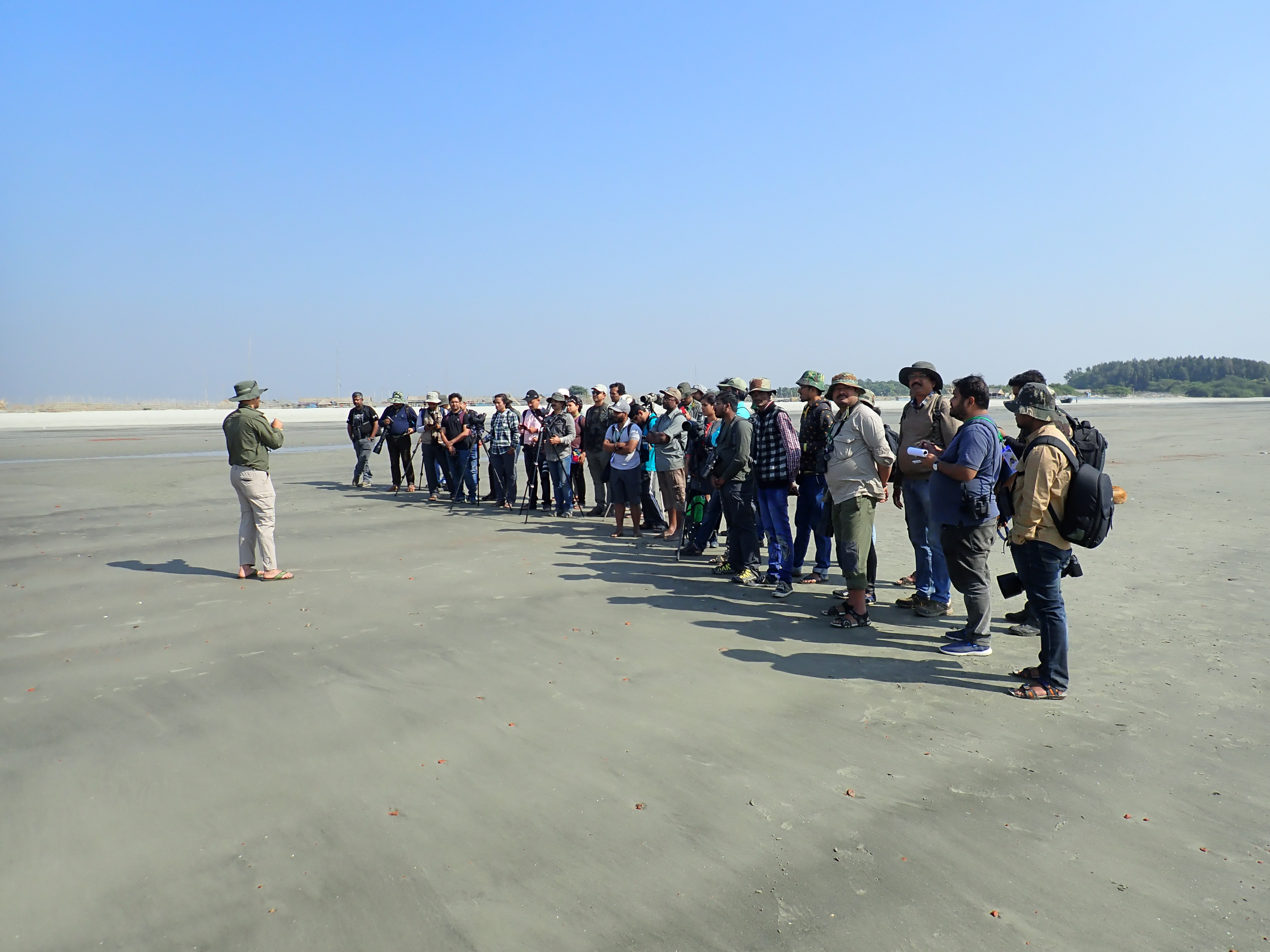 A newly formed non-profit organization named Birdwatchers Society of West Bengal organized a workshop on coastal waterbird survey and mapping methods that was held on 5 and 6 January 2019. The Birdwatchers’ Society’s objective is to propagate interest in birdwatching through a method which can help in learning about birds and in its conservation, also to map the birds of West Bengal and understand the current state of birds and its habitats West Bengal. 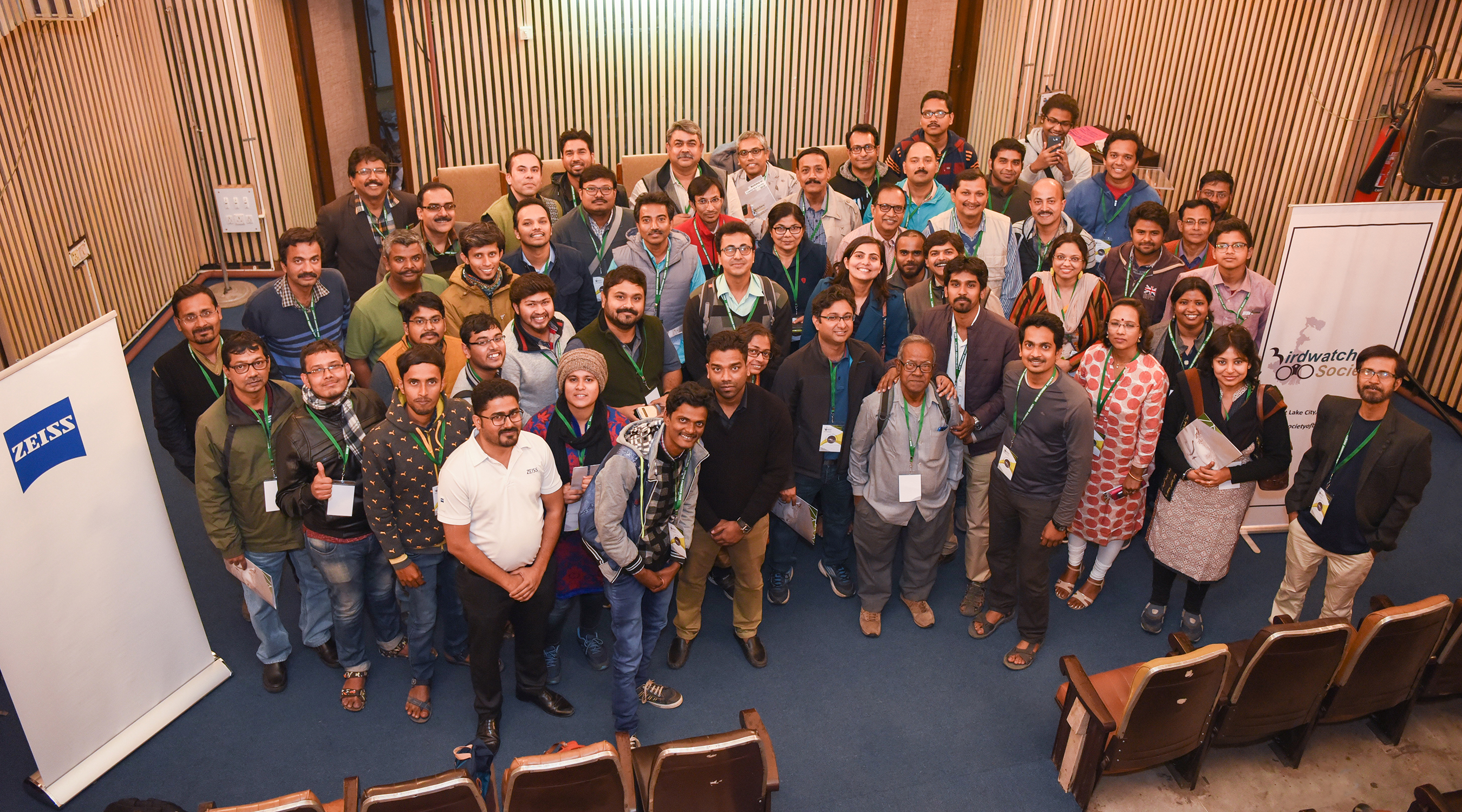 Mohammad Foysal and Nazim Uddin Khan Prince of the Bangladesh Spoon-billed Sandpiper Conservation Project delivered lectures in the field, as did experts from West Bengal including Sujan Chatterjee, Kanad Baidya, Santanu Manna and others. 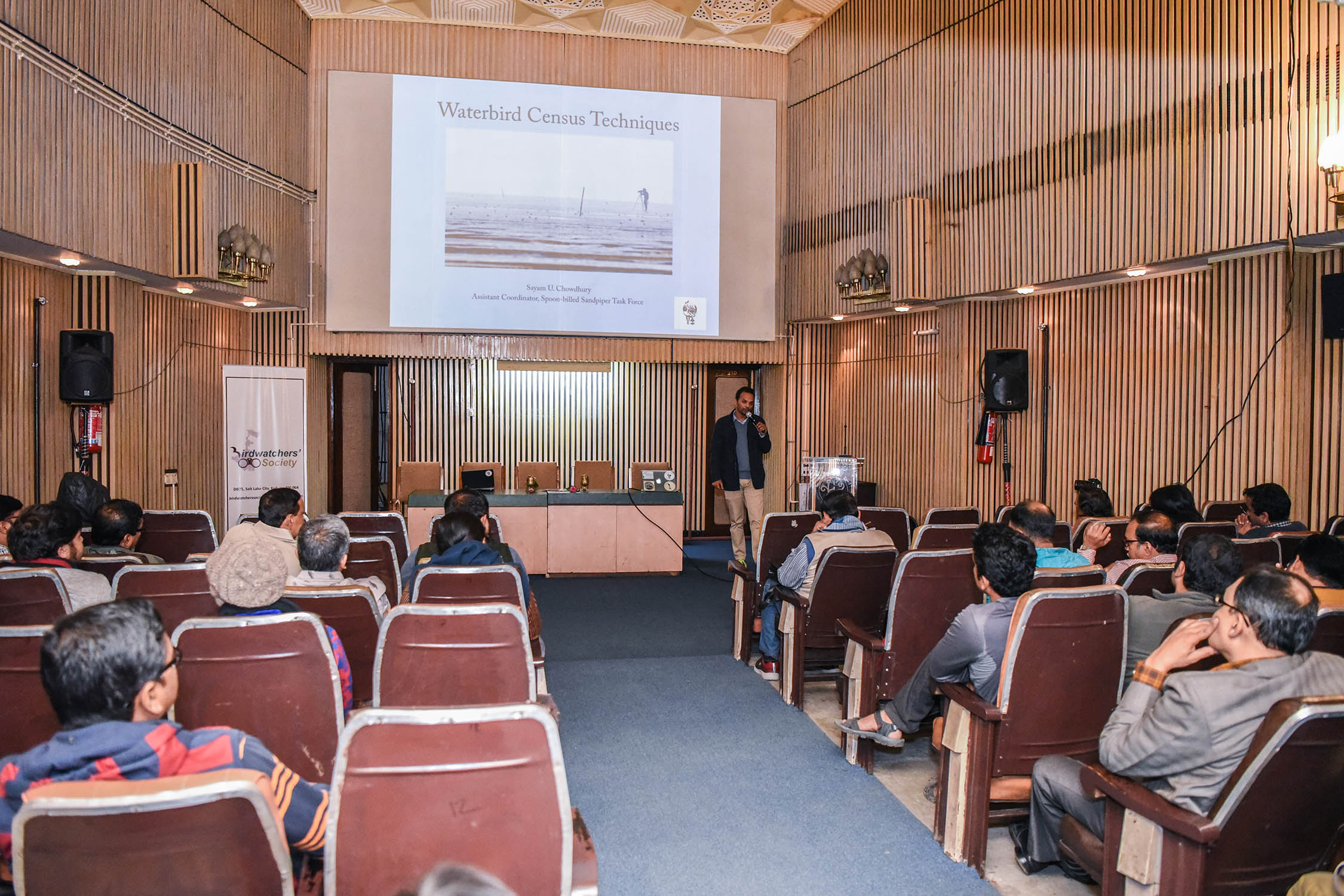 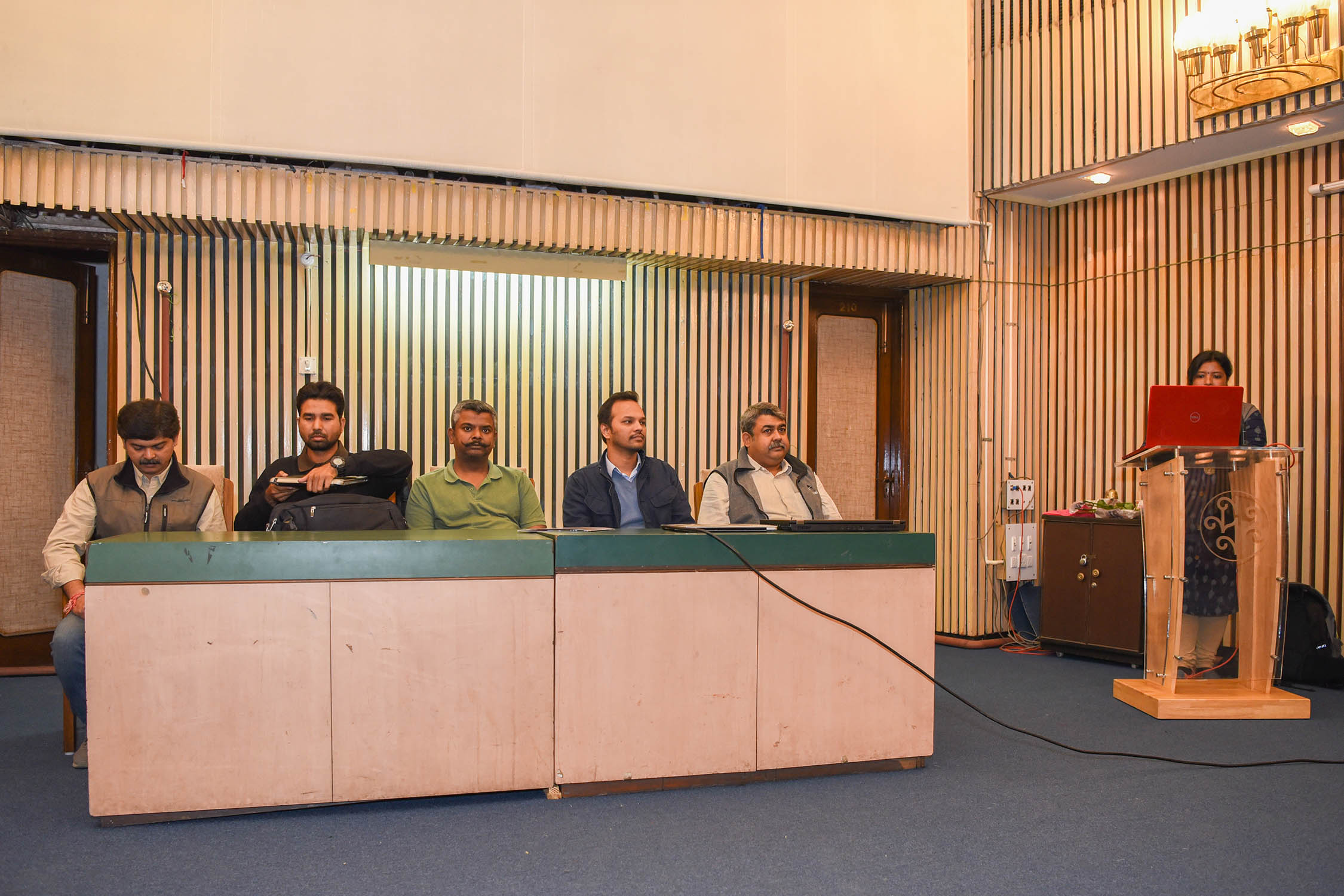 The main objectives of the workshop were to inspire and train young ornithologists of West Bengal and to carry out waterbird surveys along entire east coast of India with special focus on finding the critically endangered Spoon-billed Sandpiper.

After the workshop, members of the Birdwatchers’ Society and Spoon-billed Sandpiper Task Force jointly organized a survey in Frasergunj especially around Jambu Dweep. Although the team did not find any Spoon-billed Sandpipers, they observed approximately 2000 waterbirds of 25 species including 320 globally endangered Great Knots. The team also recorded the globally near-threatened Eurasian Curlew, Curlew Sandpiper, Bar-tailed Godwit, Black-tailed Godwit, Painted Stork and Red Knot during the survey. 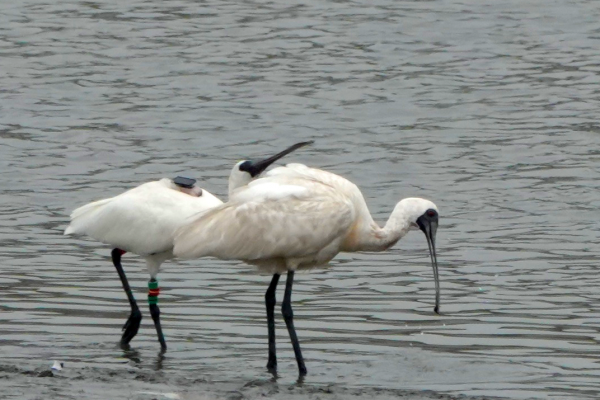 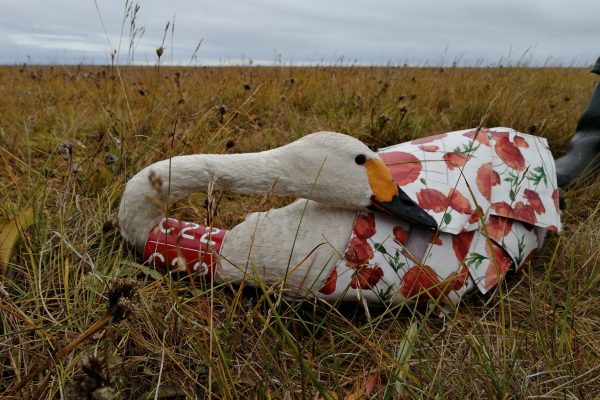 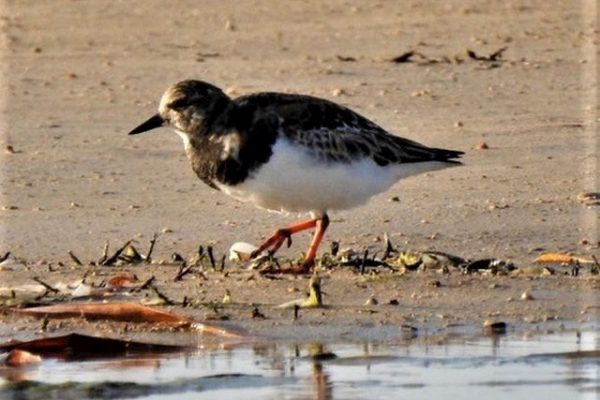