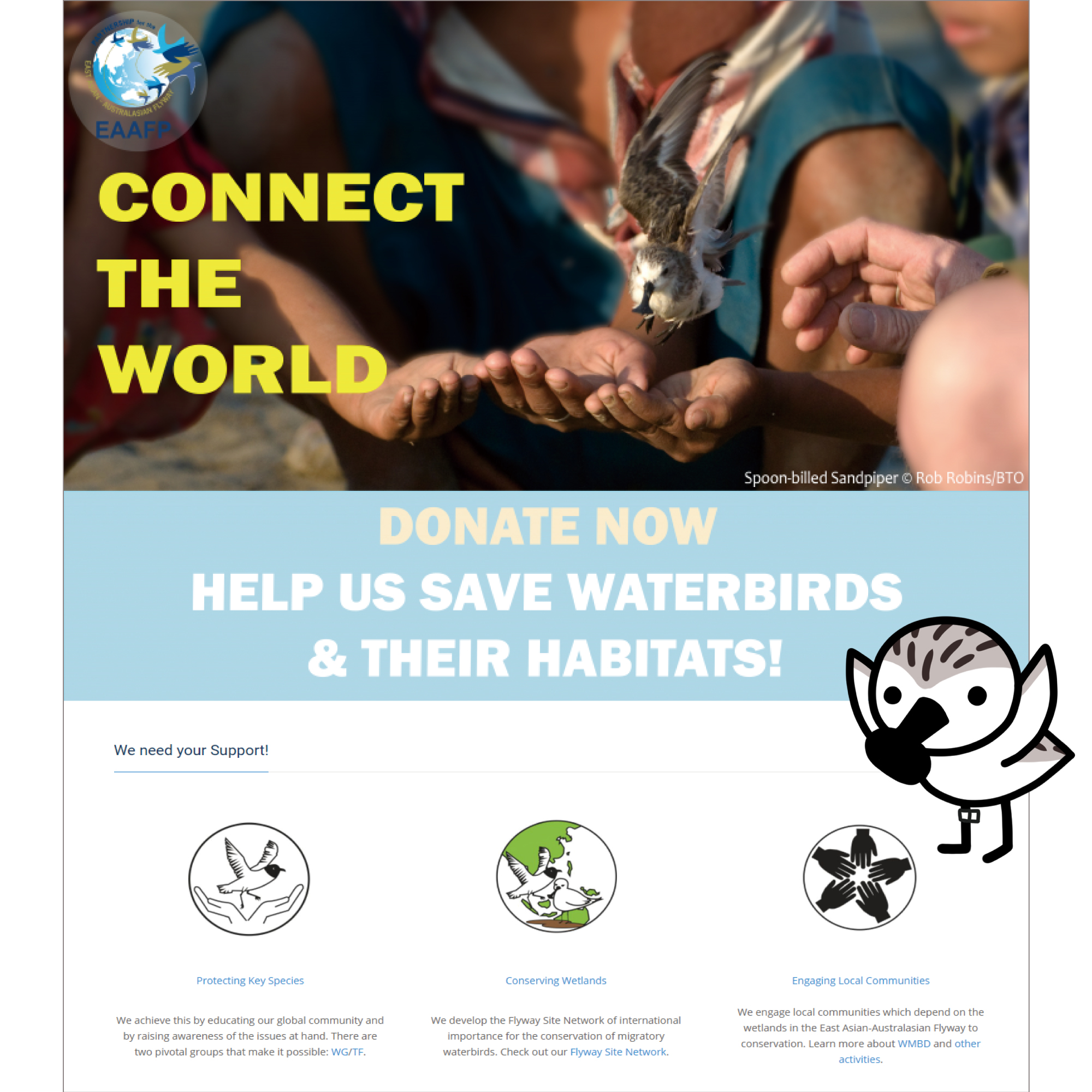 Ms. Green Choi, a bird researcher and illustrator of MEET GREEN has been collaborating with EAAFP for several projects, including the EAAFP’s Key Species educational materials and souvenirs. In February, Ms. Choi ran a crowd funding project for Spoon-billed Sandpipers and donated KRW300,000 (equivalent to USD266) to EAAFP Foundation for the conservation of Spoon-billed Sandpipers and their habitats.

About EAAFP Foundation
The EAAFP Foundation was established in 2019 to contribute to providing the Partnership with a mechanism to support sustainable financing and expand its engagement with various types of organizations for the conservation of migratory waterbirds and habitats in EAA Flyway. The Foundation office is based in Songdo, Incheon, Republic of Korea. For more information, visit https://foundation.eaaflyway.net/