Our 3rd interviewee of ”Flyway: connecting people and migratory waterbirds” story series is a group of people, they are China Coastal Waterbird Census (CCWC) Team, who are a group of armature bird watchers devoted to waterbird monitoring for 15 years.

The census is conducted by our surveyors in a professional manner. © Mingyu Liu

CCWC: China Coastal Waterbird Census Team is a big group of Chinese volunteer bird watchers, who initiated synchronized surveys to monitor the distribution, migration and seasonal changes of the waterbirds in coastal China. Around 200 bird watchers from provinces along the coast have been carrying out monthly field surveys of waterbirds since September 2005. Team members are agreed to conduct the survey during the same period of time (mainly a weekend) every month. We wish that this long-term, collaborative effort could help in conserving China’s biodiversity and protecting the natural habitat as well as some Important Bird Areas.

EAAFP: How did CCWC start?

CCWC: The origin of the China Coastal Waterbird Census (CCWC) is all about “the story of Dalmatian Pelican”.

Discovery is the observation of new phenomena. In early 2000s, Chinese birdwatchers mainly relied on an internet forum to exchange information and discuss interesting findings. The start of CCWC was related to dialogues on this forum between Mr. Hangdong Jiang (江航东先生) , former president of Xiamen Bird Watching Society (XMBWS) and Mr. Yat-tung Yu (余日东先生) of the Hong Kong Bird Watching Society (HKBWS). Hangdong initially mentioned that a local bird watcher Mr. Tinyi Lan (蓝添艺先生) found a flock of 14 Dalmatian Pelican flew over Xiamen University on 20th March 2005. Yat-tung saw this post and shared his own observation in Hong Kong. 15 Dalmatian Pelican were recorded at Mai Po on 13th March and they were still there until 15th March. However, there was only one individual left on 19th March.

Matching up the figures and dates, these birds could be the same wintering flock which travelled from Mai Po to Xiamen. “Why don’t we stop blind guessing and actually see if they are the same group?” This thought made Handong, Yat-tung and Ms. Zhihong Chen (陈志鸿女士, also from XMBWS) called for people in different provinces along the coast to conduct a synchronous survey. Everyone was excited about this idea and decided to conduct the first survey on 18th September 2005. Since then, the CCWC has been operated voluntarily until now.

EAAFP: Who are the members of the CCWC Team? How did you recruit new members?

At the beginning, bird watchers joined purely by responding the call for survey. When time goes by, the team developed to have local coordinators. They recruit and manage surveyors locally. To have new survey sites and expand the team, we have been actively inviting more local bird watching societies and individual bird watchers to join us. However, to become a formal part of the team, volunteers must show their ability to identify the waterbirds accurately and be able to organize the monthly survey regularly, showing persistence for at least one whole year. 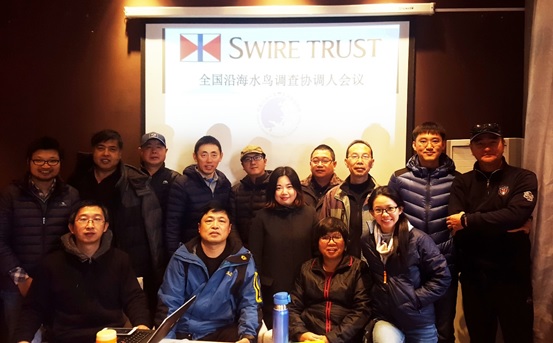 The coordinators from different provinces of China have been worked together over the past 15 years. ©HKBWS

EAAFP: How did the Team grow and improve?

CCWC: The spark of the idea to establish CCWC happened at the time when bird watching and development of NGOs began to germinate in mainland China. It was also the time when the China Programme was launched by BirdLife International and HKBWS, a series of technical training was initially organized to build the capacity of  Chinese bird watching societies. These activities raised public awareness and generated interest in birding and bird conservation, making people enthuse over the concept of citizen science.

Over the years, the CCWC Team has become stronger because we organize surveyors training workshops regularly to refresh their survey techniques, enhance the bird identification skills and impart updated knowledge. While, we welcome new bird watchers to attend the workshop and be part of this meaningful project. The coordinators also have annual or biennial meetings to update the status of their site. Through idea and information exchanges, the census could be improved and provide more accurate baseline information about the waterbirds. While CCWC had built up their reputation, the team has also been invited to attend international meetings and conferences to have interchange of scientific findings on wetland conservation. 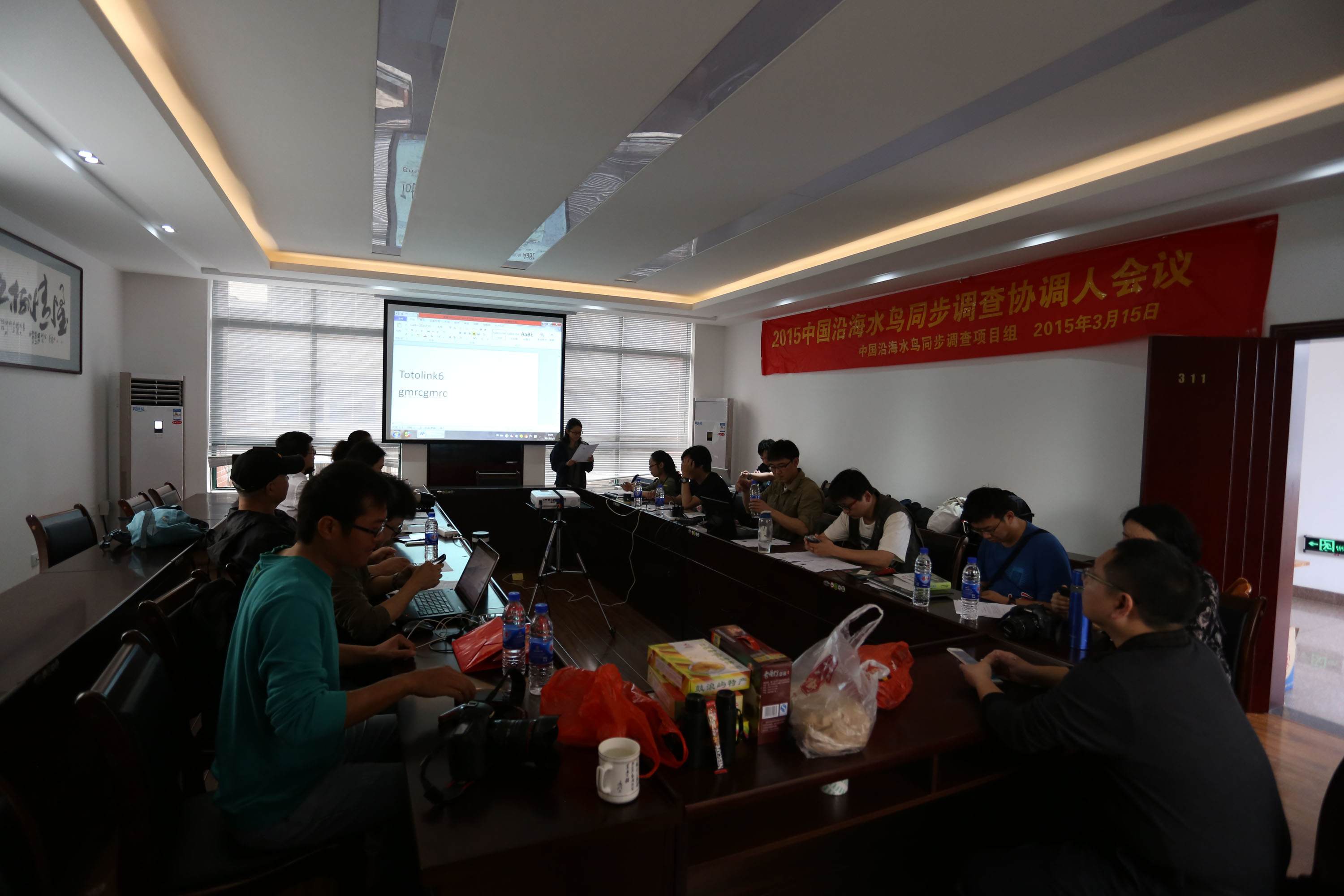 The census has been reviewing from time to time through coordinator’s meeting by the CCWC Team. ©Yongxiang Han 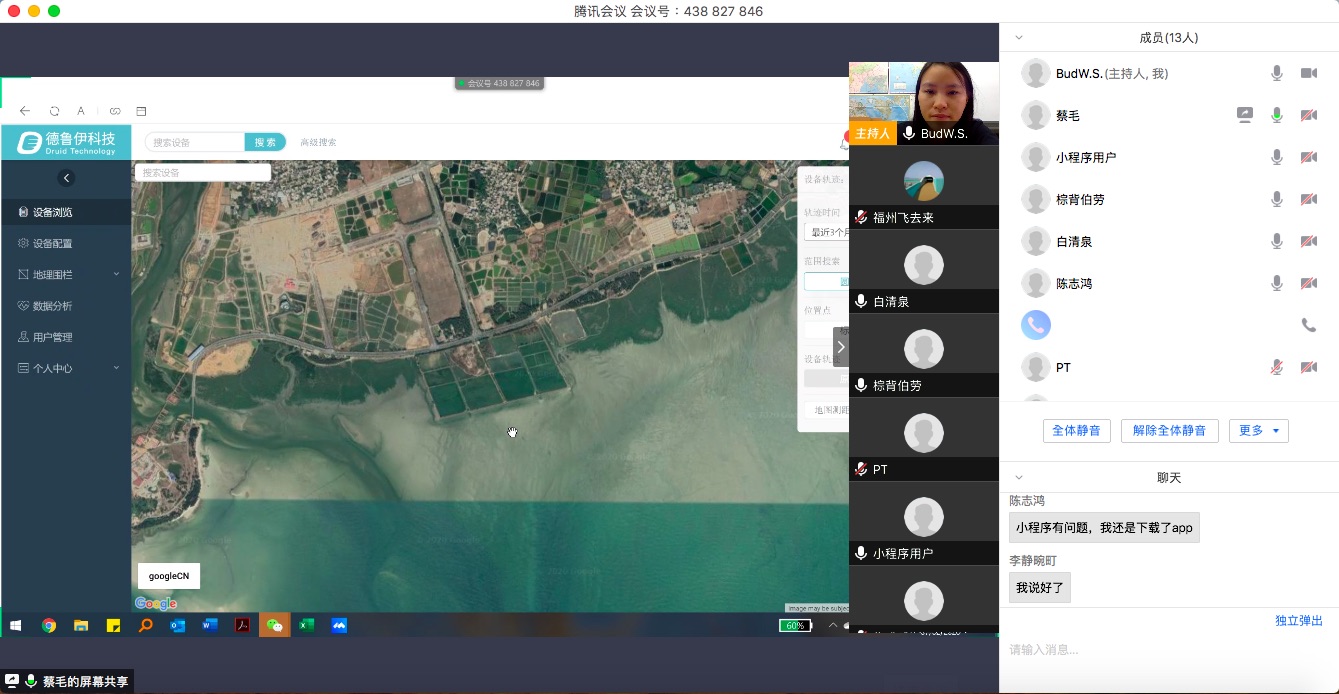 The outbreak of the Coronavirus could not stop the team to communicate via the internet. An online meeting has just been conducted to review the current situation and progress of the census and the coordination work. ©HKBWS

EAAFP: For the past 15 years, what have CCWC achieved and contributed to?

CCWC: Over these years of consistent survey, the credibility of the CCWC has built up, through publishing reports, and a scientific paper was published in 2015 in Avian Research. Three reports were published on the results of the CCWC,providing valuable information about the population and migration pattern of waterbirds along the coast of China, which is cited in many scientific papers. The reports are accessible to all people on the internet (You may find them here: 2005-2007, 2008-2009 and 2010-2011).

With 15 years of regular survey, CCWC discovered important sites for threatened species, such as Tiaozini and Rudong in Jiangsu as the most important stop-over site for Spoon-billed Sandpiper, and Zhanjiang as the bird’s 3rd largest wintering site. All  information contributes to conservation measures, including IUCN sitation analysis on East and Southeast Asia intertidal habitats, with particular reference to the Yellow Sea, Blueprint of Coastal Wetland Conservation and Management in China, Aisa Waterbird Census as well as inscription of the “Migratory Bird Sanctuaries along the Coast of the Yellow Sea – Bohai Gulf (Phase 1)” into the World Heritage List in 2019.

Effort of the CCWC was recognised by the Ford Green Awards in 2012, which is designed to outstanding projects or professional NGOs which actively protect the environment and natural resources. All this tells the truth that every individual can contribute little to the world, and together we can make it better. 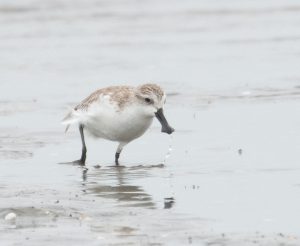 EAAFP: As you said the team was voluntarily operated, how did the CCWC Team members maintain the work and enthusiasm?

CCWC: The meaning of having the census are essential to keep the enthusiasm over the past 15 years. From “the story of Dalmatian Pelican”, we understood that when we work together, we can know deeper about the birds that we all love. With the work everybody have done, the results of the census could really help in protecting the birds. Therefore, a meaningful purpose plays a fundamental role to drive us to keep the passion.

As the census covers many provinces in China, bird lovers who are familiar with the local surrounding environment are the best person to join the team. The CCWC may be the most long-term and wide-scale volunteer driven bird monitoring project in China. Having enough manpower is practically significant.

Financial and technical support are also of importance to maintain our work. Although the census is operated voluntarily and all the members are basically volunteers and amateurs. Cost for meetings, and the training that sustain the team are essential. Without adequate support, the census could not operate smoothly.

EAAFP: What is the future plan for CCWC?

CCWC: It is very precious to keep a project 15-year long. We hope that the census could last longer. For the near future, a new census report covering the data from 2012 to 2018 will soon be published. Hopefully, it would be used widely in international academic studies and help in future national planning for waterbird conservation and the related habitat management.

We also hope the team could grow bigger and stronger. If more survey sites along the coast can be established, the census will provide a set of detailed data of waterbirds’ population and movement structure. This could be an important reference for the authority to further implement suitable policy on wetland development.

Attending more meetings, seminars and conferences could also let the team learn from all experts and wetland conservationists from around the globe. We are happy to have improvements in all ways on our existing practice.

EAAFP: Is there any other things you want to tell the audience of the flyway?

CCWC: The team would like to express our gratitude to all donors who supported us financially over the past 15 years. They include Dr. Ho-fai Cheung (张浩辉博士), former chairman of HKBWS ; The British Birdwatching Fair, the Darwin Initiative; Ocean Park Conservation Foundation, Hong Kong (香港海洋公园保育基金); The Tolkien Trust; Ernest Kleinwort Charitable Trust; Asian Waterbird Conservation Fund(亚洲水鸟保育基金) , by WWF-HK; Ford Green Awards; and The Swire Trust (太古基金). We are also very grateful for other sponsorships which support local bird watching societies, such as SEE Foundation (阿拉善SEE基金会) and etc. We must give a big credit to all surveyors who have been supporting the census over many years and all coordinators to take up the management role. The coordinators include Qingquan Bai (白清泉), Ming Zhang (张明), Delong Meng(孟德龙), Fengqin Wang (王凤琴), Jianzhong Chen (陈建中), Kai Shan(单凯), Yongxiang Han(韩永祥), Jing Li(李静), Lin Zhang(章麟), Zhidong Yang(杨志栋), Yifeng Wu(吴毅锋), Zhihong Chen, Zhi Lin(林植), Xiangwu Zeng(曾向武), Gaofeng Zhang(张高峰), Li Tian(田丽), and Yat-tung Yu. We are very thankful that HKBWS has been offering coordination and financial support since the beginning. It is very blessed that we received a lot of support over the years, we apologize for any omission.

As China is only part of the whole Flyway, we sincerely ask all related people along the Flyway to monitor the migratory waterbirds in their country or region. Meanwhile, do support our continuous work and encourage our surveyors to keep their passion. More observations lead to better understanding of the birds, while better understanding will then lead to better actions to protect the wonderful wildlife.