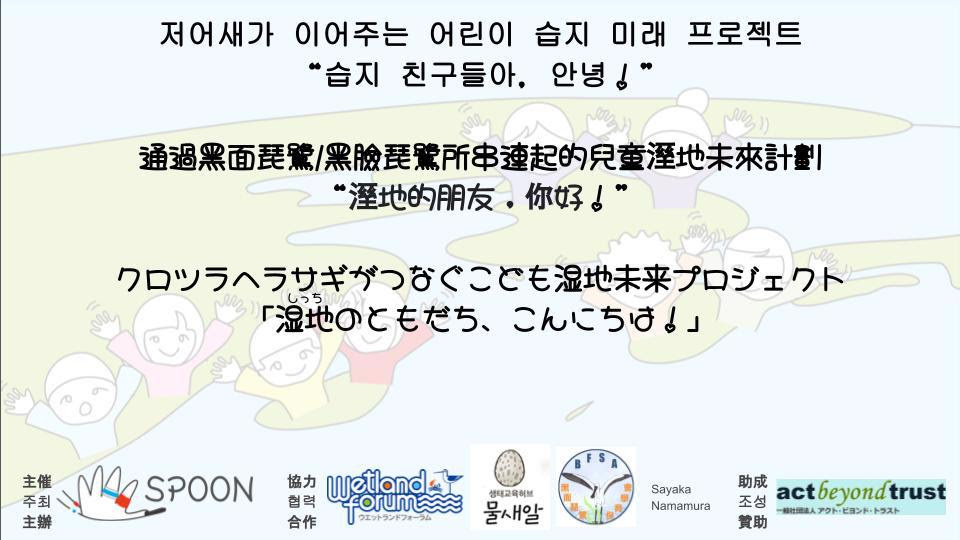 Team SPOON, a youth group to protect the Endangered Black-faced Spoonbill and create a peaceful society by connecting people with nature, launched the “Black-faced Spoonbills Connecting Children to the Future of Wetlands Project” in earnest in May 2021. It was hoping to create a platform where the words of children, who are the main actors in creating the future, are heard and received by adults, and to find words and methods to connect global and local issues and daily life through children’s words.

The second program is an online gathering of children from the flyway, centered around the children who sent their videos, to interact with each other. We began collecting videos around October 2021, with the help of organizations and individuals working in Ganghwa, Fukuoka, Kashima and Tainan, On April 27th, 2022, the team held a children’s exchange party ”Hello, Friends of Wetlands!”. In this event, there were about 40 children from Ganghwa, Fukuoka, Hong Kong, and Tainan, including 10 children who filmed the videos. Although we live far away from each other, we confirmed at the beginning of the event that we are sharing the same sea and sky, and that the ceiling of the venue of the exchange party was the sky. We then watched the compiled video and shared the impressions and asked questions to children in other regions. We also told each other about the weather in their respective regions, and learned how “Black-faced Spoonbills” are called in the languages in Ganghwa, Fukuoka, Hong Kong, and Tainan. 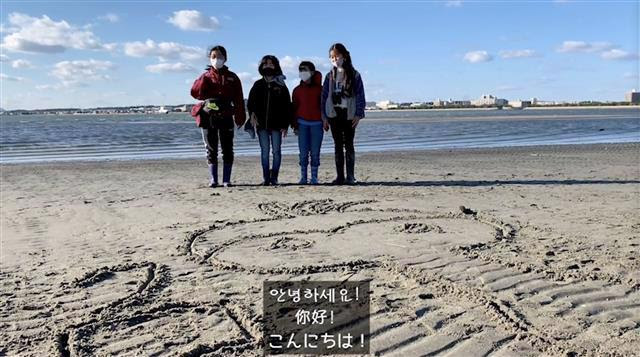 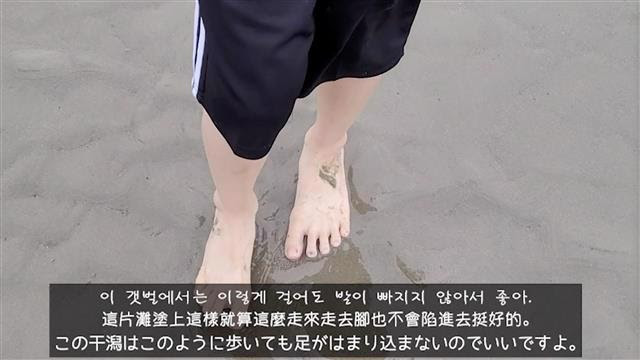 Children were totally surprised and excited to know that in other areas the Black-faced Spoonbills change their feathers and look different from what they usually see, that they are called differently, and that the quality of the mud in the wetlands in their area is different from other areas, how Black-faced Spoonbills are protected in other areas…and so on. And we could see that they valued nature in front of them, recognized the connection between nature in their community and other communities, and respected nature in other communities and the efforts of people trying to protect it.

We believe that all the words and the attitudes of the children at the exchange party need to be delivered to the adults who are now at the center of the decision-making process. From now on, we are going to edit the videos sent by the children and the video of the exchange party into one video, and share it with adults through side events of the international convention and other opportunities. 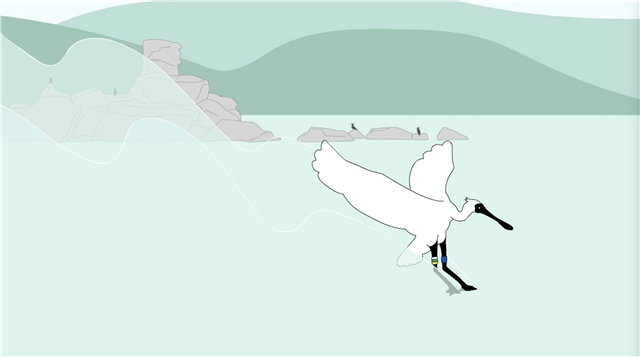 At last, if you want to join Team SPOON and support the Black-faced Spoonbills! Click here to apply for membership: