A poetic tour at the Adelaide International Bird Sanctuary 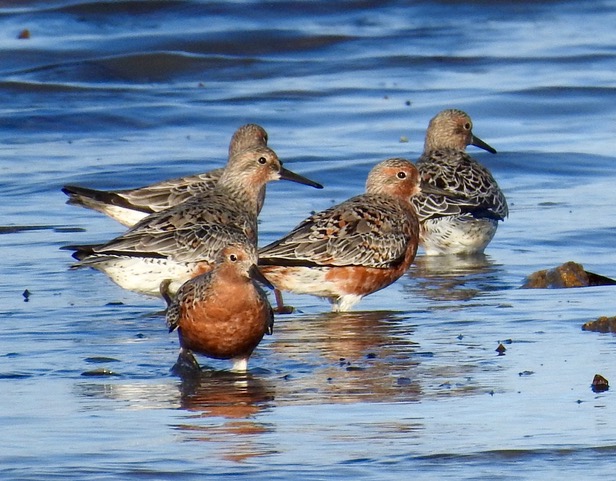 As the sun rises behind them, a row of birdwatchers stands next to spotting scopes on the shore of Gulf St. Vincent at Thompson Beach, waiting for the show to begin. The water at high tide is in close, up to the piles of seagrass washed up on the beach.

After about one hour, the water starts to recede, exposing small rocky shoals just off of the shoreline. Flocks of Red-necked Stints and Red-capped Plovers swoop in along the shore, refreshed, from their roosts hidden in the claypans behind the beach, and land on the shoals to feed. Ruddy Turnstones and Grey Plovers at first settle along the edge of the seagrass and then move out to the shoals as well. Common Greenshanks occupy the sandy shoreline a little farther along.  And then … a few Curlew Sandpipers …and some knots, mostly Red Knots, but with a few Great Knots among them … and some Sharp-tailed Sandpipers. 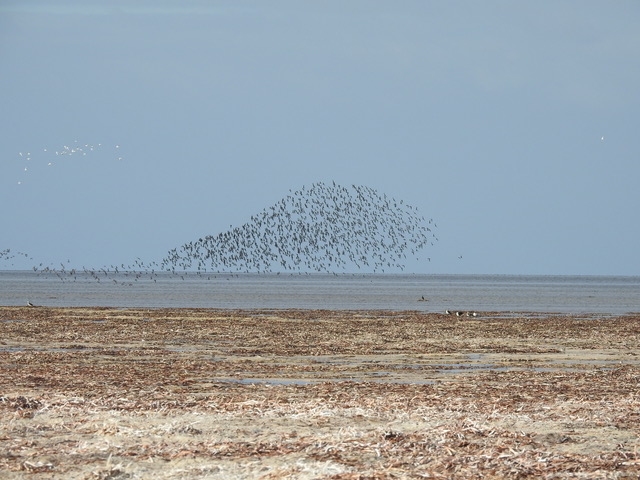 Most of the observers are new to birdwatching and certainly new to shorebird identification. Some members of the Friends of the International Bird Sanctuary (FAIBS) are able to locate the many different species and point them out to the newer members in the telescopes. At first, all shorebirds appear to be the same. Then, you start to see the difference in size, bill shape, body shape, the way birds move, feed, and behave, and it all starts to get a little easier. 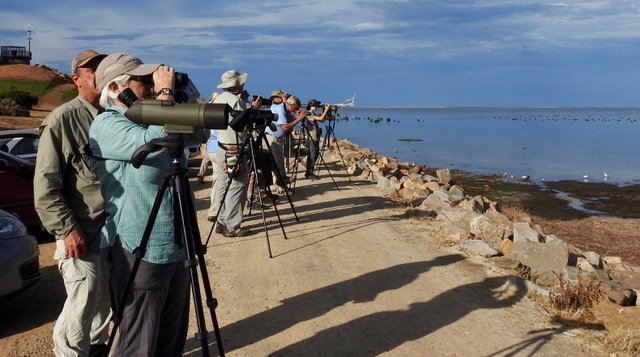 It’s March, autumn in Australia, and many of the birds are in various stages of moult into their magnificent breeding plumage. This is birdwatching at its best, light offshore winds, cool temperatures, and cooperative birds posing before the observers.

The wave-pounded sandy beaches, for which Australia is famous, are rather sterile in terms of shorebirds, especially the species that spend the northern winter here, fattening up for the incredible return journey to their Arctic breeding grounds. However, the northern half of Gulf St. Vincent, sheltered from the open ocean to the south, and with extensive mudflats and inlets, is an important refuge for these migratory waders. Many are either critically endangered or in serious decline. It has been identified by Birdlife Australia as an Important Bird Area (IBA) because it supports over 1% of the world population of migratory Red-necked Stints and Sharp-tailed Sandpipers, as well as resident Red-capped Plovers, Banded Stilts, (often in the 1000’s), Sooty and Pied Oystercatchers, and Black-faced Cormorants. The vulnerable Fairy Tern is being seen recently in increasing numbers.

The Adelaide International Bird Sanctuary (AIBS) extends for 60 kilometres along the coastline of Gulf St. Vincent north of Adelaide, South Australia. The sanctuary was established in 2016 and sits at the southern end of the the East Asian-Australasian Flyway (EAAF). Between September and April it is a key feeding and roosting site for 25 000 migratory shorebirds.Within the AIBS is a national park, Winaityinaityi Pangkara, which in the local aboriginal language means “country belonging to all birds”, a very apt title. It consists of a mosaic of habitats including extensive mudflats, mangroves, samphire flats, and claypans, providing important refuge for the waders. During the Australian summer, AIBS the hosts Curlew Sandpipers and Far Eastern Curlews, both critically endangered. Red Knots, Great Knots, Bar-tailed Godwits, Ruddy Turnstones, Grey Plovers, Sharp-tailed Sandpipers, Common Greenshanks and Red-necked Stints are common in the sanctuary. A total of 37 migratory species shorebird species have been recorded over the years.

Our friends group, FAIBS, is the active citizen’s group associated with the park. Our aim is to educate members and the public about shorebirds, the importance of the sanctuary for conservation and to assist in maintaining the important habitat.  We conduct regular activities in the sanctuary, planting native plants, clean-ups, and, very popular, our shorebird identification days. FAIBS members participate in regular waterbird counts conducted by Birdlife Australia, which are providing population trends over many years.

After two or three hours, the tide has gone out one or two kilometres from shore. The larger waders have followed the waters edge, while the Red-necked Stints and Red-capped Plovers still run around in the shallow pools left near the shore. A flock of Bar-tailed Godwits flies in and starts to feed far out from shore. It’s a magical place, worth taking good care. 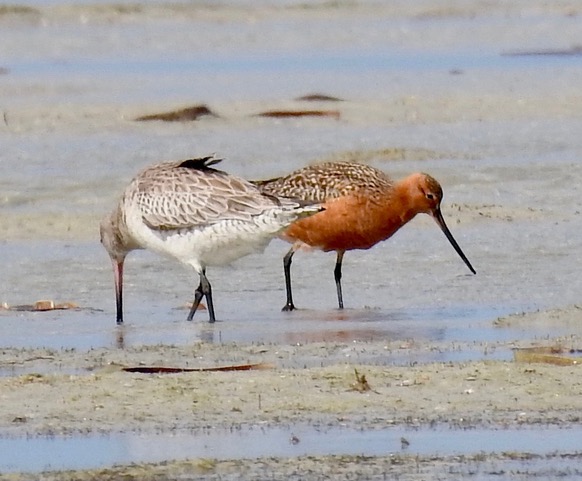 Note: Adelaide International Bird Sanctuary is EAAFP Flyway Network Site 131, one of the 24 sites in Australia. You can check the information of the site here.