70% of Yangtze Wetlands have “Disappeared” 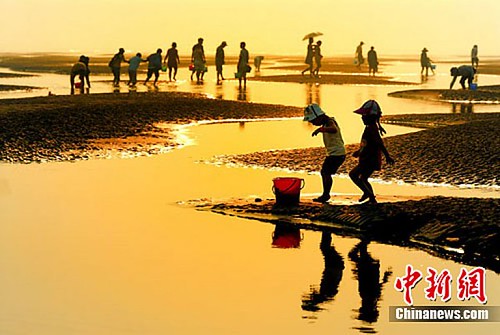 China’s river and coastal wetlands are being diminished by a combination of land reclamation and pollution. /Photo: China News Service ?gbtimes

70% of the Yangtze River wetlands in China have dried up, with China’s boom leading to serious degradation of ecological environment quality, according to a report by Legal Daily.

Over 11 million hectares of lakes, rivers, marshes, and coasts are located on the Yangtze River Economic Belt, accounting for more than one fifth of the country’s total area of wetlands.

The swamps and lakes at the source of the Yangtze are threatened by overgrazing, with blocks and pollution in the middle and lower regions a result of construction and enterprise.

While wetlands provide essential ecological functions such as maintaining biodiversity and removing pollutants, they also serve economic functions in food production and transport.?

The New York Times reports that China’s coastal wetlands are also being chipped way, with large scale land reclamation threatening to diminish the wetlands to below the minimum needed for “ecological security”.