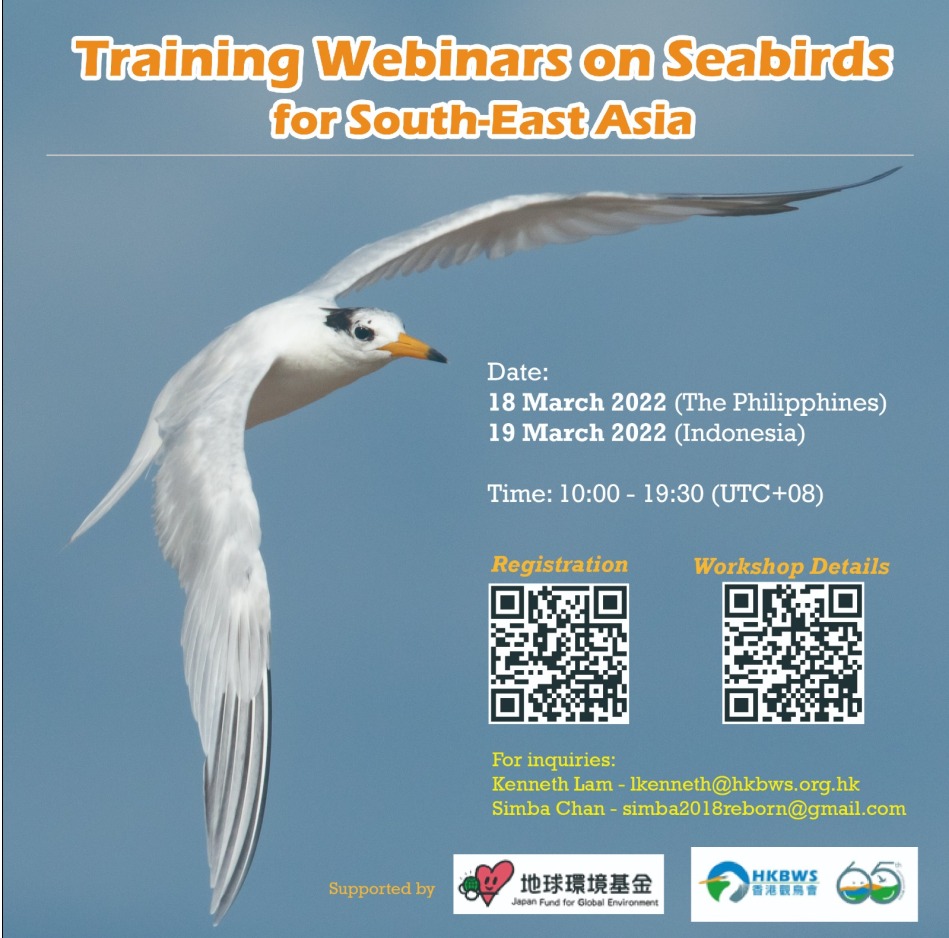 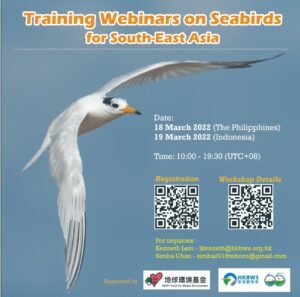 In early 2022, HKBWS modified the plans and focus on raising awareness and skills of field workers, students and anyone who is interested in seabirds in the wintering grounds of the Chinese Crested Tern (Indonesia and the Philippines). The project supported a team from Pattimura University of Ambon in Indonesia to survey the project site in Seram in late January 2022. In addition, a national webinar forum on seabirds in Indonesia convened on 5th March 2022. To empower potential seabird researchers and conservationists, the project team organized seabird training webinars for Southeast Asia.

Two full-day webinars of the same instructors and contents were convened on 18th and 19th  March 2022: one in English and the other in Bahasa Indonesia. These two webinars attracted a total of more than 170 participants, mostly from the Philippines and Indonesia but also Malaysia, Brunei, Vietnam and Myanmar. The webinar covered the following topics:

The training webinars were well-received with many questions from the participants. This is a useful first step in promoting seabird study and conservation in EAAF countries. It is hoped 2022 will be another milestone year on seabird conservation.

The year 2022 is designated as “the Year of the Terns” because terns can serve as important flagship species of seabirds in the East Asian – Australasian Flyway (EAAF). Their importance has also been revealed by the presentations of the webinars: Greater Crested Tern, Chinese Crested Tern and Aleutian Tern were presented as examples of banding and tracking of seabirds, the Little Tern Project in Japan was used as an example of how to engage communities in conservation of seabirds, and the international cooperation of the Chinese Crested Terns was presented as one of the best examples of networking resulting in conservation successes. 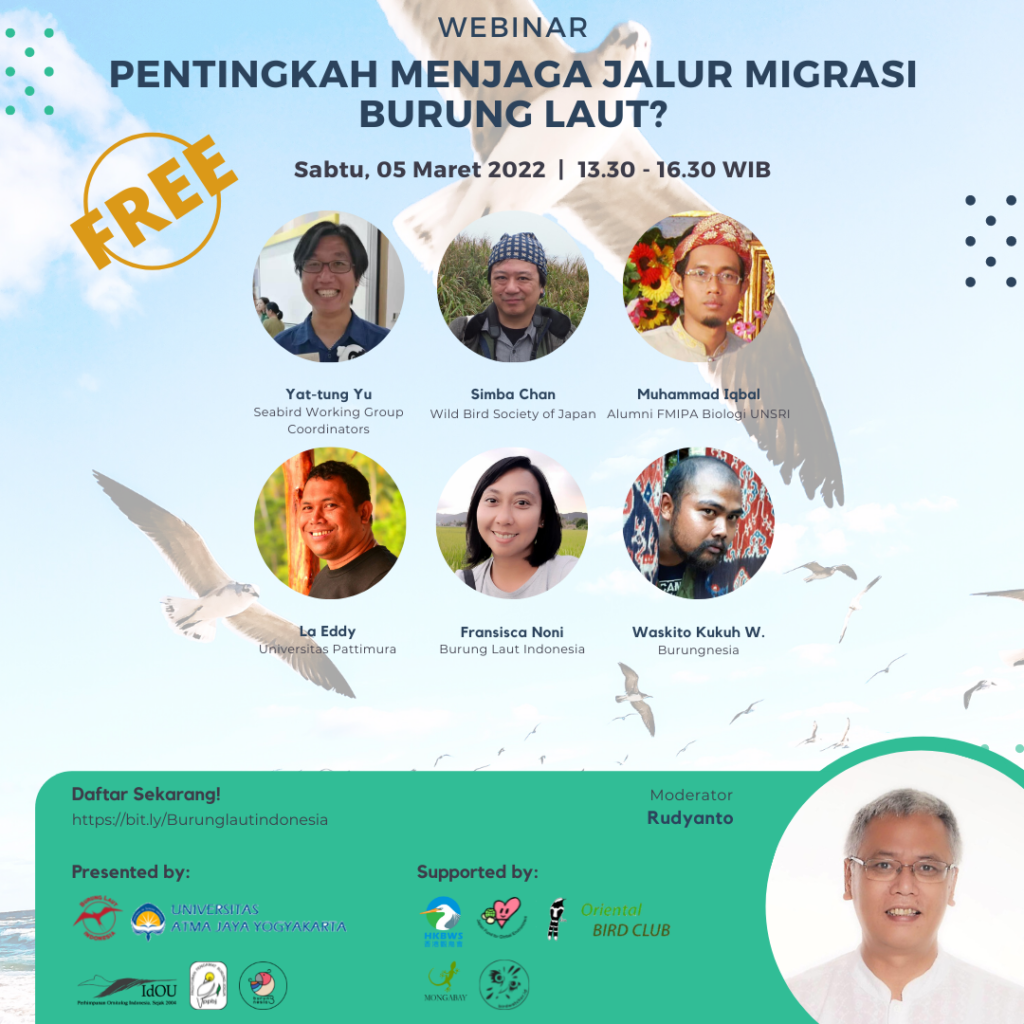 Poster for the Seabird training webinar in Indonesian