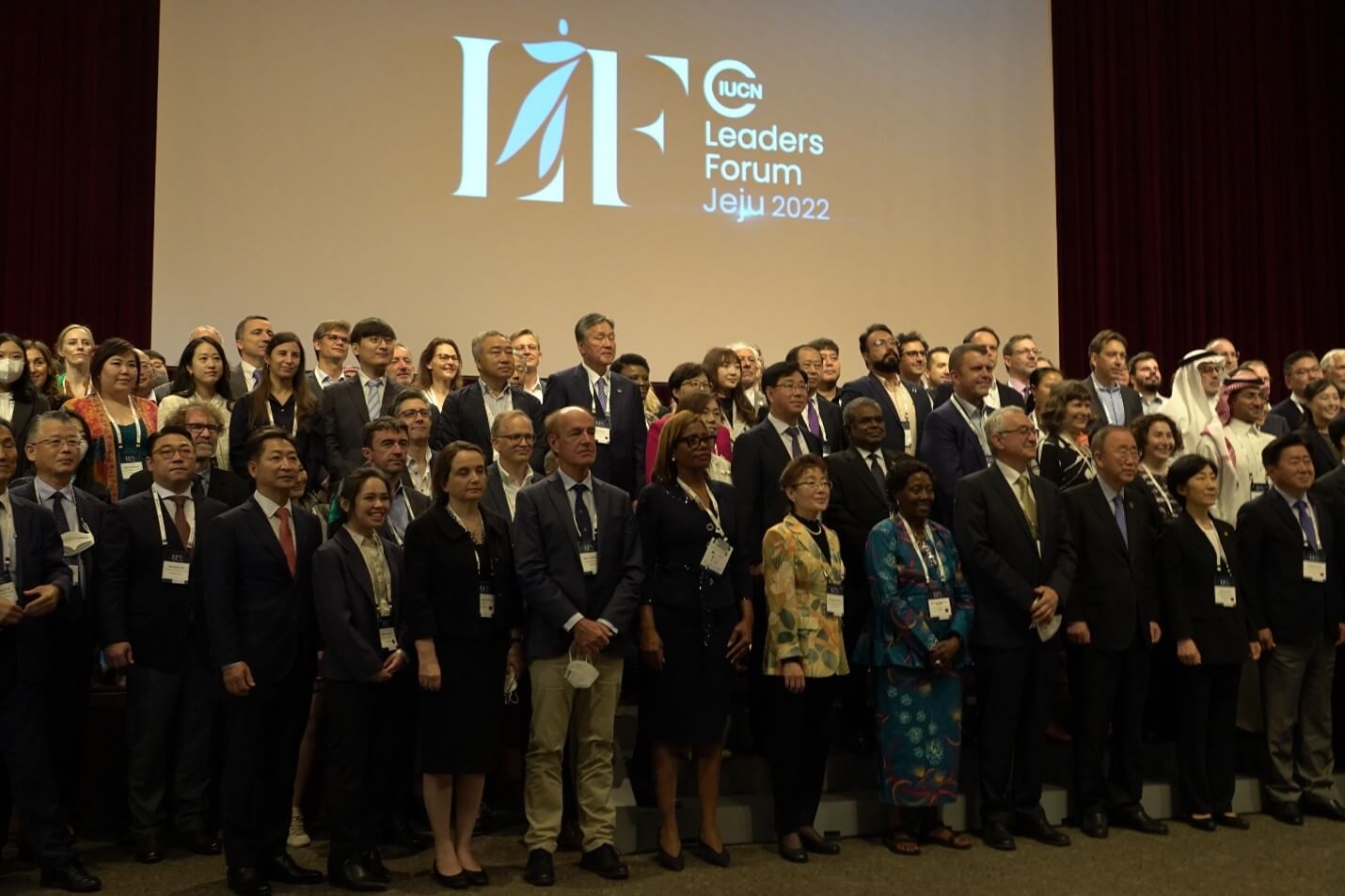 The IUCN Leaders Forum was held on Jeju Island, ROKorea from October 13th to 15th, 2022. The theme for the conference was “Building nature-positive economies and societies.” The event was hosted jointly by our Partners, the IUCN, Ministry of the Environment of RO Korea and Jeju Special Self-Governing Province. Leaders from across the sector around the world to discuss ways and strategies on building a nature-positive society aiming to stop nature loss by 2030, achieve restoration by 2050, and ensure alignment with other nature-positive initiatives.

This forum served as an important precursor to two major meetings of Contracted parties being held later this year. The first being Ramsar COP14 in November, followed by CBD COP 15 in December this year. Given that the new draft Global Biodiversity Framework will be presented at the COP15 the Forum presented the chance to receive valuable feedback from various stakeholders that contribute to dialogue in the international green economy and conservation space.

The opening ceremony was held on 13th October, 2022, with the opening address by Ms. Han Wha Jin, Minister of Environment of the Republic of Korea. She stated that the aim and position of the Korean administration was that nature should be considered when making decisions about the economy and that policy should reflect the conservation biodiversity. Followed by the welcoming remarks were then given by Mr. Young Hun Oh, Governor of Jeju Province. He stated that frameworks must be adopted that would allow stakeholders to achieve the goal of harmonize nature and economic development, and Jeju’s policies would aid in this process. 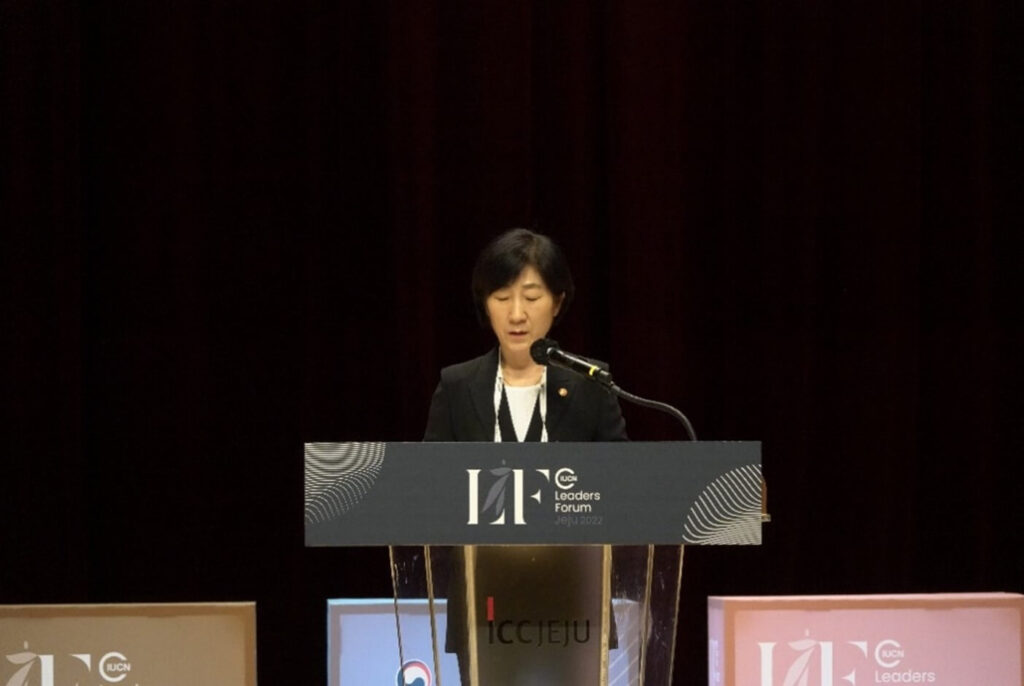 In her remarks, Ms. Razan Al Mubarak, President of the IUCN, emphasized that the focus of the Forum was to construct a common vision of a nature positive approach to the world economy, rebuilt the connection between human wellbeing and biodiversity as well as the synergistic effort each facet of society, be it government, civil society or the private sector must make to achieve meaningful impact. Followed by a video congratulatory message from Mr.  Hong Wang, Vice Minister of Natural Resources of the People’s Republic of China to the Forum, who introduced the ecological protection policies, and  expressed will for global partnership on environmental issues. 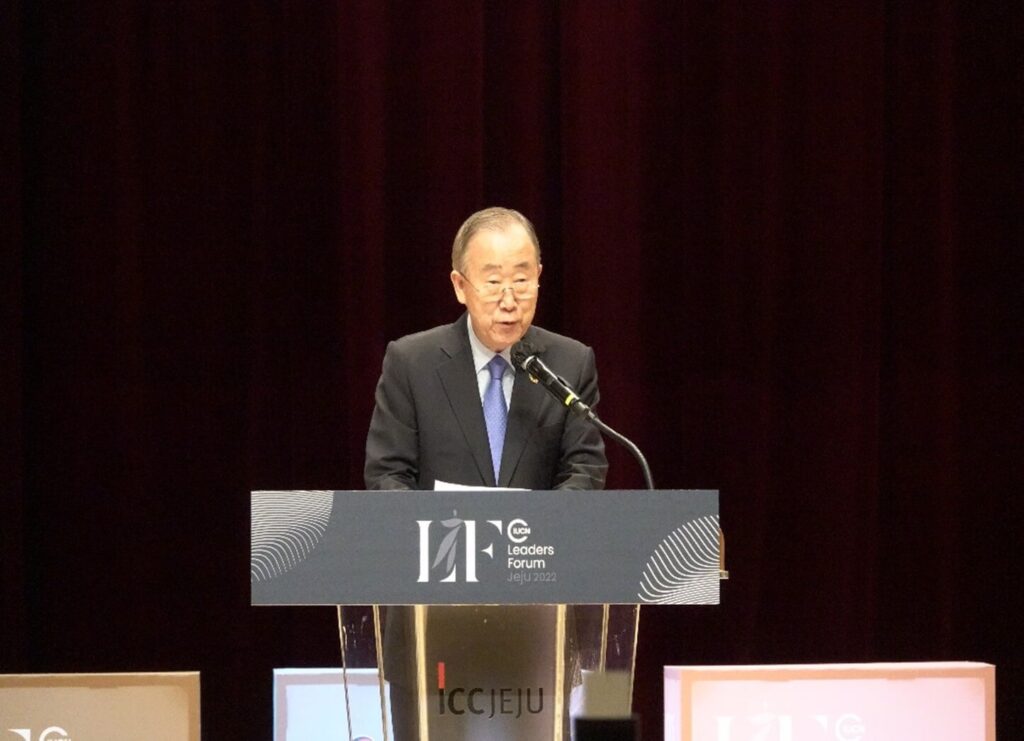 The keynote address was given by former UN Secretary General, Mr. Ban Ki Moon. He stated that the current period in history is one of the great changes for both the planet and the economy. We currently live in a time of crisis and uncertainty which has been bolstered by the occurrence of the COVID-19 pandemic and the unhalted progress of climate change. He stressed the need to find holistic solutions, which involve the world’s collective efforts and are rooted in sustainability. His speech served as a poignant call to action which considered the world’s current geopolitical unrest and its effect on the world economy. He appealed to the audience with the fact that no other alternative exists, there is no plan B, but only the urgent actions of limiting temperature rise and reducing biodiversity loss.  He stressed the need for a collaborative cohesive nature-positive effort combined with renewed political will and ambition to achieve the UN Sustainable Development Goals. This combined effort must include the input of multiple stakeholders including indigenous communities. He ended his speech with a contemplative quote from Pope Francis, “God forgives, humans sometimes forgive but nature never forgives.” 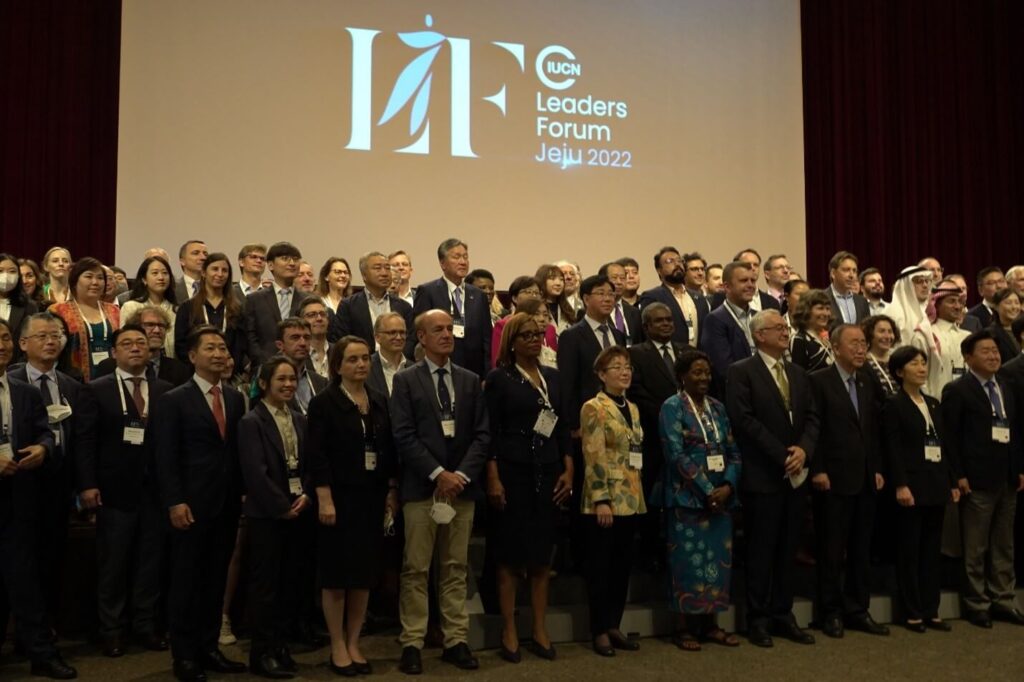 High Level Plenaries and Side Events

During the three-day forum high level plenaries were held during which dialogue was conducted on a variety of topics all with a focus on how a nature-positive approach may be applied in different fields. Speakers and panelists came from various countries and served as representatives of key organizations and interest groups.

During the forum, the “Working definition of a nature-positive future” was presented (check the IUCN Working Paper).

“A nature-positive future means that we, as a global society, halt and reverse the loss of nature measured from its current status, reducing future negative impacts alongside restoring and renewing nature, to put both living and non-living nature measurably on the path to recovery.” 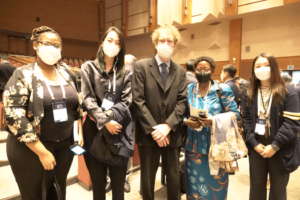 The opportunity was taken to clarify exactly what the term nature-positive means and what a target of achieving this goal would mean in each sector. In another perspective, it would mean engaging in disruption to protect more, restore more and to sustainably manage what remains of nature. In every plenary regardless of the topic being discussed, the focus was the advocacy of seeing nature as an investment, not as a free resource as well as the need for private and public sector involvement to achieve a nature positive outcome. The role and necessary input of indigenous communities was highly emphasized, and their stewardship of nature was acknowledged and deemed to be highly important to the protection of the world’s biodiversity and the mitigation of climate change. It was also stressed that climate change mitigation and the protection of biodiversity are two goals which exist in tandem and that they are inextricably linked. 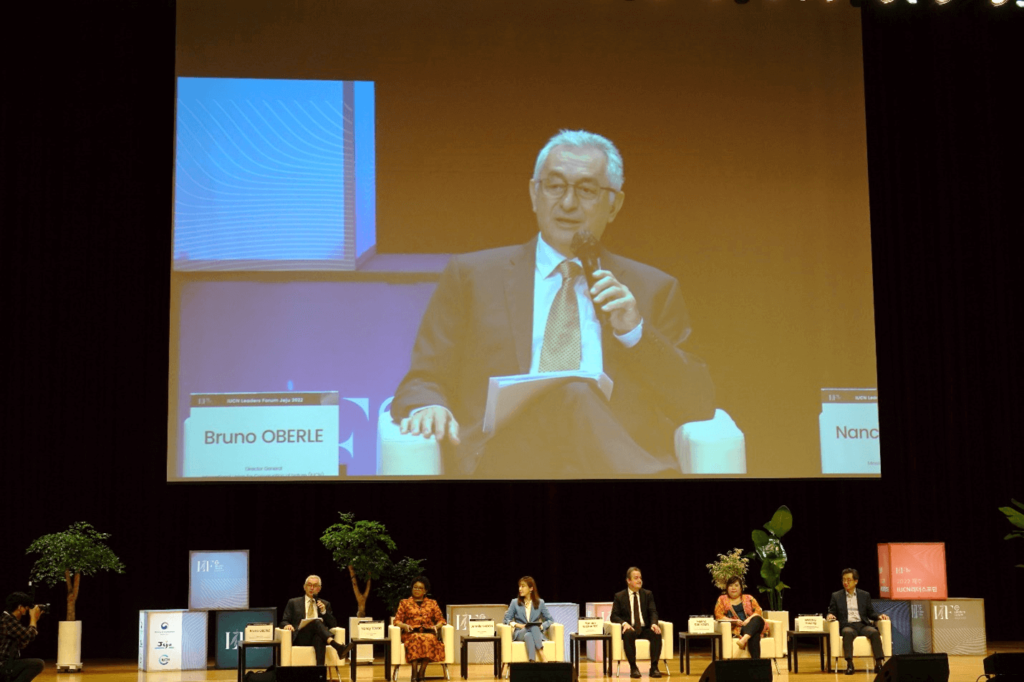 The EAAFP Secretariat participated in three side events during the Forum to promote the conservation of migratory waterbirds and their habitats in the EAAF as it relates to the preservation of biodiversity and climate change mitigation. The first side event titled “Ecosystem Restoration for a Sustainable Future: Principles, Tools and Acceleration Needs” was hosted by the United Nations Office of Sustainable Development (UNOSD) on 14th October.  The side event focused on ecosystem restoration and promoted a sustainable future. On the same day, side event “Multi-approach and sustainable development planning to promote Biodiversity” organized by British Embassy of the Republic of Korea, Korea Environment Institute (under Prime Minister Office) and MOEK. With United Nations Climate Change Convention High-Level Climate Action Champion, UK, Nigel Topping and the domestic environment experts, the speakers and panelists explore the future direction of a sustainable environment centered on biodiversity as natural capital, economics, and climate change. Mr. Doug Watkins, Chief Executive of the EAAFP Secretariat gave presentations and engaged in dialogue as a panelist at these events.

The EAAFP also hosted a joint booth at the IUCN Leaders Forum in collaboration with the Hanns Seidel Foundation (HSF). At the booth information about each organizations’ initiatives was available including flyers and brochures. EAAFP staff took the opportunity to raise awareness of the importance of wetlands and migratory waterbirds. HSF shared with visitors the work that their organization is engaging in regarding environmental conservation in the DPRK.

Mr. Marco Lambertini, Director General of WWF International, with EAAFP staff members as he visited the booth for a chat © EAAFP Secretariat

The IUCN Leaders Forum presented an idea for stakeholders from different sectors to come together and to visualize a nature-positive future. The Forum concluded with recommendations as follows: