At a construction site for the planned new runway, an opportunistic Saunders’s Gull colony has been active recently (via SKS). A parent was photographed feeding a well-grown chick here on July 2nd (OSH).

Today little activity remained, although one adult was fetching and carrying food to the general nesting area, which also circled me once overhead, screaming angrily. I also saw two distant adults on the ground, which may have been tending nests or young.

A Little Tern also flew to and from the breeding area (nests and chicks were reported here a month ago). Also present, a Hobby, a few Zitting Cisticola and a Meadow Bunting.

Yongjeong is losing its last areas of wild habitat to development. Picture A (below) shows the most valuable wetland a year ago: picture B shows the same area today. 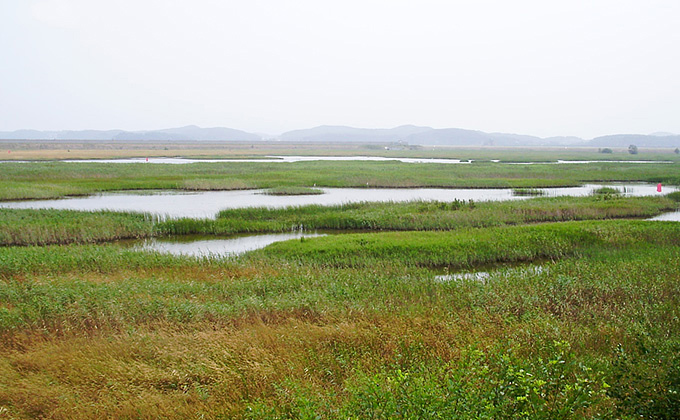 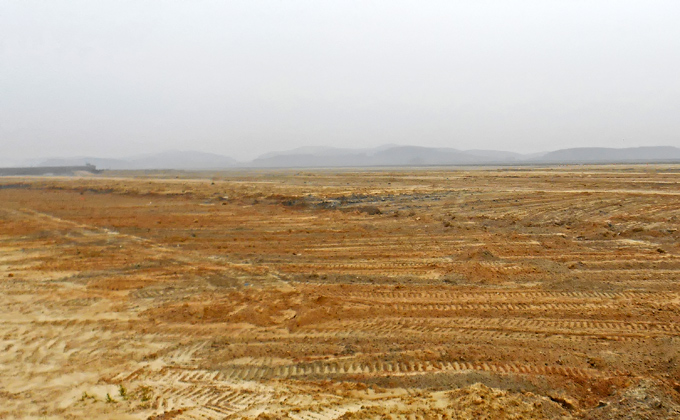