“13th WWD Festival” took place on July 10-11 at Convensia, Songdo, Incheon, South Korea. The festival was supported by the Ministry of Oceans and Fisheries (MOF). In recognition of the important relationship between wellbeing and wetlands, the theme for WWD 2014 was “Wellbeing with Wetlands.” Nearly 1000 participants attended the festival, including members of government agencies, NGOs, conservation organizations and interested citizens.

During the WWD Ceremony, Mr. Woo Yea Hwang, Vice Minister of the MOF gave the certificate for the designation of the Songdo Tidal Flat as a new Ramsar site of international importance to Mr. Jeong-bok Yoo, Mayor of Incheon Metropolitan City. Mr. Yoo mentioned that the designation would show the dedication of Incheon City against the continuous development of the adjacent reclamation activities.

To raise awareness of the importance for the wetland for migratory birds, EAAFP also organised side events and arranged a booth.

First, EAAFP organised a workshop as a side event to share information on current threats to birds and their habitats. There were also suggestions to develop action plans, with the participation of key Incheon stakeholders including government, NGOs. <Read more: A step forward for threatened species of migratory waterbird in Incheon, Korea> 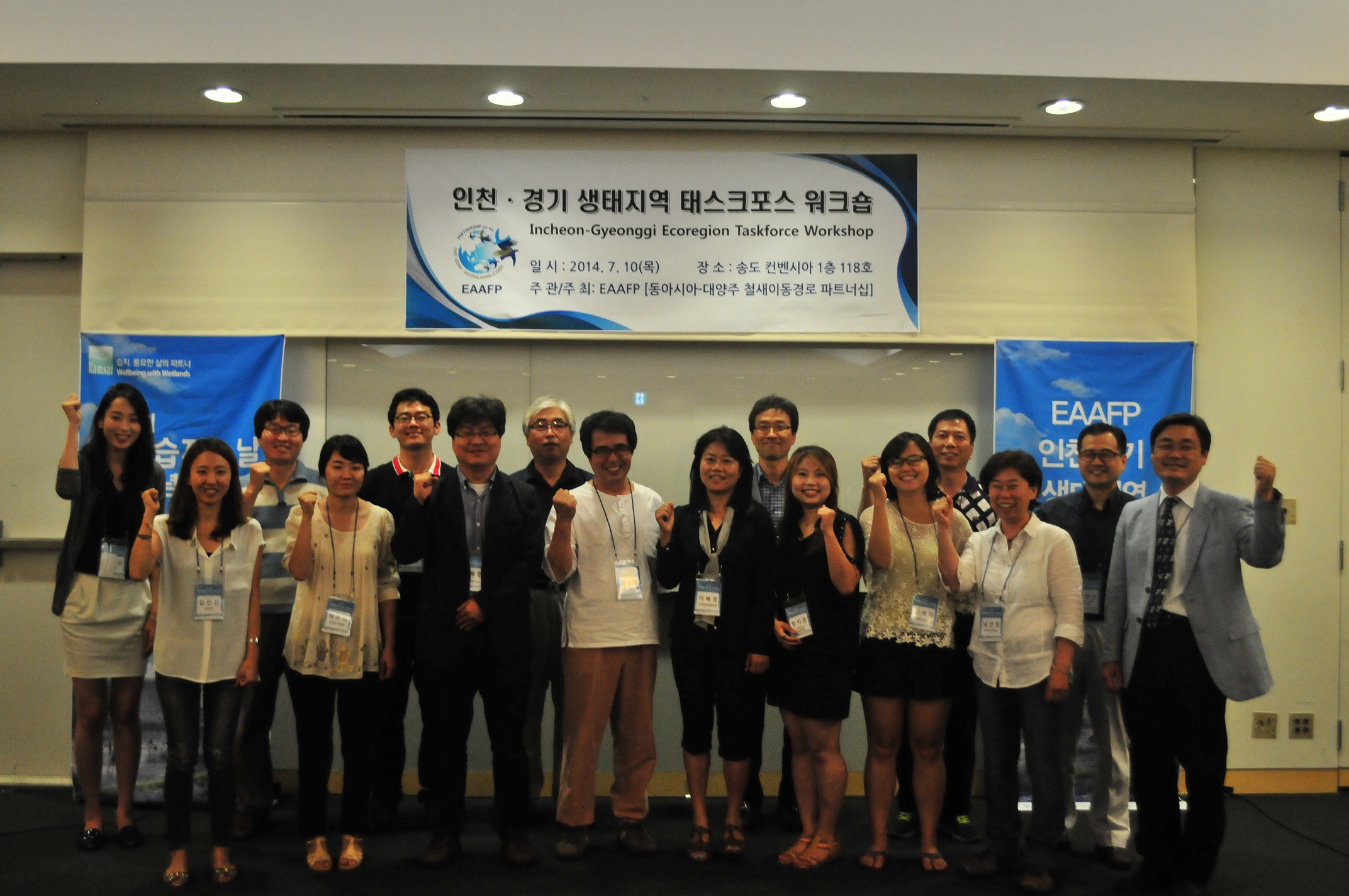 EAAFP also participated  in Korean Shorebird Network Workshop during the WWD. The meeting was held to  share the knowledge on the conservation and wise use of Korean wetlands to protect migratory birds. The meeting began with a video of Black-faced  Spoonbills and their struggle for survival on the ever decreasing intertidal mudflats. The video also included the aquatic life of wetland residents and fishers. After that, Dr. Judit Szabo, science officer of the EAAFP, talked about the habitat loss in the Yellow Sea area and the resulting global decline of shorebirds. The next presenter was Mr. Ju Yong-gi, bird researcher. His presentation highlighted the importance of wetland conservation in Korea as wetland condition is degrading causing national migratory bird declines. Many effective suggestions were made by the participants. 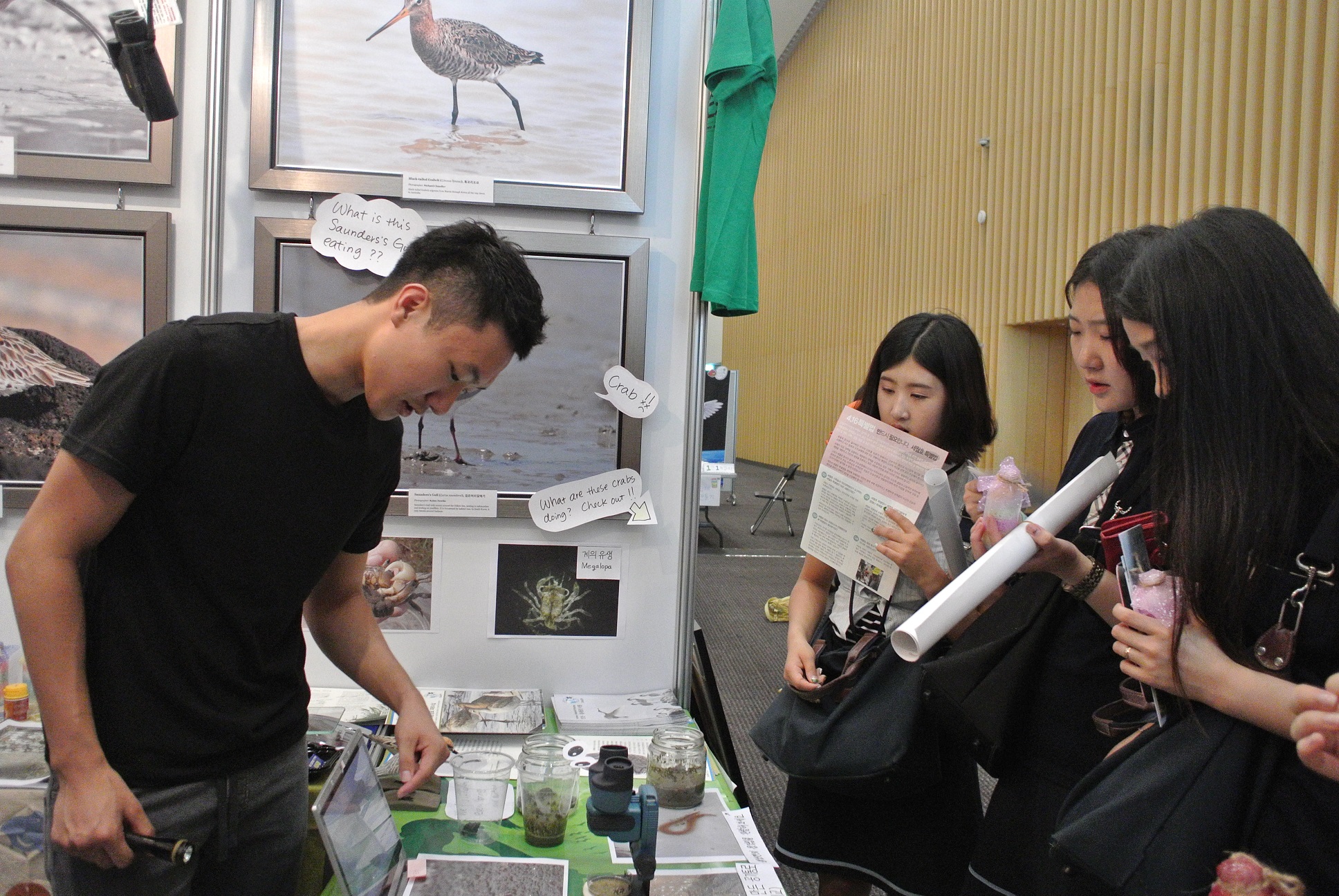 Nate, intern at the EAAFP is explaining about aquatic life of wetland

EAAFP also had a booth with posters and educational activities, such as weighing (pretend) migratory birds, observing tidal flat creatures, such as crabs and worms, and comparing the sand from the tidal flat surface with the sand purified by crabs at the same place. Students were very surprised at the migration of Red-necked Stints considering how small they are, and the distance Bar-tailed Godwits can fly non-stop. Visitors were interested in watching small crabs and works digging and eating in the mud in the container.  An elderly lady told us about her young days at tidal flats near Incheon, catching worms for fishing, which she said is not possible anymore because of the reclamation. Exhibitors from other regions had booths to raise public and governmental officers’ awareness on the importance and value of wetlands. Exhibitors also exchanged ideas and information with each other. 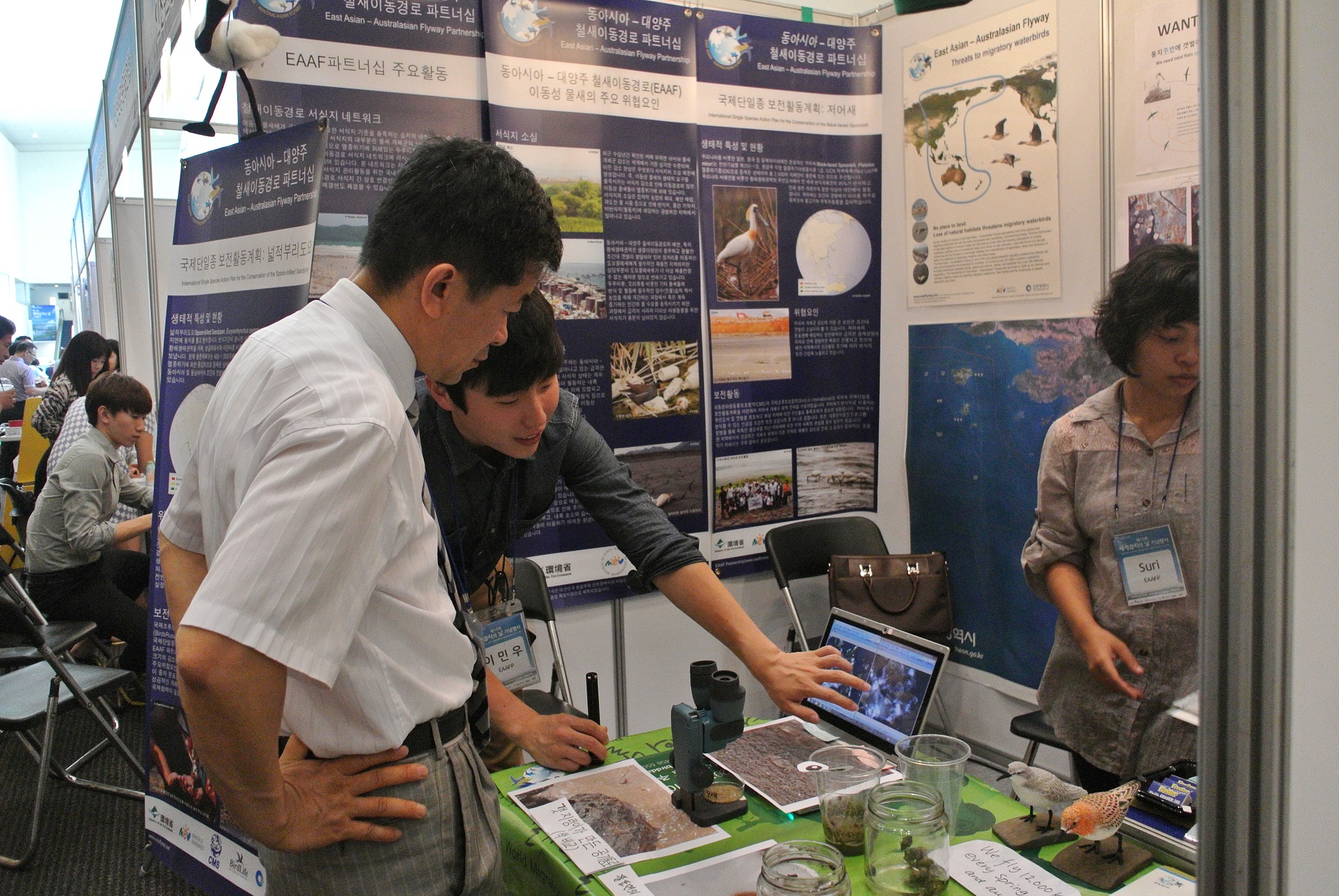 Min-woo, intern at EAAFP is comparing the sand from the tidal flat surface with the sand purified by crabs