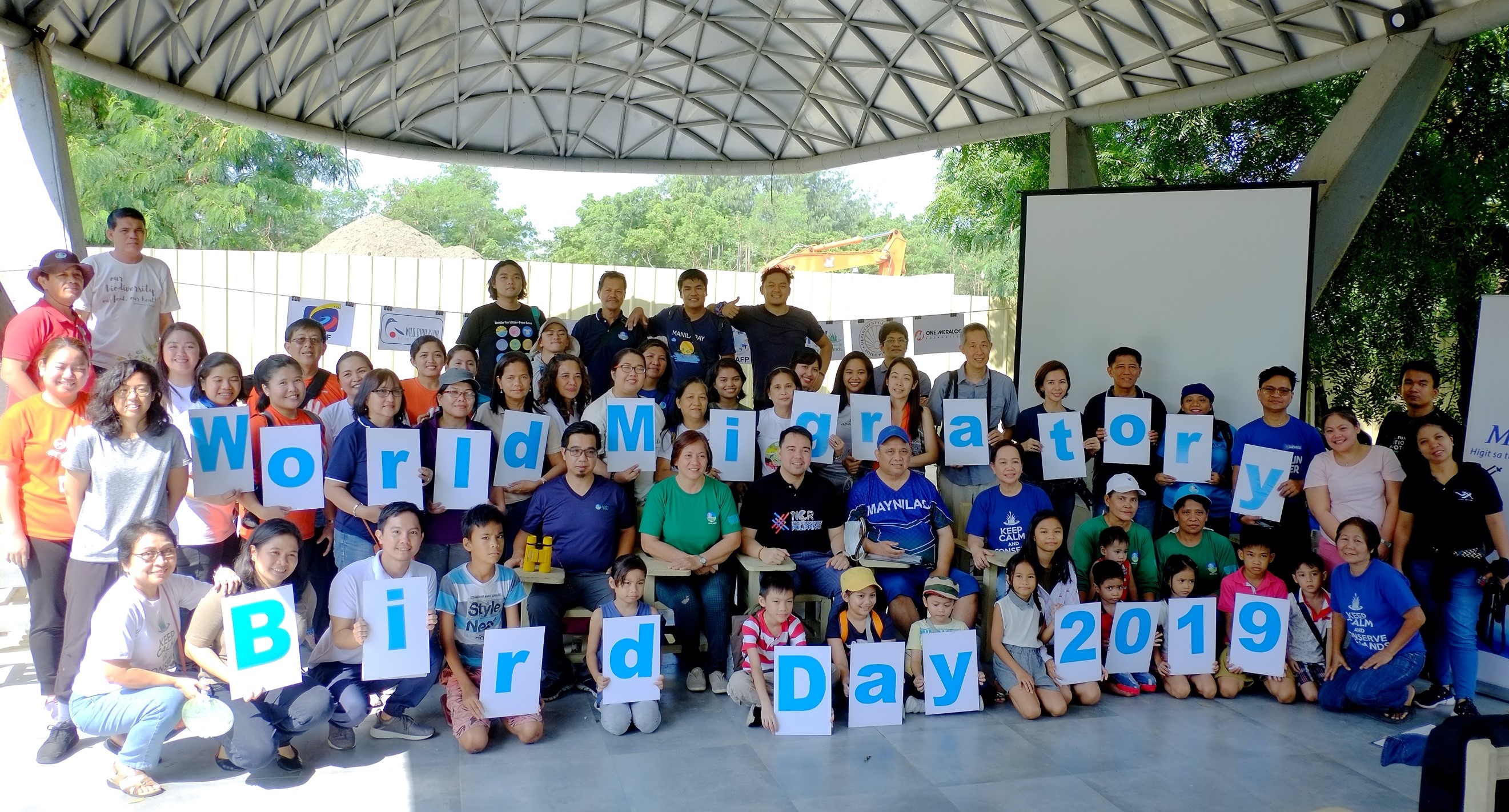 The World Migratory Bird Day (WMBD) 2019 was held on May 11th and October 12th across the world. This year’s theme, “Protect Birds: Be the Solution to Plastic Pollution” emphasizes the adverse effect of plastic on migratory birds and their habitats.

Through the support from the EAAFP Small Grant Programme, many of our partners were able to organize fun and educational activities to raise awareness on the need of conserving migratory birds to the general public, young people and stakeholder. 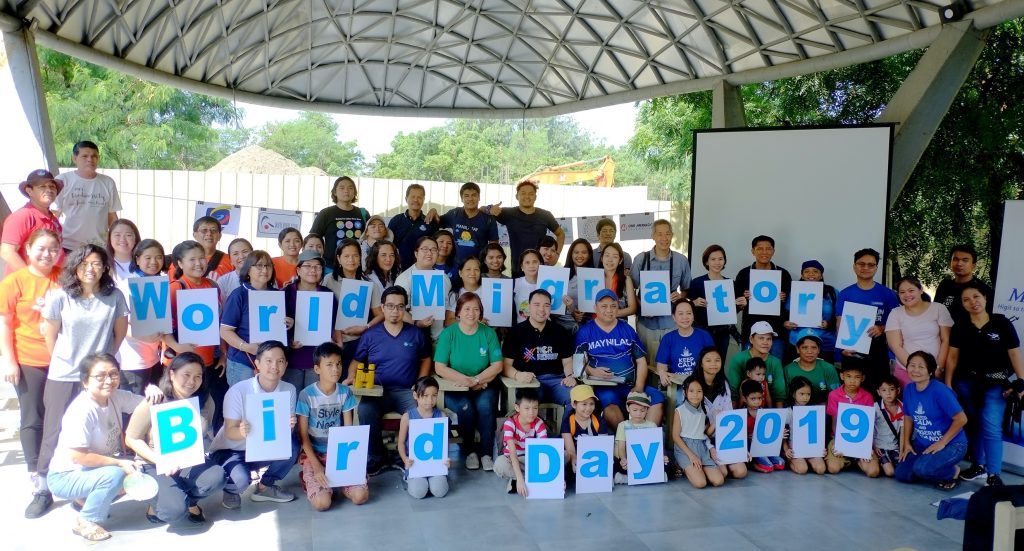 © Society for the Conservation of Philippine Wetlands, Inc. (SCPW)

Indonesia conducted its WMBD in May 2019, involving 150 participants, which consisted of university students, school students, teachers, parents, researchers, birdwatchers, and the media. There were activities like National Photography Competition (53 local participants), seminars at the Hall of Faculty of Veterinary Medicine University of Syiah Kuala and birdwatching on Ulee Beach in Banda Aceh, Indonesia. 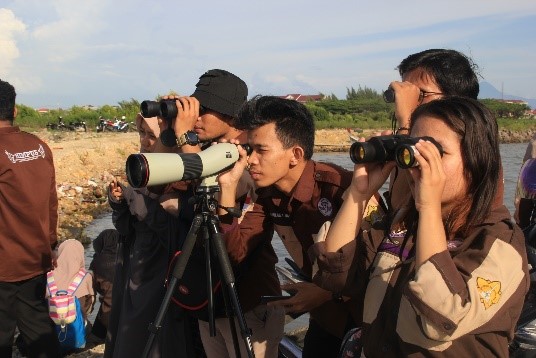 The Philippines had a total of 65 attendees during its October event, called ‘Click It, Sketch It: An Adventure with Migratory Birds”, including organizers, guests, and participants. Children learned about wetlands through a story enhanced by a birding activity and coloring bird sketches. The event was able to make a successful impact because of which SCPW decided to propose the activity to be part of the CEP, a program of the Las Piñas – Parañaque Wetland Park. 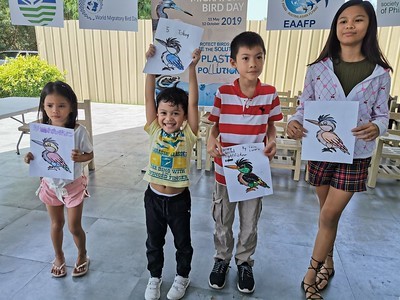 Sketches by kids © Society for the Conservation of Philippine Wetlands, Inc. (SCPW)

Cambodia also carried out events for WMBD on 10 May 2019, with approximately 350 attendees, including Kep provincial Governors, Secretariat State of Ministry of Environment of Kep province, site managers, rangers, local authorities, local community, High School teachers and students, as well as NGO partners working on the conservation of wetlands and natural resources. The event included a Q&A session for children, migratory bird photo exhibition, information on species and habitats in Cambodia were shared to educate all. The event was concluded by planting trees in the school campus by all the participants. 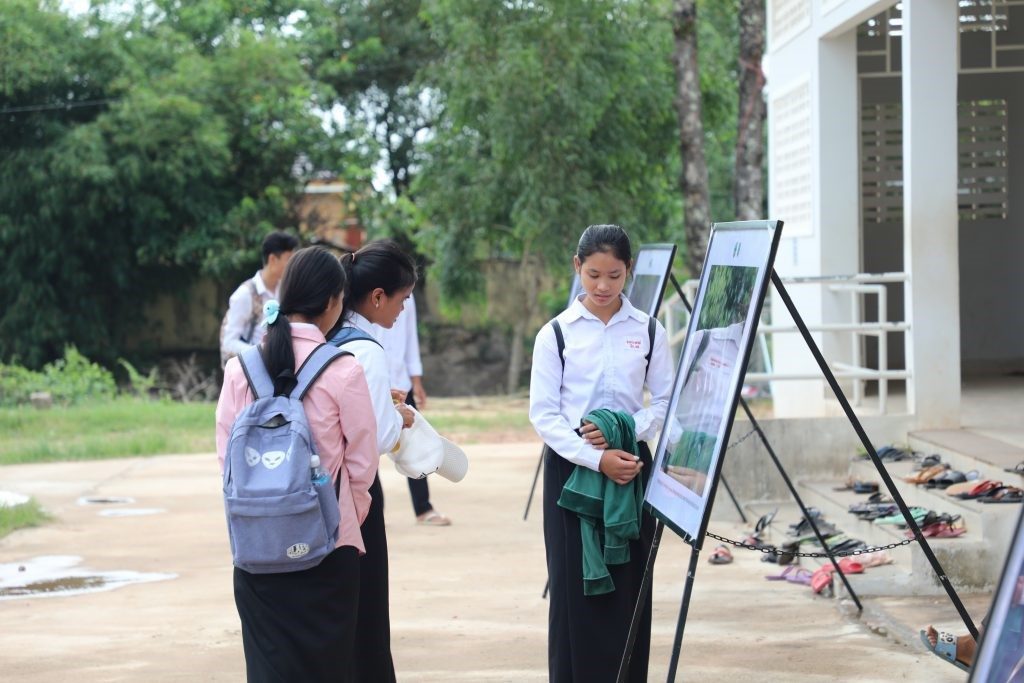 Our partners all the way from Myanmar and Bangladesh and Mongolia celebrated WMBD twice in 2019!

Myanmar organized WMBD events in May and October 2019. A total of 131 participants attended the event, involving middle and high school students, as well as their teachers, government staff, Local Conservation Groups (LCG), and village leaders. The event was commenced with an awareness talk on environmental conservation including habitats of Spoon-billed Sandpiper in Gulf of Mottama, where the students also engaged in Spoon-billed Sandpiper counting game. The second event in October also involved 148 participants near Moe Yun Gyi Wildlife Sanctuary, which is the first Ramsar site in Myanmar that was designated in 2004 and is located in the Bago Region, Myanmar. There were many activities like awareness talk on WMBD, distribution of educational materials in Burmese language, playing educational videos on impact of plastic pollution on wildlife, and the species descriptions found at the Sanctuary, children also acted out the theme of WMBD by helping in wetland cleaning. The event concluded with a discussion on cartoon series prepared by Rohan Chakravarty (Known as Green Humour online).

First activity of WMBD 2019 in Bangladesh was organized on May 11, where around 5,500 participants from national and regional government agencies, local communities, researchers, students, teachers, and media personnel were present at the event. The Programme started with rallies from different universities and colleges. There were three main scientific presentations made by professors on biodiversity and conservation in Bangladesh and Effects of plastic pollution on bird’s conservation. Speakers emphasized impacts of plastic pollution, protection of wetlands and flyways, along with awareness for migratory birds’ conservations. Local events consisted of an essay competition, school quiz, rally and discussions in eleven different districts in Dhaka. The awareness campaign also included the production of wall signs of birds that reached 500 local students and participants.

Mongolia conducted its first WMBD event in May where more than 900 people including local students, birdwatchers, researchers, government officials, and media reporters participated. There were lectures by various well-known bird conservationists and professors whereas activities like painting birds on face masks, identifying and spotting species, playing documentary, and writing beautiful messages to the birds were conducted. The second event was held on 11 October 2019 at four different locations involving 200 participants from various universities and schools. 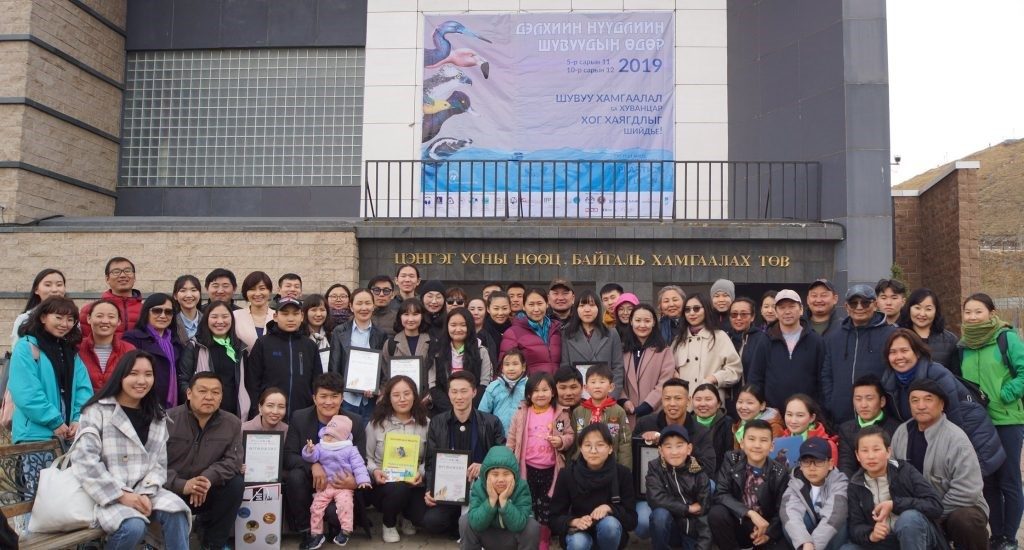 Whereas on EAAFP Secretariat organized a public lecture in May to educated people on WMBD, 100 citizens enjoyed lectures from scholars, songs, drama and games. In the afternoon, Yeongjong Migratory Birds and Mudflats Fun Day held at the Yeongjong tidal flat in Incheon. on 12 October 2019, EAAFP Secretariat joined the global celebration of WMBD at the IFEZ Global Village Festival by operating a booth along with 30 other country booths organized by IFEZ Global Center, it was successful in engaging hundreds of people. With the activities like bird coloring template, removing plastic game for kids. 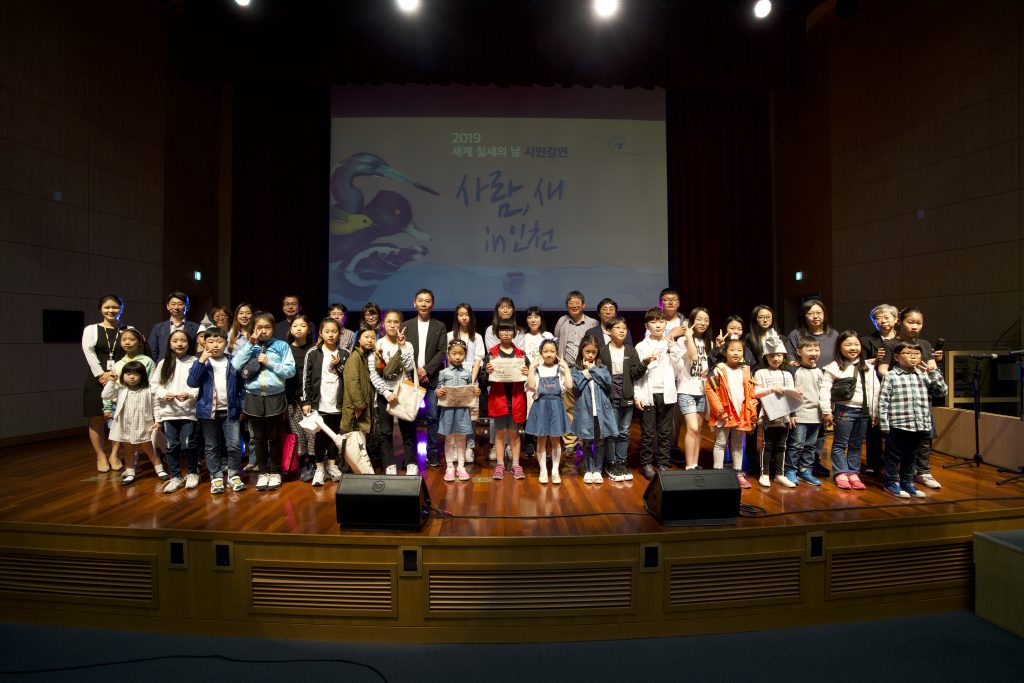 To read all the WMBD stories, visit here: https://www.eaaflyway.net/wmbd-2019-reports/