Eaaflyway > All News > Winners of 2022 “Year of the Terns” Photo Contest Announced!

Winners of 2022 “Year of the Terns” Photo Contest Announced! 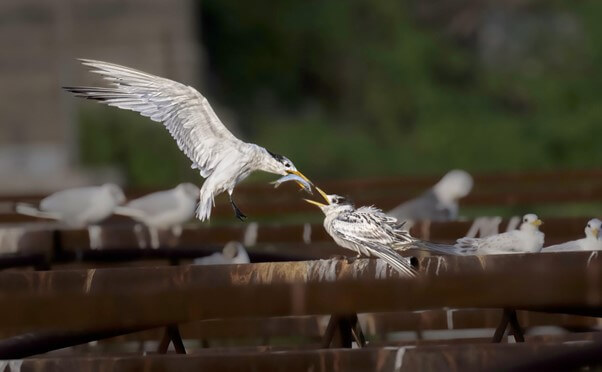 On the second peak of 2022 World Migratory Bird Day (8th October, 2022), the East Asian-Australasian Flyway Partnership (EAAFP) Secretariat and its Seabird Working Group announced the results of the 2022 “Year of the Terns” Photo Contest”, featuring the beauty of terns in East Asian-Australasian Flyway. Over 170 entries covering 19 out of 27 tern species in this Flyway were submitted by birdwatchers and photographers from 15 different countries and areas across the Flyway. Our judges selected “Chinese Crested Tern” by Haocheng Wang from China as the “Best Photo of Tern Species” and Erickson Tabayag from the Philippines won the “Tern Photo With the Best Conservation Message” category with his photo “Sooty Tern”. From Vietnam, Hung Manh Le’s photo “Bridled Tern” received the most votes online.

Table 1. Summary of participation of the “Year of the Terns” Photo Contest’’

This contest represents a large collective effort to raise awareness of seabirds, especially terns. These species spend most of their lives offshore, crossing vast oceans, making their lives mysterious to us. While some species have large populations, many others face local or global risks of extinction and population declines due to various threats. Thus, EAAFP Secretariat and its Seabird Working Group designated 2022 as the “Year of the Terns”. As part of the 2022 “Year of the Terns” campaign, the EAAFP launched the “Year of the Terns” Photo Contest to raise awareness of this group of seabirds – terns.

The contest spanned from the 14th May to the 17th September 2022. The organizers hoped that the photo contest can increase public awareness of seabirds, especially terns.  The Photo Contest welcomed all participants regardless of age, gender, and nationality, so birdwatchers, photographers, and even those that simply appreciate nature can join. Submission and voting were done in an online gallery.

To aid conservation throughout the flyway, the organizers prepared contest guidelines in five different languages: English, Bahasa Indonesia, Chinese (Simplified and Traditional), Japanese, and Korean. Participants submitted tern photos taken between the 1st January through the 17th  September, 2022, within the East Asian-Australasian Flyway. The contest had three award categories: 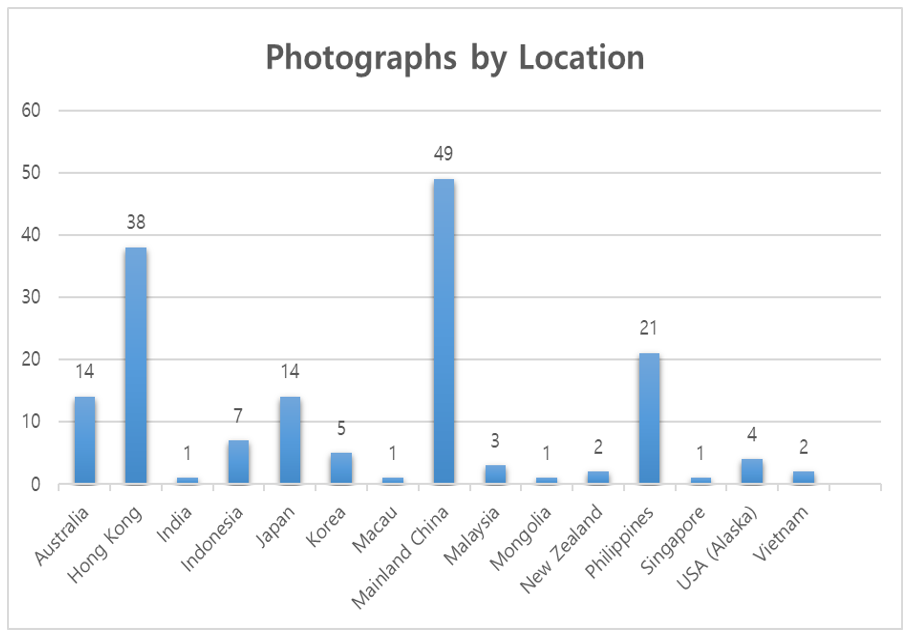 “Depicted in the photo is the breeding colony of Sooty Terns in Lawak Island of the Kalayaan Island Group, Province of Palawan. The presence of these seabirds in the island is one of the important considerations in protecting the island’s environment and ensuring its sustainable development. Consequently, it has been recently declared as a Critical Habitat by the Palawan Council for Sustainable Development as it indeed serves as a safe haven for breeding seabirds and other transmigrant fauna in the West Philippine Sea. With such declaration, the island may now stand more chances against the plausible threats from the impacts of climate change as well as to various anthropogenic activities. This also demonstrates an excellent way on how to exercise sovereignty over the island while exerting seabird conservation efforts therein.”

“Bridled Tern (Onychoprion anaethetus) is recorded as fairly common resident species in Vietnam. However, it is only recorded breeding at two small islets in central (Cu lao Cham nature reserve) and south central Vietnam (Con Dao national park). Unfortunately, it is currently highly threatened by eggs collecting during the breeding season from local fisherman. The estimated population is less than 1.000 breeding pairs in Vietnam. Several activities have been implemented to protect the species in Vietnam including strictly control of local fisherman during the breeding periods and set up camera traps to monitor the threats around the breeding sites.”

Congratulations to the winners! Thank you all entrants who submitted wonderful tern photos from your area.

You can view the winning photos and other selected photos of the contest on our Flickr Album (coming soon).

We would also like to thank our sponsors, Swarovski Optik and Patagonia International Inc., Japan Branch for making this contest possible.

We are indebted to the judging panel who took the time and effort to thoroughly evaluate the photo submissions. They selected the winning photos based on its composition, creativity, originality, representativeness, conservation message, and overall impression. The judges are:

Along with the Photo Contest, the “Year of the Terns” World Seabird Day Webinar Series was held on 1st and 2nd July 2022. Leading experts shared their insight on conserving tern species.   You can view the recordings of the webinar series Day 1 and Day 2.