On 19 March, the Wildlife Conservation Society (WCS) became the 29th Partner of EAAFP, with the unanimous support of all Partners. During the application process, Partners warmly welcomed WCS and indeed many Partners already work collaboratively with WCS programmes, projects and staff in many countries of the Flyway. In addition to bringing in the knowledge and experience of conservation scientists in the region and beyond, WCS also offers a programme of field-based initiatives addressing threats and opportunities to conserve key species and sites. For example WCS scientists in the Russian Far East are already contributing valuable information and field work on priority waterbirds such as the critically declining Baer’s Pochard and Scaly-sided Merganser. By joining EAAFP we believe that WCS offers a great opportunity to integrate migratory waterbird conservation into its current and ongoing projects and help strengthen cooperation among existing Partners and we look forward to joint initiatives in the near future. 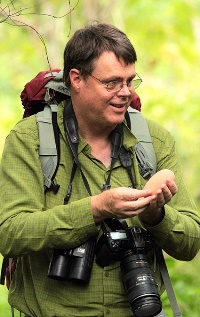 We at the Wildlife Conservation Society are excited to join the EAAFP as a Partner, and to begin to work collaboratively to protect key migratory places and help conserve at-risk bird species in this immense and important Flyway. We are a science-driven conservation organization, with country programs (and thus regional conservation capacity and expertise) throughout much of the Flyway. As such, we can assist the EAAFP in identifying priority areas for different migratory species and we also have the standing to help protect them. In my position as coordinator of bird conservation for WCS, I have the opportunity to bring together existing bird conservation efforts of WCS into larger and more coherent efforts for greater conservation impact.

We look forward to working with the Partnership and discovering how best to align our capacity with the group’s most important strategic interests. I will briefly highlight two starting points of potential importance here. In Cambodia at the vast Tonle Sap lake and associated flooded forests, WCS has worked in collaboration with ministry officials to protect nesting colonies of many waterbird species (storks, pelicans, ibises, darters, etc.) from egg poaching, and has helped many of these species recover their populations. These birds migrate from throughout Asia to breed in this historic region. In Arctic Alaska, I have led efforts to study and protect huge numbers of breeding birds in the coastal plain. Our efforts there, together with others, recently resulted in the protection from development of some 11 million acres of habitat, much of that in the wetland complex surrounding Teshekpuk Lake where millions of breeding pairs of shorebirds, waterfowl, loons, and others occur. Species like Dunlin, Bar-tailed Godwit, and Yellow-billed Loon form part of the EAAF. We have collaborated in studies of Dunlin migration with use of geolocators, and so have a clear idea of where populations in areas we recently helped to protect spend the winter, primarily in and around the Yellow Sea. Studies like these are promising starting points for helping to conserve this and other species across the range of their impressive migrations.

I look forward to meeting partners and collaborators of the Partnership in the upcoming meetings in Alaska. There, we can begin discussions and planning of how best we at WCS can assist in protecting birds and their migratory habitats in this most important Flyway.