Eaaflyway > News > Why ET, HU or CT might lead us to missing spoonie sites

Why ET, HU or CT might lead us to missing spoonie sites 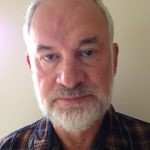 With the third Spoon-billed Sandpiper on the move, Prof. Rhys Green gives us his insights on why these three birds could lead us to as yet unknown sites, and how that could have important implications for conservation efforts.

The journeys of the three tagged spoonies, ET, HT and CT, may help us to solve a puzzle that is important for the conservation of their species.

The first test of a new method for estimating the total number of wild spoonies in the world was published recently in the journal Oryx. The estimate was based on scan surveys of spoonies in flocks of shorebirds staging on the Jiangsu coast near Shanghai in September-October 2014. This is the area where ET, HU and CT were tagged.

Scan surveys involve recording the proportion of all spoonies seen that have an engraved plastic flag on the leg. The surveys showed that about one in 25 of the adult Spoon-billed Sandpipers seen had these flags. The flags had been applied to nesting adults thousands of kilometres away at Meinypil’gyno in arctic Russia. About twenty leg-flagged adults were alive in autumn 2014 so, if birds from different breeding areas mix on migration, the world population of adult birds is 25 times 20, or about 500 adults or 250 breeding pairs. Given that the autumn population includes juveniles and one-year olds as well as adults, this result indicates a total population of 600-700 individuals in autumn 2014.

Now here’s the puzzle. If the counts of spoonies for all known wintering sites in China, Thailand, Bangladesh and Myanmar are added together the total comes to about half of the number estimated from the scan survey. Where are the missing birds?

The explanation could be one or both of two things. Maybe there are really more spoonies than have been counted at some of the wintering sites we already know about. That is certainly possible. Some sites, like the Gulf of Mottama [EAAF117] where ET is now, are huge and it is difficult to ensure complete coverage on surveys. More exciting is the possibility that there are one or two sites we do not yet know about yet that hold large numbers of wintering birds. Which is it? If there are undiscovered wintering sites, finding them would allow conservation action to protect them there. It is still early enough in the winter that any or all of our three intrepid voyagers could still supply the vital clues before their tags fall off.