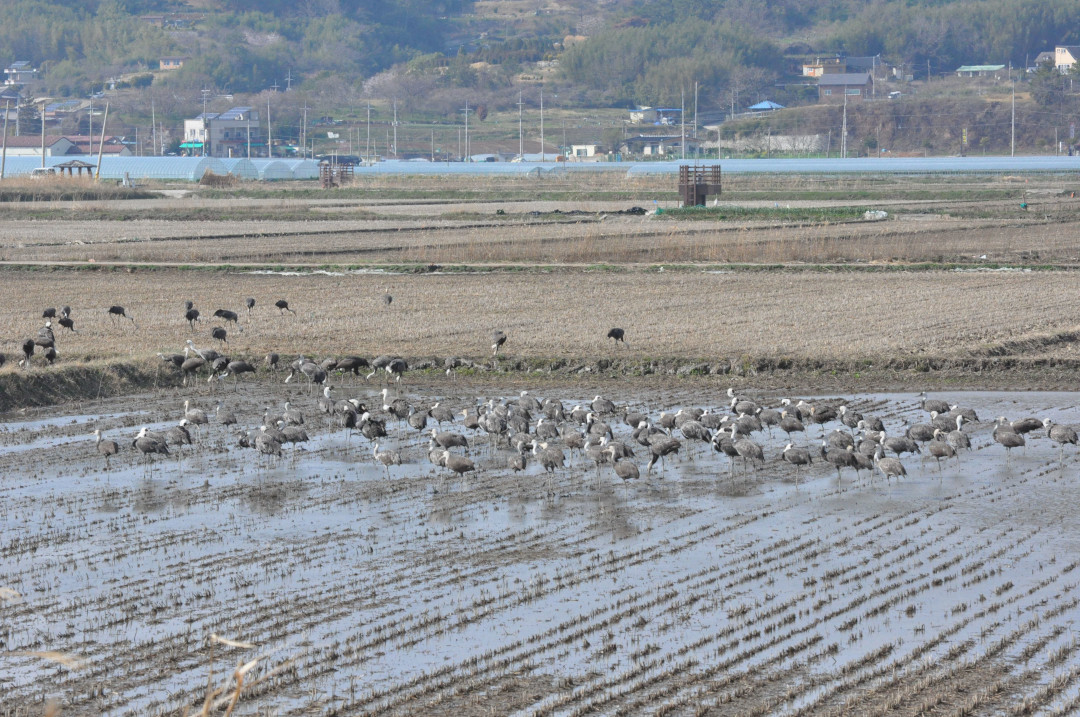 Since November 2021, a series of unprecedent outbreaks of HPAI (Highly Pathogenic Avian Influenza) occurred in western Eurasia and depleted significant percentages of waterbirds and seabird populations: Barnacle Goose in Scotland, Eurasian Crane in Israel, Dalmatian Pelican in southeastern Balkans and seabirds along the coast of the Atlantic Ocean. However, no significant incidents were reported from the East Asian-Australasian Flyway except die-offs of several hundred seabirds, such as Tufted Puffins and Rhinoceros Auklets, recorded around the waters of Kunashir Islands in southern Kuril in August 2022, which no official evidence of an HPAI outbreak was indicated by the time of writing. Yet, outbreaks of HPAI was recorded in cranes and other migratory waterbirds in the EAA Flyway in recent two months. 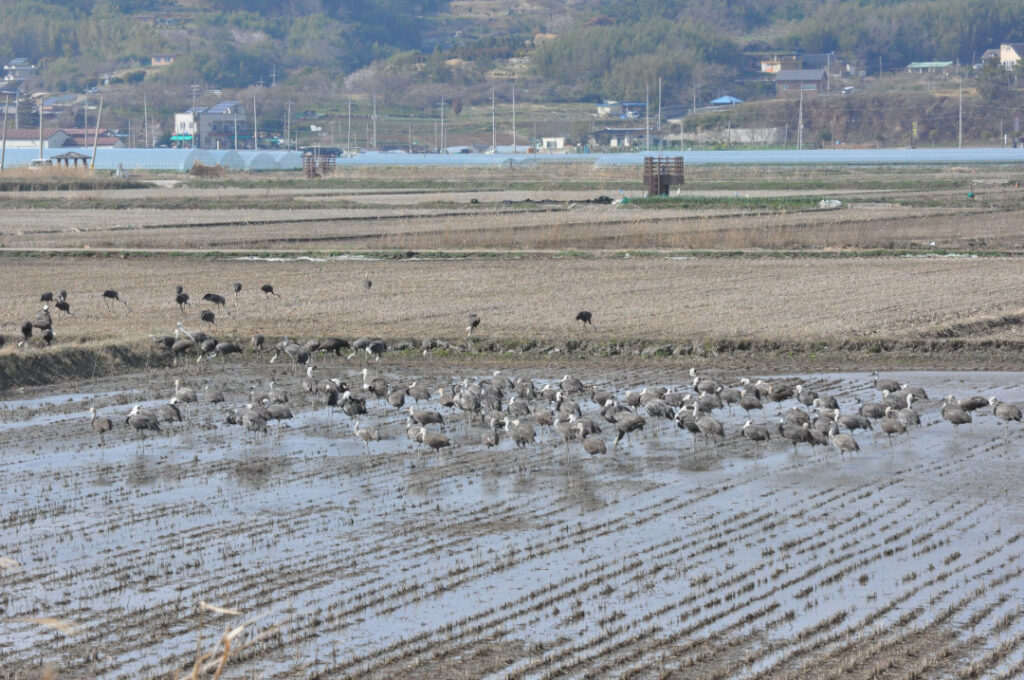 On 1 November 2022, a Hooded Crane was found dead at Izumi, Japan and about one week later it was confirmed to be HPAI positive. Numbers of dead birds escalated since, reaching a daily peak of 74 dead Hooded Cranes collected on 17 November. Dead White-naped Cranes were recorded starting on 14 November. The number of daily totals of dead cranes decreased to less than 15 carcasses found from 8 December. As of 23 December 2022, the total number of carcasses of Hooded Cranes collected at Izumi were at least 1,097 and White-naped Crane at least 47. Three Hooded Crane carcasses testing positive of HPAI were collected from Kyushu: 2 from Isahaya and 1 from Akune (Information from the website of Ministry of the Environment Japan, link).

Movements of cranes departing from Izumi, Japan were observed from late November. At the same time, there was a surge in the number of Hooded Cranes wintering at Suncheon, Ro Korea. It was speculated some cranes moved from Izumi to wintering sites in Ro Korea. This was proven by Hooded Cranes tracked by Dr Li Xianda in China (from Izumi, Japan to Chonsu Bay, Ro Korea in late November 2022). However, such movement is not irregular as Dr Li’s tagged Hooded Cranes were also recorded travelling between wintering sites in Japan and Ro Korea in 2020 and 2021 (Per. comm. from Li Xianda to Simba Chan).

On 20 November one sick Red-crowned Crane was captured in Kushiro, Japan and it was tested HPAI positive one week later. However, this should be seen as an independent case of HPAI from the wintering grounds in western Japan.

In response to the HPAI outbreak, the Crane Working Group of the EAAFP held an emergency zoom meeting on 12 December and a proposal for reactions to the HPAI in the EAAF region was submitted to the EAAFP Secretariat. The Crane Working Group also sent warnings to other crane wintering sites. So far no abnormal crane deaths has been reported from China and the wintering sites were advised not to artificially feed cranes to avoid concentrations of cranes and other wintering birds. The Crane Working Group has also contacted crane researchers in Israel on possible links between the present incident and the HPAI outbreak at Hula Valley in December 2021, in which about 8,000 Eurasian Cranes died. Advice from Israeli colleagues was to remove crane carcasses especially those in water as quickly as possible and also avoid artificial feeding that would result in concentration of birds.

In late November to early December, 34 dead Oriental Storks were found near Tianjin, at the coast of Bohai, China. Poisoning from poachers and HPAI have been ruled out and the cause of death is still under investigation. On 24 November and 12 December, dead Black-faced Spoonbills were found at Mai Po Nature Reserve and Hong Kong Wetland Park in Hong Kong S.A.R. respectively, were confirmed to be HPAI positive. On 9 December another dead Black-faced Spoonbill collected at Kumamoto Prefecture, Japan was also found to be HPAI positive.

It is speculated more birds may have died during migration but were not found or reported. At the time when this news release was written, catastrophic HPAI outbreaks are occurring in Latin America, particularly along the coast of Peru where more than 20,000 dead seabirds (majority Peruvian Pelicans) recorded.

The massive outbreaks of HPAI that started in western Eurasia in late 2021 are now being recorded in the East Asian Australasian Flyway. The Crane Working Group contacted other species working groups and task forces and almost all agreed on actions that should be taken as soon as possible. While we proposed strategies to be discussed at meetings in 2023, we also urge managers and local stakeholders at important waterbird/seabird sites to take precautions as suggested below, and countries along the flyway should keep in close communication on new cases of outbreaks.