Eaaflyway > All News > The Role of Us, to Coordinate with DPRK for the environment of the Korean Peninsula.

The Role of Us, to Coordinate with DPRK for the environment of the Korean Peninsula.

On 10 April 2019, there was an event in Seoul, Republic of Korea, titled “The Role of Us, to Coordinate with DRRK for the environment of the Korean Peninsula.” held by Korea Safety Health Environment Foundation. The event mainly aimed to share the previous coordinating progress in the Korea Peninsula and confirm the will to continue this effort sustainably. Also, it was an opportunity for EAAFP to share the last experience of visiting DPRK to look around the designated sites and communicate on the way to conserve wetlands and waterbirds.

The first presenter was Dr. Jong Seok Lee, former Minister of Ministry of Unification (2006) and Principal Research Engineer of Sejong Institute currently. He presented the dramatic changes of the Korean Peninsula’s political circumstance, which means there could be more opportunities to approach DPRK than before. He also added that DPRK started to be concerned about their environment so that they have been making a few laws related to conserving nature as well as legalizing the Environment Impact Assessment. However, according to other research and visit, the most urgent problems seems like its hydrological management and deforestation of the soil. Lastly, he advised that this whole process should be supported by enough environmental experts, not by political experts, to pursue sustainable development and coordination of the Korean Peninsula.

Secondly, Dr. Je Yong Yoon, who is a Professor of Seoul National University and President of Korea Environment Institute(KEI), made a speech on the efforts that Republic of Korea(ROK) should put to contribute to Korean Peninsula’s environment and on the necessity of public-private coordination. He shared the basic environmental circumstances of DPRK such as vulnerability to climate change, disasters and deforestation. He pointed out that the access to this information is all limited, though. 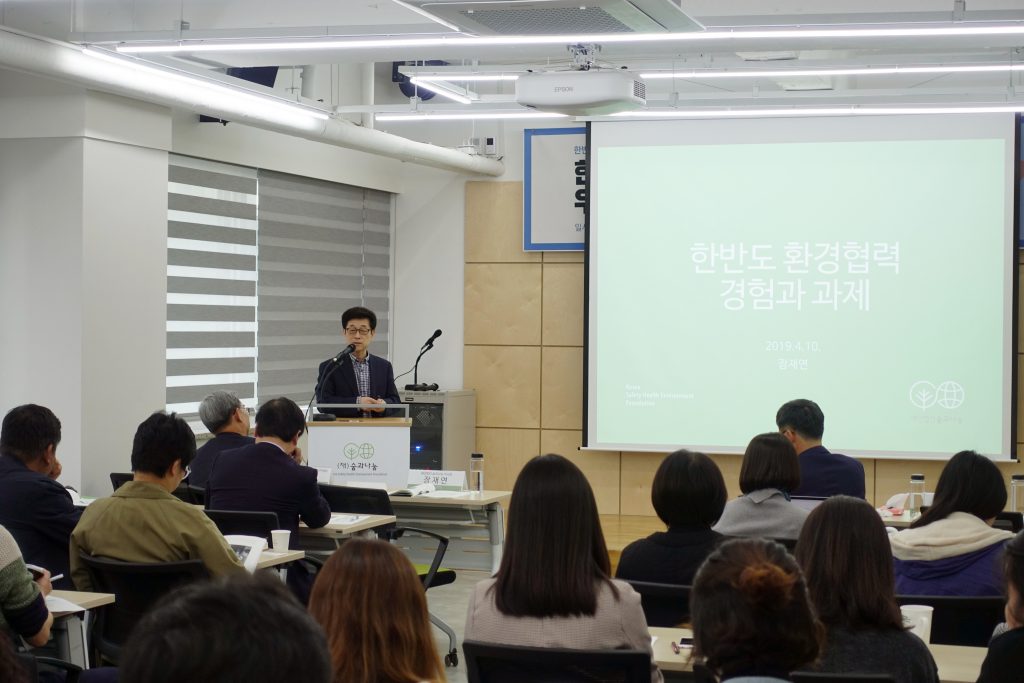 The next speaker Dr. Jae Yeon Jang, who is a president of Korea Safety Health Environment Foundation, shared a couple of times of visiting experiences before in order to work together with DPRK environmentally. As the Dr. Yoon pointed out, he also said that overall information estimated or obtained has been outdated more than 10 years, so that it is dangerous to judge the environment of DPRK simply by looking at a glimpse of some parts of it. He expressed that this gathering will be continuing to discuss the collaboration between civic society, government, and the scholarship, and this is an important milestone for the beginning.

The last session was a panel session between the speakers, experts and the participants. Besides the previous speakers, Choony Kim, Vice President of Korean Federation for Environmental Movement(KFEM) introduced a couple of activities of international organizations which have been able to communicate with DPRK such as UNEP, Ramsar Wetland Convention and EAAFP. As described above, DPRK has become one of our Partnership countries since 14 December 2018. As a participant, our Programme Officer, Ms. Hyeseon Do, made a short explanation regarding on how EAAFP are connecting with DPR Korea and shared the last visiting experience briefly.

Overall, all the participants agreed that unfortunately, there were some limitations when it comes to obtaining DPRK’s exact environmental information. However, it shouldn’t be frustrated or discouraged simply. Instead, ROK government, scholarships and private sectors try to engage in through each others’ coordination. Besides, It was also suggested to raise the opportunities via the existing international organizations; activities, which are comparatively irrelevant with political fluctuations, like EAAFP. For example, EAAFP is seeking out an SIS(Sister Site Arrangements) between Hwaseong Wetlands in ROK and Mundok Wetland in DPRK and Adelaide International Bird Sanctuary in Australia. EAAFP hopes to develop a range of activities so that it can raise awareness between the countries and contribute to improving their relationships as well.

If you look for more activities that EAAFP has done with DPR Korea, please check the articles and the press release below. 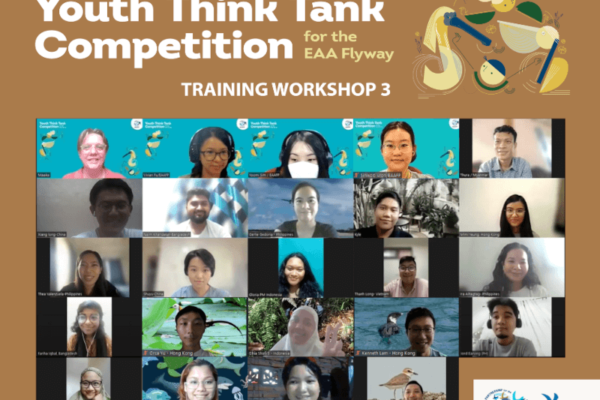