It was not until June 2000 that the first Chinese Crested Tern (Thalasseus bernsteini) breeding colony was discovered in Matzu archipelago by Liang Chieh-teh. Since then, the colonies at Matzu, Jiushan and Wuzishan archipelago were confirmed as the only three known breeding areas. In the past decade, it’s generally believed that the global population of the Chinese Crested Tern amounts to fewer than 50 individuals. Because of the rarity of this species, it is known as “The Mystic bird[1]” in Taiwan.

Banding and monitoring terns in Matzu has been conducted by NTU and WBST. Since the beginning of the program in 2008, nearly 300 individuals of Greater Crested Tern, Bridle Tern and Roseate Tern have been banded. After the regular tern banding operation on Tiejien Island ended on July 18 this year, on August 5 Le-Ning Chang, PhD. student from the School of Forestry and Resource Conservation in NTU, was surprised to see that the chick marked with a flag A74 had black-tip bill and white covert feathers. This was the first banded Chinese Crested Tern in the world and also the first record of a Chinese Crested Tern in immature plumage.

According to satellite tracking data of Greater Crested Tern in Matzu, 2008, there is an interchange among the tern populations of the three breeding sites. Re-sighting banded terns can also provide important information of the population dynamic. As the first Chinese Crested Tern chick was banded and fledged this year, we are looking forward to learning more about its wintering and stopover sites, life history and breeding ecology. This study was founded by Forestry Bureau and Ministry of Science and Technology, Taiwan. 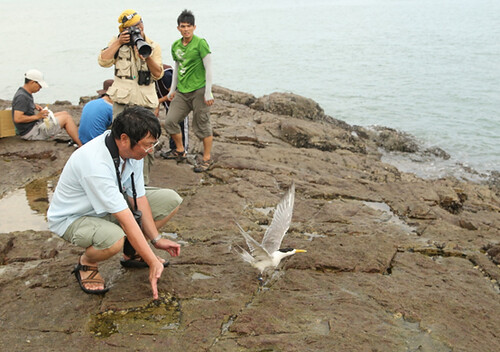 A banded Greater Crested Tern released by Ruan Jin-Song, the director of WBST. 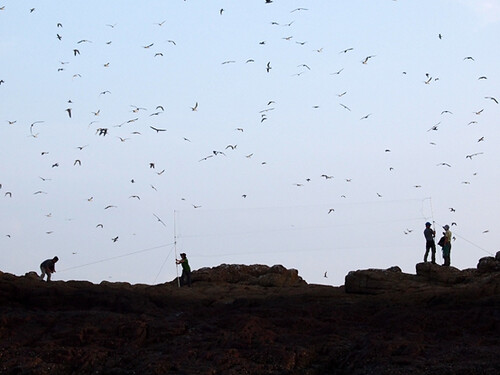 The banding group setting up a mistnet on Tiejien Island. 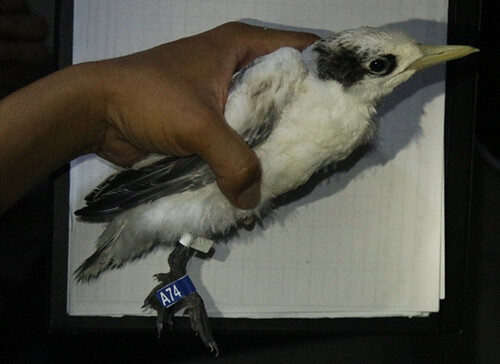 The 3-weeks-old banded A74 chick on 18 July, notice the light yellow bill without black-tip. 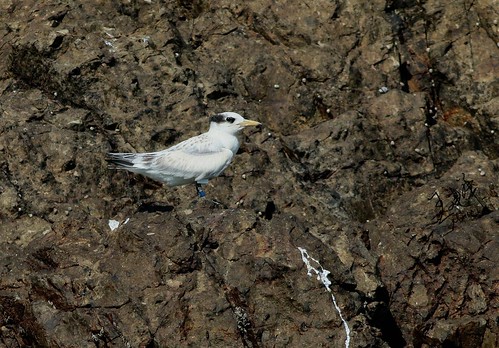 The banded A74 chick on 5 August, the tip color of bill has turn into black. /Photo by Wang Hao 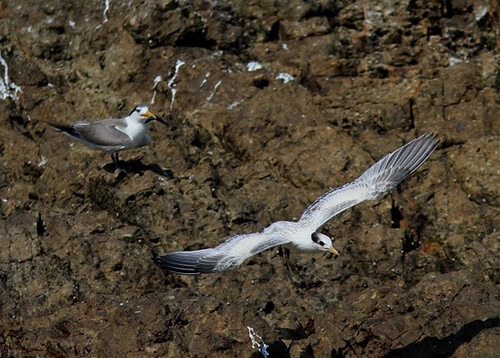 The A74 chick has fledged on 6 August. /Photo by Wang Hao

This study was founded by Forestry Bureau, Lienchiang County Government and Ministry of Science and Technology, Taiwan.